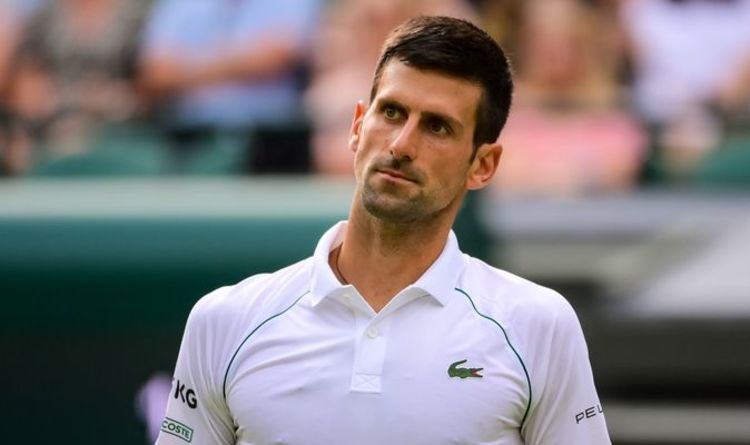 Novak Djokovic’s dominance in 2021 continued with another masterclass on Centre Court at Wimbledon as he brushed aside Cristian Garin in straight sets. Djokovic remains on course for the extremely rare ‘Golden Slam’ – winning all four majors and an Olympic gold medal in the same calendar year.

No player appears to be near Djokovic’s level on any surface with the world No 1 slowly becoming unbeatable on grass.

He’s arguably been the most dominant player over the past decade having won 18 of his 19 Grand Slams in the last 10 years.

There was a time between 2016 and 2018 when Djokovic was held back by a number of injury issues.

But his win at the 2018 Wimbledon Championships has seen Djokovic kick on in his goal to break the Grand Slam record held by Roger Federer and Rafael Nadal. 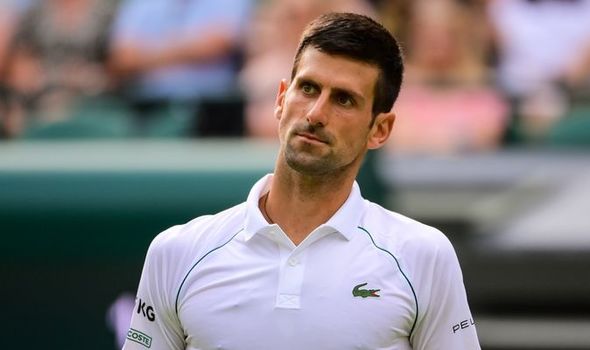 The Serbian has made no secret of his desire to become the all-time record holder.

And that determination often spills over with passion and anger on the court.

At the US Open last year, Djokovic’s on-court frustrations came back to bite him when he retaliated to losing his serve by taking a ball out of his pocket and smashing it behind him, inadvertently hitting a line judge in the throat.

He was defaulted from the tournament before issuing an apology having checked on the welfare of the woman he hit.

Djokovic returned to action just a week later under a cloud at the Italian Open, but let his tennis do the talking this time with a comfortable win at the Masters 1000 event.

A loss in the French Open final to Rafael Nadal and later defeat to Dominic Thiem at the ATP Finals proved to be a brief stumbling block though.

Since the turn of the year, Djokovic has been a man possessed in Grand Slam tennis with laser-eyed focus on winning the biggest trophies.

He barely broke sweat in winning the Australian Open before becoming the first man to defeat Nadal in the semi-finals at Roland Garros.

Now at Wimbledon, Djokovic is on the verge of realising his goal in seeing his name alongside Federer and Nadal with all three potentially sitting on 20 Grand Slam titles.

Garin was never going to be a problem for Djokovic in this form, but it’s currently hard to see any player giving the world No 1 any problem before Sunday’s final.

He faces either Marton Fucsovics or Andrey Rublev in the quarter-finals on Wednesday.

And there is a possibility that Federer could await the Serbian tennis star in the final with his rival on the other side of the draw.

July 5, 2021 Tennis Comments Off on Novak Djokovic putting US Open drama behind him in reaching Wimbledon quarter finals
NFL News