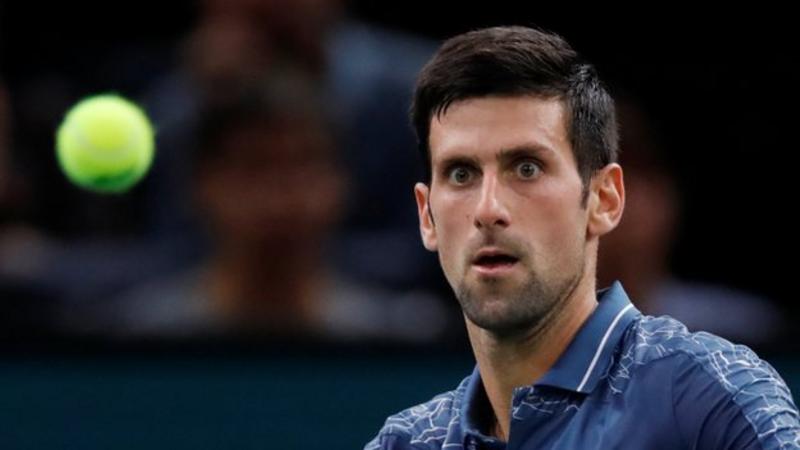 Novak Djokovic broke off from serving for victory against Joao Sousa to help a spectator who was taken ill at the Paris Masters.

The match came to a stop as the spectator was attended to, with Djokovic providing him with a towel before he left his seat for treatment.

The world number two was nearly broken when play resumed but served out for the match to win 7-5 6-1.

Djokovic will play Bosnian Damir Dzumhur in the third round.

World number one Rafael Nadal and number three Roger Federer will start their campaigns at the tournament on Wednesday.