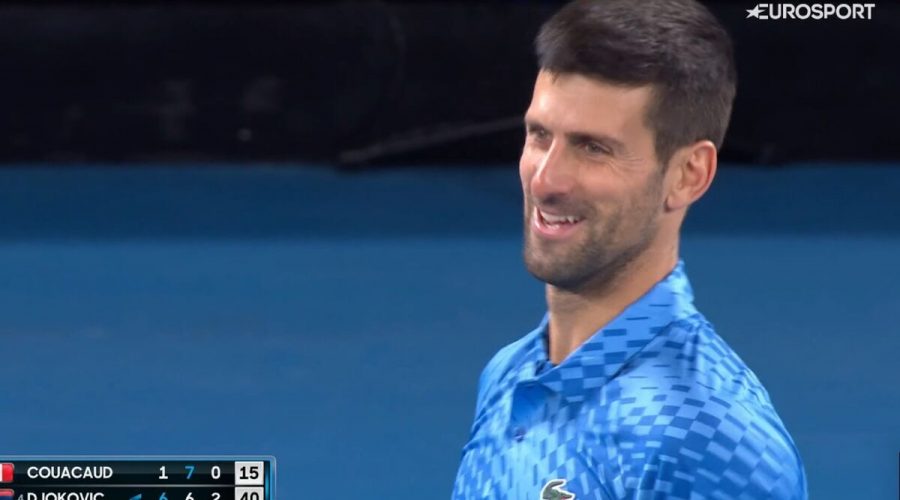 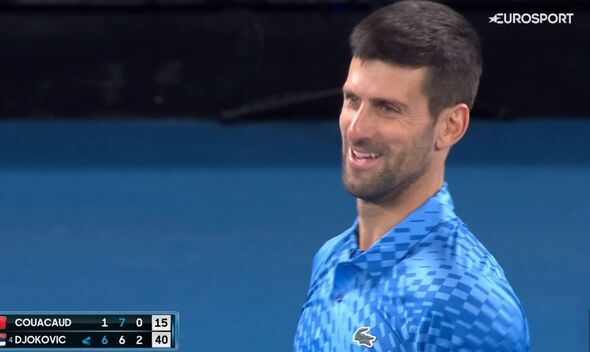 Novak Djokovic was glad someone else stepped in to tell a rowdy spectator inside the Rod Laver Arena to “shut up” during his match against Enzo Couacaud. Djokovic looked set for another comfortable win at the Australian Open in the early stages of his match against the Frenchman.

Couacaud twisted his ankle in the fourth game and immediately called for a medical timeout, raising concerns that he would pull out. After several minutes of treatment, he was able to return to the court but looked in some discomfort as Djokovic raced to a one-set lead.

But that all changed in the following set as the painkillers appeared to kick in and he started to trouble Djokovic. The French qualifier, playing in the Australian Open main draw for the first time in his career, forced a tiebreak against the nine-time champion.

The crowd inside Rod Laver Arena soon put their support behind Couacaud and he was able to use that energy to tie the match and take the second set. Djokovic was showing signs of frustration at the crowd not being on his side, but soon took control in the second set to stop any chance of Coaucaud building more momentum.

He broke early in the third set and was soon on his way to make it 3-0. But the Serbian tennis star was disrupted by a rowdy spectator as he was preparing to serve at 40-15 in the third game.

Some inaudible shouting could be heard as Djokovic took a step back from the baseline. While Djokovic was recomposing himself, another spectator shouted “shut up”, which drew a sigh of relief from the No 4 seed.

“Thank you,” Djokovic shouted in return while smiling. “Finally.” The 35-year-old’s response went down well with the majority of fans inside the Rod Laver Arena.

There was big applause from the spectators while Couacaud was also able to see the funny side. There’s already been a number of disruptions from rowdy spectators throughout the early stages of the Australian Open.

A small group of spectators were kicked out of the stands for excessive and loud chanting during Cameron Norrie’s match against Constant Lestienne. Denis Shapovalov was also unhappy with a group of fans for making noise during his last match.

January 19, 2023 Tennis Comments Off on Novak Djokovic has Aus Open crowd in stitches after fan told ‘shut up’
NFL News