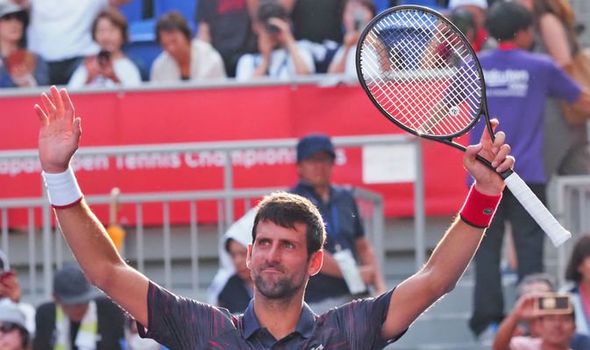 Novak Djokovic admitted he produced a ‘flawless’ performance to beat Lucas Pouille 6-1 6-2 at the Japan Open in Tokyo.

Pouille had lost his two previous meetings with Djokovic and his hopes of springing upset were quickly extinguished as the world No 1 led 6-1 4-0 in just over 30 minutes.

And Djokovic completed the win in less than an hour to book his place in Saturday’s semi-finals.

After the match, Djokovic expressed his delight at how he performed.

“It was definitely one of the best matches I’ve played this year,” Djokovic said.

“Best one of this week [and it] came at the right time.

“I thought Lucas was playing really well the first couple of matches in this tournament.

“I saw him play a couple of days ago against [Yoshihito] Nishioka and he was playing really well. 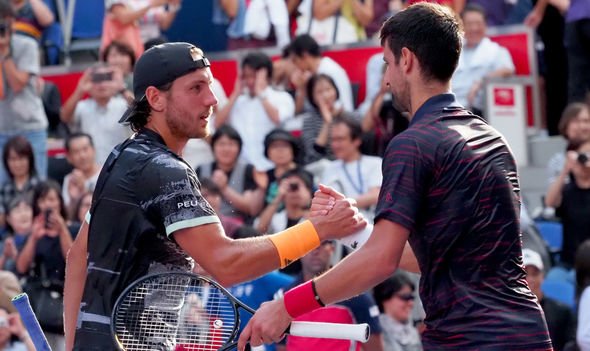 “I took away the time from him. I served well, served many aces, returned a lot of his serves back and just used every opportunity to come in.

Djokovic’s stroll through his draw is even more surprising considering the doubts about his fitness before the tournament with a shoulder injury.

But the Serbian admitted his shoulder has been getting better with every match.

He added: “It has actually being feeling better and better as the tournament progresses.

“So hopefully it is going to stay that way.”

Djokovic will play Belgian David Goffin for a place in the final against either Reilly Opelka or John Millman.