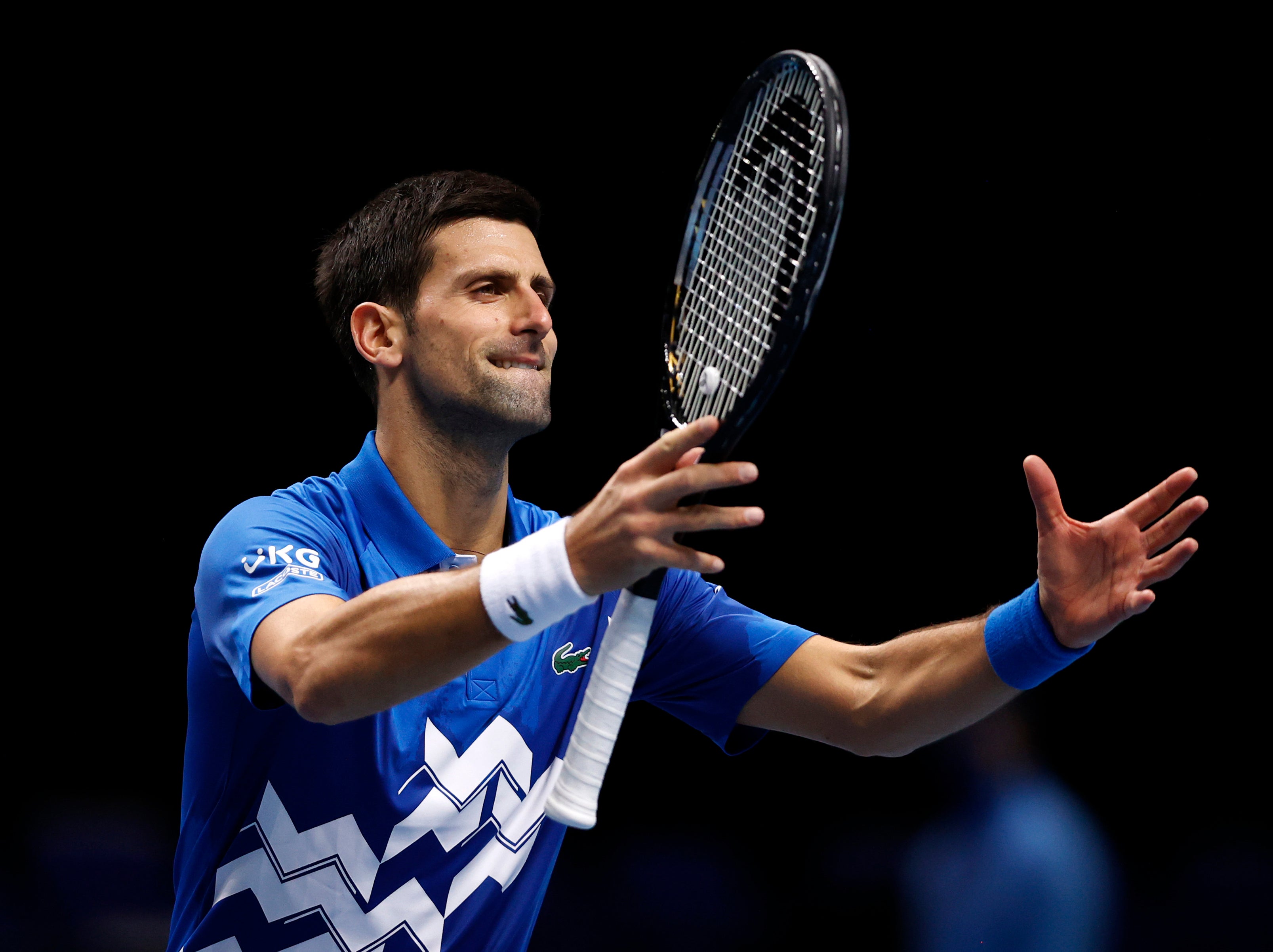 Sunday’s final will end the tournament’s 12-year stay in London before it re-locates to Turin.

Djokovic was soundly beaten by Zverev in the 2018 final, a match played out in an electrifying atmosphere in front of 18,000 fans. This time the arena was empty because of the Covid-19 lockdown, a surreal backdrop for a match with so much riding on it for both men.

Despite the flat feel, Djokovic was quickly into game-mode and when world number seven Zverev double-faulted to drop serve in his first service game he seized control.

Zverev dug in his heels in the second set but missed a chance for an early break before recovering from a couple of double faults to fend off a break point in the following game.

Djokovic looked frustrated at times and twice had to hold serve to stay in the set.

The 17-time Grad Slam champion raised the intensity level in the tiebreak, edging 5-3 ahead with a fizzing backhand pass. He brought up two match points with a hefty first serve before pressurising Zverev into an error to complete victory.