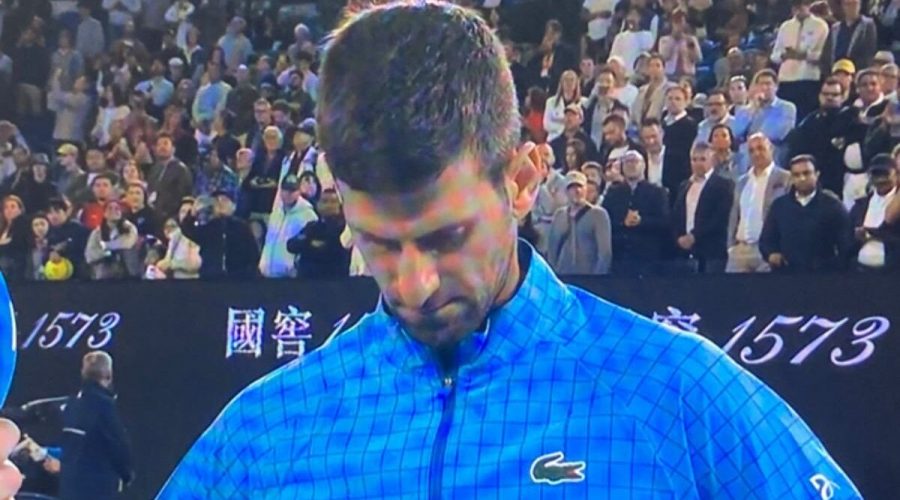 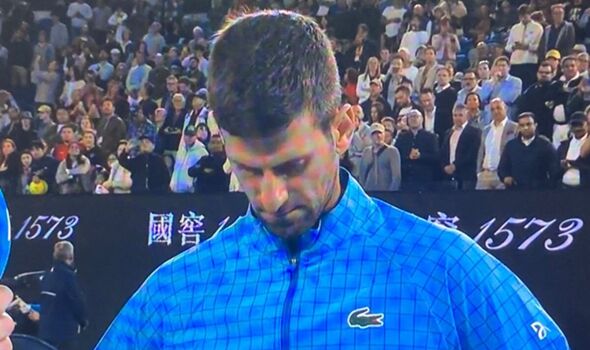 Novak Djokovic appeared irked and agitated during his on-court interview following an eventful win over Enzo Couacaud at the Australian Open. The No 4 seed had a much tougher time of it in the second-round than his opening match on Rod Laver Arena.

His French opponent looked down and out just four games in after suffering a twisted ankle. Djokovic quickly wrapped things up in the first set, but Couacaud incredibly rallied to level things up in the second.

The crowd inside Rod Laver Arena were beginning to get behind the French qualifier in the hope of seeing a major upset. And that appeared to frustrate Djokovic at times as he battled his own issues having suffered a flare up on his hamstring injury.

He appeared to see the lighter side of an interruption from the crowd during the third set when someone else stepped in to yell at them to “shut up”, prompting Djokovic to laugh and reply “thank you, finally”. But his happy demeanour soon subsided in the fourth set when a spectator continued to call out during his serving motion.

Djokovic lost his cool and exploded at the umpire, demanding the fan to be kicked out. The nine-time Australian Open got his wish and was eventually able to see out the match, but he clearly wasn’t in a good mood after the win.

Djokovic was looking at the ground as he began his on-court interview and appeared irked. Appearing to make reference to the crowd disruptions, Djokovic started: “Well, there was a lot happening tonight in tonight’s match.”

He did pay his respect to Coaucaud for pushing him to a fourth set in a touchy class from the former world No 1. “Enzo deserves credit for the fight,” he added. “He played some really great tennis, especially in the second set.

“Deservedly pushed the match into four sets. We both had some medical timeouts and struggled a little bit, but I managed to respond well in the third and especially in the fourth.”

Djokovic then seemed almost shocked and taken aback when a fan shouted out “love you Novak”. “Love you too, thank you,” Djokovic replied with a smile.

But Djokovic still appeared as though he wanted to wrap things up quickly to get off the court. He gave a quick wave to the crowd before making his way to the tunnel, although he did still stop to sign some merchandise for some of his fans.