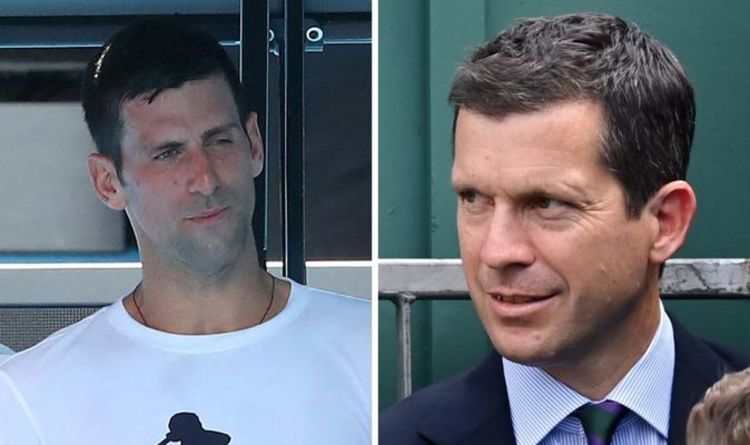 Djokovic back to training in Australia after court victory

Novak Djokovic has been warned by Tim Henman to expect a “very hostile reception” at the Australian Open. The world No 1 caused a stir last week when he announced that he’d been granted a ‘medical exemption’ to enter Australia.

The announcement led to an outcry of frustration from Australians, who have dealt with harsh lockdown restrictions ever since the pandemic started.

Back in November, Tennis Australia announced that all players competing at the Australian Open would need to be vaccinated.

That stance then softened at the end of December with Craig Tiley confirming a few players would be granted a medical exemption.

But Djokovic’s hopes of competing in the first major of the year almost ended before they even began.

He was detained by Border Force officials with his visa being revoked after Djokovic failed to provide appropriate evidence to meet the entry requirements into Australia.

Djokovic was then moved to a detention hotel for several days while he waited on the court hearing.

The 34-year-old ended up winning the case to have his visa reinstated and has since been pictured training at the Rod Laver Arena ahead of next week’s Australian Open.

He could still have the decision overturned though which would potentially see Djokovic miss out on competing next week.

As it stands, Djokovic is expected to be included in the draw which takes place on Thursday.

And Henman believes Djokovic will have to contend with a bitter Australian crowd when he does take to the court.

“I think it will be a very hostile reception,” he told Eurosport.

“We all know what the Australian people have been through over the last couple of years and the hardships of the lockdowns, and I don’t think in my opinion Djokovic will be well received when he goes on the court.

“I think that’s unfortunate for the tournament. It’s a great event in Australia and they’ve had their challenges over the last couple of years.

“I hope it’s not a cloud that remains over the tournament.

“Knowing Djokovic’s attitude, he seems to thrive within that sort of confrontation though.

“It’s obviously not the ideal preparation to be stuck in a room for four or five days but I’m sure he’s very relieved to be out and excited about the opportunity.

“Given his record in Melbourne, having won nine times, he is going to be he’s going be very difficult to beat I think.”