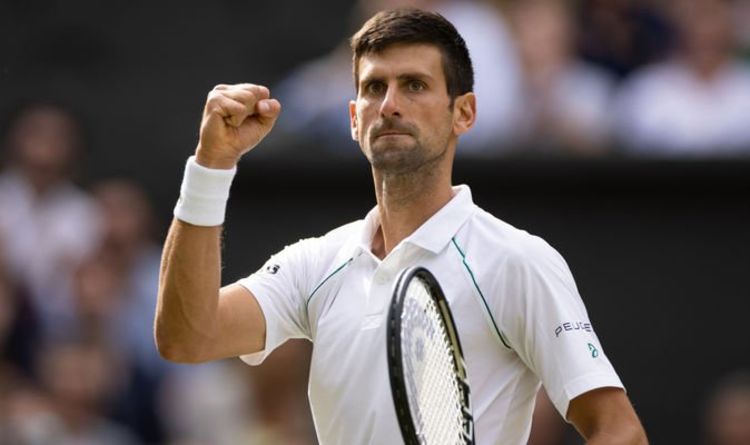 Tennis Grand Slams: Who is the greatest of all time?

Novak Djokovic has been told how he can complete an historic clean sweep of Grand Slams in a calendar year at the US Open in August.

The World No 1 has already lifted the Australian Open, the French Open and the Wimbledon Championship this year and will bid for a quadruple in New York in the coming months.

It came after he ended Rafael Nadal’s five-year domination of the French Open by beating the Spaniard in the final at Roland Garros.

JUST IN: Williams injury update as agent confident of US Open return

Only Rod Laver has ever won all four Grand Slams in a calendar year during the open era.

Djokovic could also win a Golden Slam after confirming that he will compete at the Tokyo Olympics.

But the 34-year-old has been warned by former coach Marian Vajda that he has already used a lot of energy by winning the first three Grand Slams of the year.

Vajda has also told Djokovic that he must ignore the media attention that will surround his pursuit of history.

“It is very demanding to win in New York,” Vajda told Tennis Majors.

“On a few occasions his energy dropped in the finals.

“New York is a very vibrant and emotional city, it can take a lot out of you.

“[Djokovic] loves to play in New York, but sometimes it is hard to stay calm and to keep your emotions in check all fourteen days.

“Night and day matches, humidity, the city… Also, it is the last Slam of the season, you have expended a lot of energy as a player by that point.

“He needs to avoid the media, because the media creates the pressure. Not to ‘avoid’  but to deal with it in the right way, and Novak knows how to do that.

“He won’t take some negative questions personally, for example. He has come a long way in handling that relationship.

“On the court, you just go out there and show your best. The court is Novak’s living room.”

Djokovic could move one ahead of Nadal and Roger Federer’s 20 Grand Slams with success at the US Open.

It has long been debated which of the Big Three players were the best.

Djokovic considers himself to be No 1.

“I consider myself best and I believe that I am the best, otherwise I wouldn’t be talking confidently about winning slams and making history,” he said after winning Wimbledon.

“But whether I’m the greatest of all time or not, I leave that debate to other people.

“I said before that it’s very difficult to compare the eras of tennis.