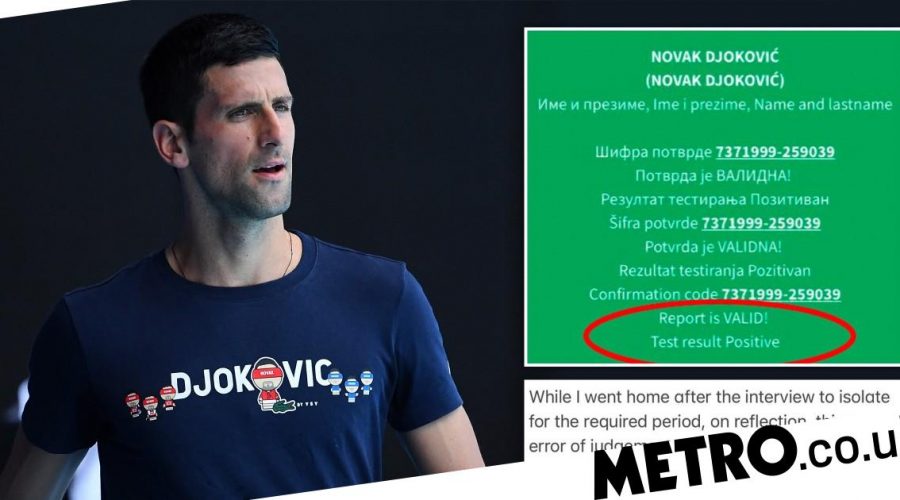 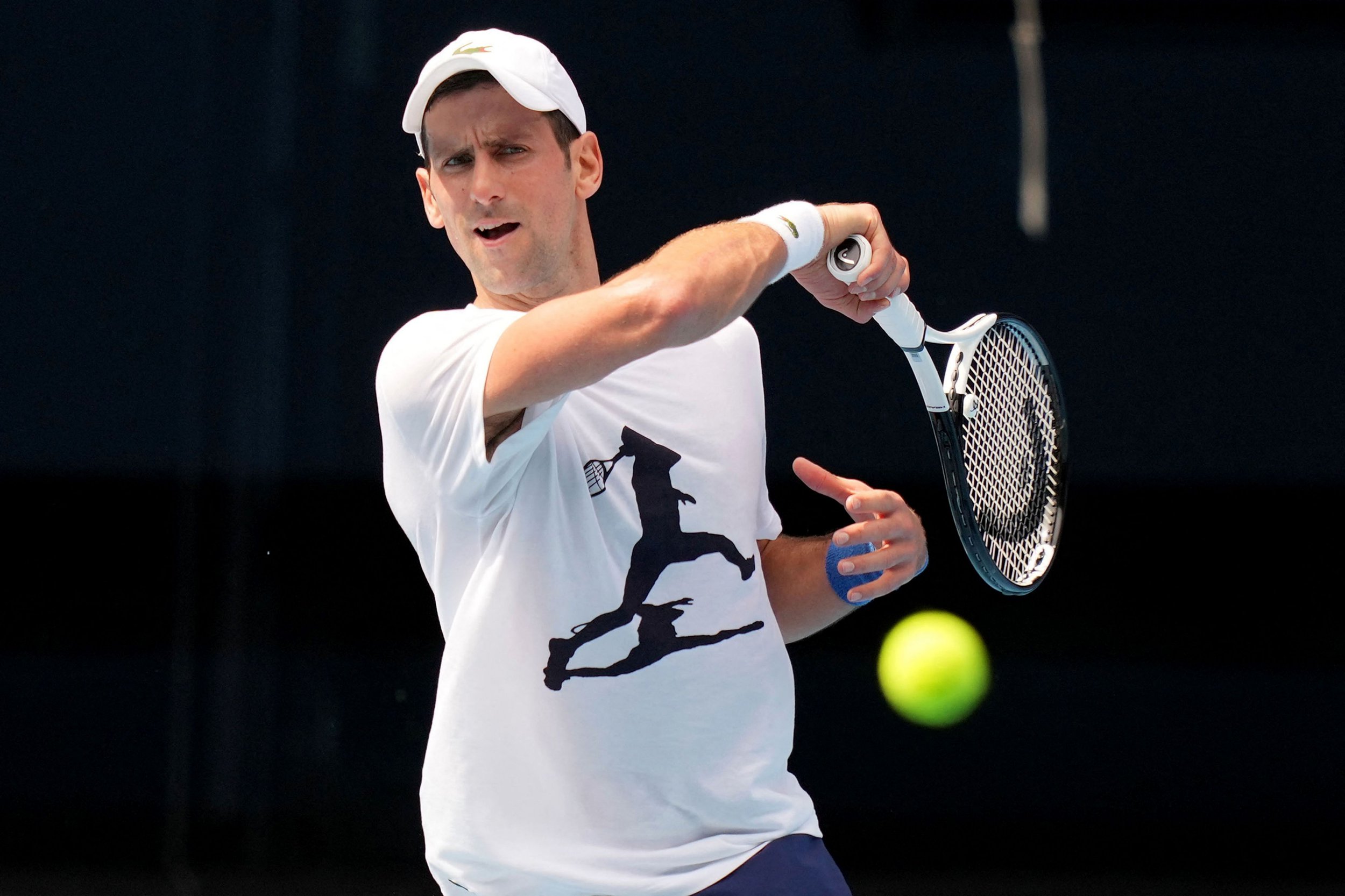 Novak Djokovic has confessed to making an ‘error of judgement’ by attending an interview with a French journalist having tested positive for Covid-19.

In a statement posted on Djokovic’s Instagram account, the 33-year-old also confirmed he was present at a children’s tennis event the day after being tested for the virus.

‘I had not received the notification of a positive PCR test result until after that event,’ the statement said.

‘The next day, on 18 December I was at my tennis centre in Belgrade to fulfil a long-standing commitment for a L’Equipe interview and photoshoot. I cancelled all other events except for the L’Equipe interview.

‘I felt obliged to go ahead and conduct the L’Equipe interview as I didn’t want to let the journalist down, but did ensure I socially distanced and wore a mask except when my photograph was being taken.

‘While I went home after the interview to isolate for the required period, on reflection, this was an error of judgement and I accept that I should have rescheduled this commitment.’

Djokovic’s statement also addressed the widely reported discrepancy in his travel declaration, published by the Federal Circuit and Family Court of Australia earlier this week. He attributed it to ‘human error’ on behalf of his agent.

‘On the issue of my travel declaration, this was submitted by my support team on my behalf – as I told immigration officials on my arrival – and my agent sincerely apologises for the administrative mistake in ticking the incorrect box about my previous travel before coming to Australia.’

‘This was a human error and certainly not deliberate. We are living in challenging times in a global pandemic and sometimes these mistakes can occur.’

Djokovic added that he wished to correct ‘misinformation’ which had caused his family significant distress, while he was also hopeful of playing down the threat his presence in Australia posed to the general public.

‘I want to address the continuing misinformation about my activities and attendance at events in December in the lead-up to my positive Covid test result,’ he wrote.

‘This is misinformation which needs to be corrected, particularly in the interest of alleviating broader concern in the community about my presence in Australia, and to address matters which are very hurtful and concerning to my family.

‘I want to emphasise that I have tried very hard to ensure the safety of everyone and my compliance with testing obligations.’

Australian immigration minister Alex Hawke has said a decision will not be made on Wednesday over whether to cancel Djokovic’s visa.

The minister has since Monday been considering personally intervening in the matter after Djokovic won his court battle against the Australian Border Force.

A spokesperson for the Australian immigration minister, Alex Hawke, said he was still considering use of his personal power to cancel Djokovic’s visa.

‘Mr Djokovic’s lawyers have recently provided lengthy further submissions and supporting documentation said to be relevant to the possible cancellation of Mr Djokovic’s visa,’ he said on Wednesday. ‘Naturally, this will affect the timeframe for a decision.’

January 12, 2022 Tennis Comments Off on Novak Djokovic admits to 'error of judgement' after testing positive for Covid
NFL News