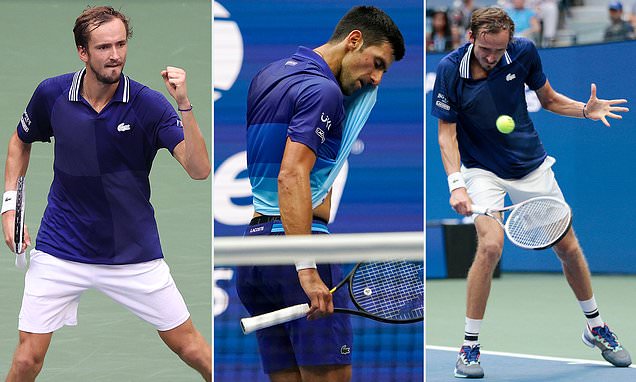 Novak Djokovic’s Grand Slam dreams were left shattered last night, along with the remnants of his racket.

The 34 year-old Serb, tearful during a third set changeover, missed out on his chance of history when he yielded the US Open final to world number two Daniil Medvedev.

Worn down by the pressure and wearied from previous exertions of the fortnight, he was beaten 6-4 6-4 6-4 in two hours and sixteen minutes. Emotions ran high, both when his smashing his implement in the second set and during one of the breaks, when he could be seen shedding tears of frustration.

One short of the 28 wins needed over the four Majors of the year, he is also left level with the absent Rafael Nadal and Roger Federer on the phenomenal total of twenty. Although there was a smidgeon of late resistance it was a strangely flat conclusion to what has been such an exhilarating tournament. 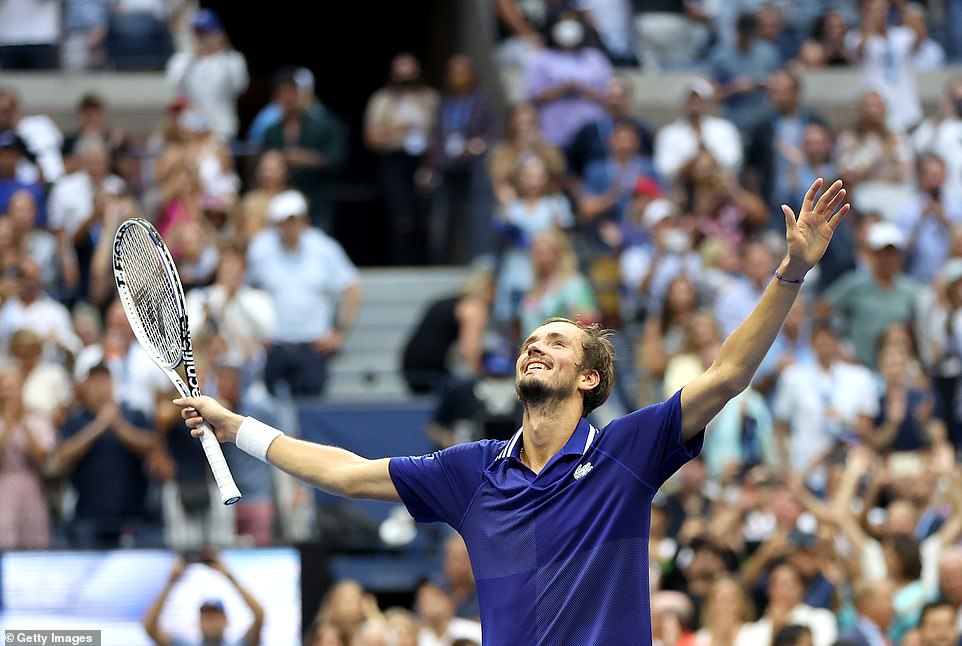 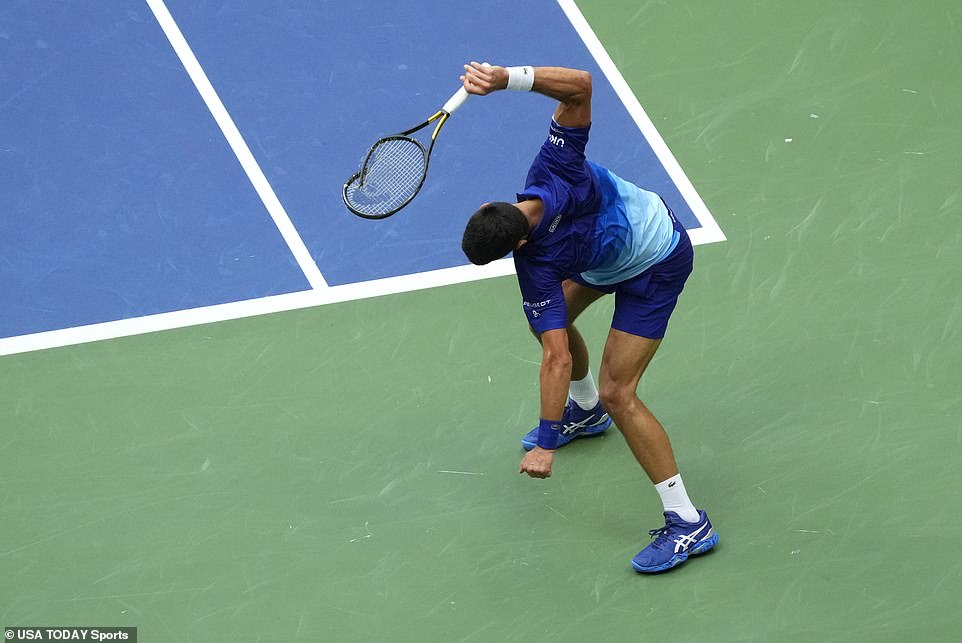 The Serbian couldn’t get in the game and was overwhelmed by his Russian rival, losing his shot at the historic Golden Slam 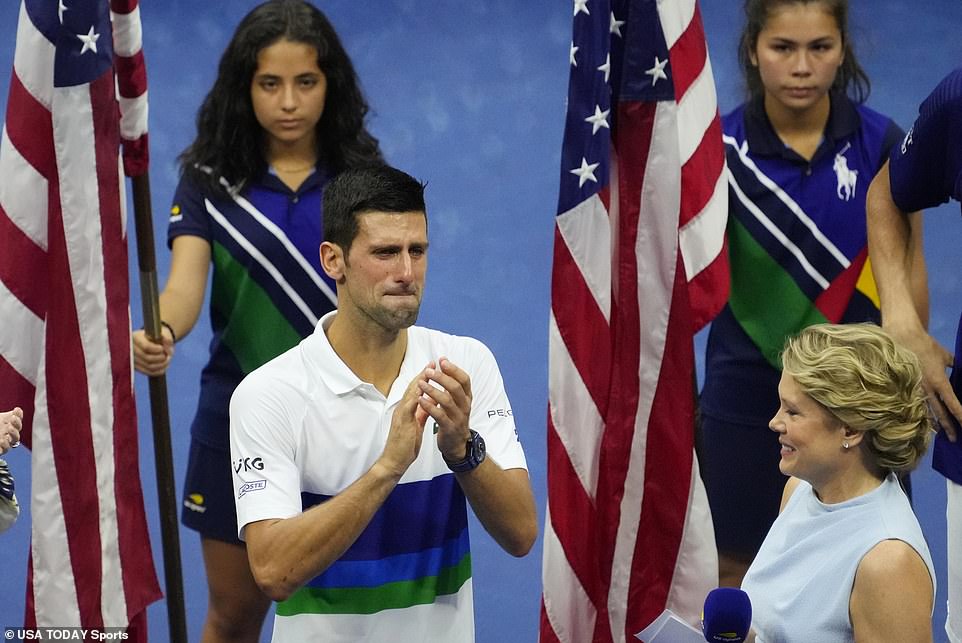 On the brink of history the emotions and nerves got to Djokovic, and he wept both in the final game and after the match

In Medvedev he has a potential problem in his ambitions to finally end the debate about who is the greatest of all time.

The rangy Russian is hungry and his game is of such dimensions that he is surely going to win more of the sport’s biggest prizes. At times he simply outclassed his opponent with the quality of his hitting, while his serve is absolutely deadly.

Somewhere Nadal and Federer might have been thinking that maybe this is not over, after all.

Medvedev, a quirky Muscovite whose clothes hang awkwardly off his wiry 6′ 6′ frame, becomes that rare thing in men’s tennis – a new champion.

When they come it tends to be at this venue. He succeeds Dominic Thiem and follows Juan Martin Del Potro, Andy Murray, Marin Cilic and Stan Wawrinka as winners here from outside the Big Three since 2009.

The Russian sped away to 4-0 in the third set but became nervous and double faulted on his first two match points before making no mistake with the third before an increasingly frantic crowd. 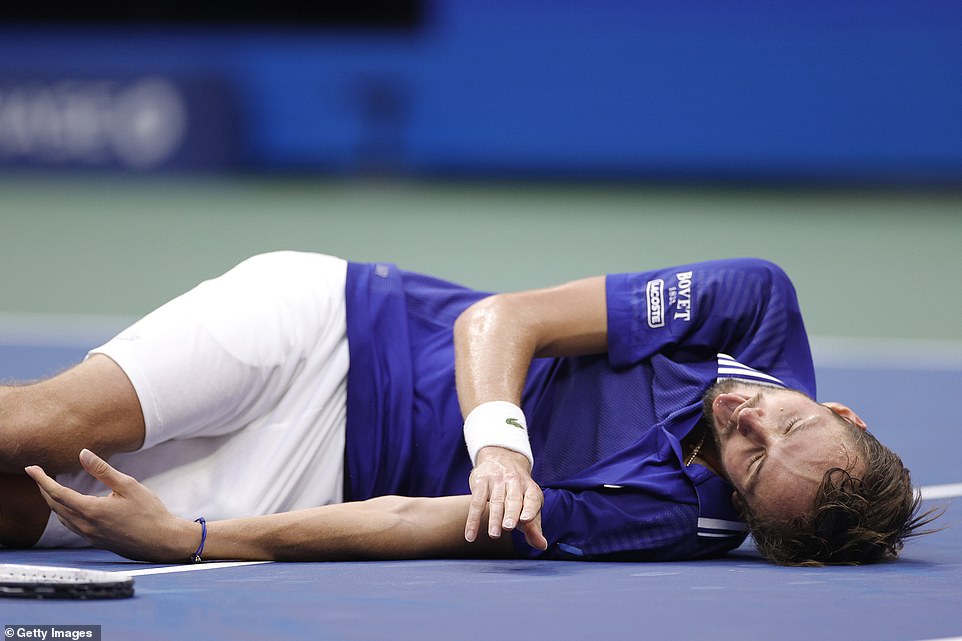 Medvedev collapsed to the floor when he took the championship point, in a reference to computer game series FIFA 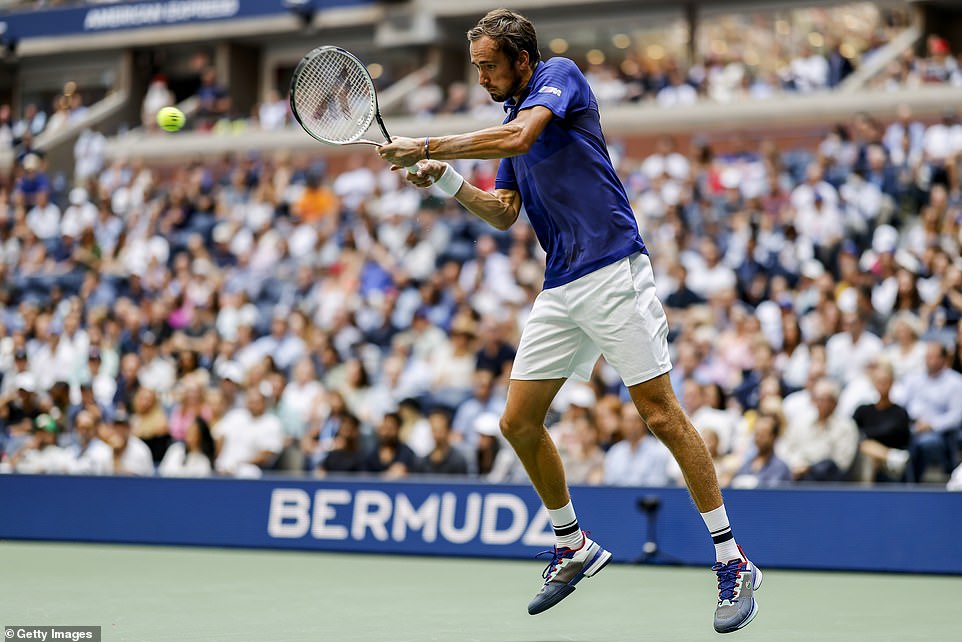 Medvedev dominated the great champion, putting in a flawless performance in New York for his very first Grand Slam

The man who won all four in 1969, Rod Laver, had flown in to watch, occupying the same kind of seat in which Virginia Wade has become a fixture during Emma Raducanu’s matches.

The Australian legend is the only man to have pulled it off in the post-1968 Open era although Donald Budge did the same in 1968. In those days three Slams were played on grass and one on clay, so there was not the same variety of surface to master.

Statistically, aside from the Nadal-dominated clay, this has been Djokovic’s least successful Grand Slam, perhaps a point in the season by which time he has expnded most of his energy.

That is very much by his own extraordinary standards. It is certainly dwarfed by his nine in Australia, and an added difference this year is that the courts are even faster than usual in New York.

This would suit Medvedev, especially with a serve that, without much fanfare, has become as potent as any shot in the men’s game.

His modus operandi is to run through his service games at a fair lick, therefore piling the pressure on opponents to hold their own. 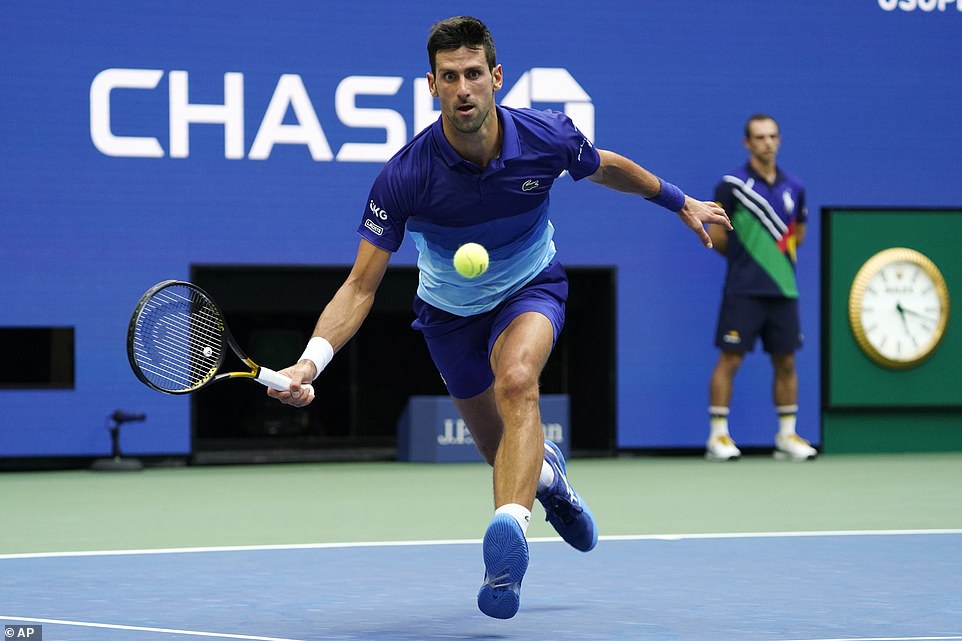 As if there was not enough pressure on Djokovic at the start, given what was at stake. It has also been a peculiar feature of this tournament that he has made terrible starts.

He was only the second player in tennis history to have dropped the first set in four of his matches and still made the final.

Therefore it was no surprise that Medvedev was see an early opening, and in the first game he was helped to a break by a Djokovic double fault. He then had two break points to make it 3-0, but could not give himself the cushion.

In February’s Australian Open final between the same players the Russian was starting to be in the ascendancy until the first pinch point arrived late in the first set before he subsided.

It was therefore a warning when at 5-4 he stepped up to serve it out in undramatic fashion. Ominously, at that stage he had won every point on first serve and only three on his second.

Djokovic bounced back in typical fashion early in the second but it was now that he was starting to boil over, his frustration finally ignited by the failure to convert three break points. In the fourth game he obliterated his racket by smashing it repeatedly into the ground to earn a code violation. 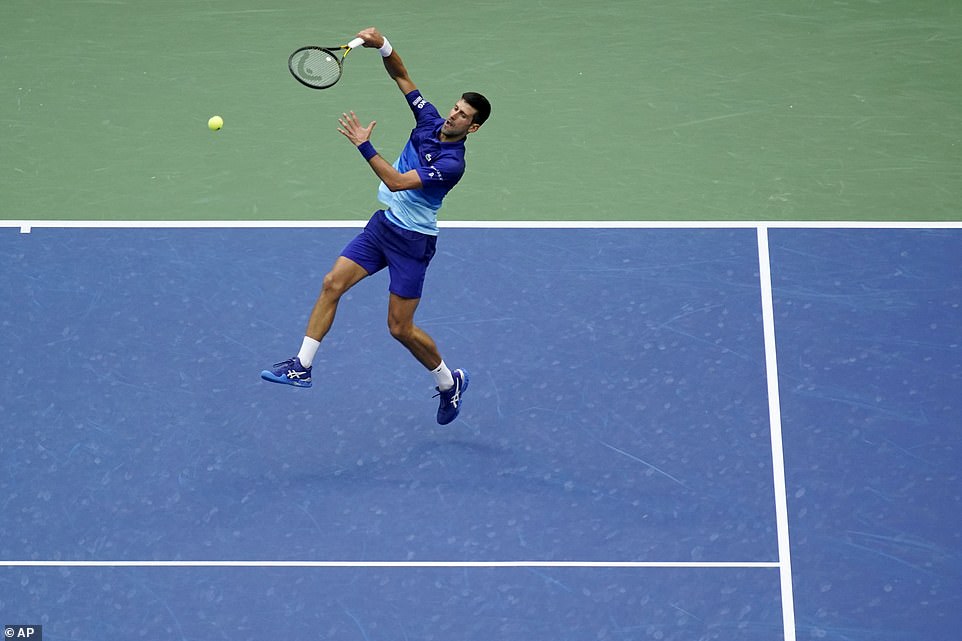 Being out-traded from the baseline in the next game the damage was compounded by him being broken. The Medvedev forehand would not win high marks for artistry but that, too, is a fearsome piece of artillery.

Medvedev reached set point, only to attempt a horrible dropshot that sat up waiting to be smacked away. Yet the best the world number one could do was bat it, lamely, into the tramlines.

As in the French Open final, against Stefanos Tsitsipas, he would need to come back from two sets down.

Standing almost halfway back to Manhattan to receive serve he broke at the start of the third, with Djokovic’s body language starting to sag and chances to bounce back going begging.

Given the modern ways of tennis it was a surprise he did not leave the court between sets. You could only wonder if he sensed that the game was up.

Resignation is something that you so rarely see with the 34 year-old Serb, yet there was an air of that as Medvedev broke him for a second time to give himself the luxury of a cushioned lead.

Afterwards Djokovic tried to hold back more tears as he thanked the crowd for a level of support that he is not used to receiving: ‘Tonight even though I have not won the match my heart is filled with joy because you guys made me feel very special on the court. I’ve never felt this in New York.

‘Congratulations to Daniil , amazing match and amazing tournament If there’s anyone who deserves a Grand Slam title right now it’s you.’

September 12, 2021 Tennis Comments Off on No Golden Slam for Djokovic! Medvedev DOMINATES to win the US Open
NFL News