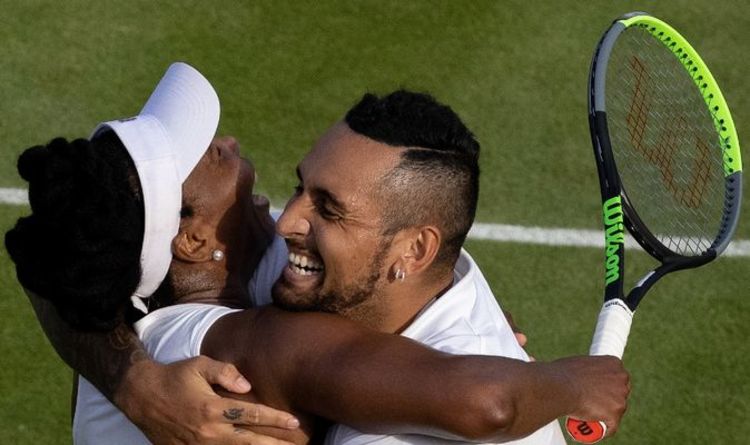 Nick Kyrgios admits it will be “heartbreaking” to discuss with Venus Williams the end of their doubles pairing at this year’s Wimbledon. The Australian tennis star retired two sets into his third round match on Saturday after sustaining an injury.

The Australian teamed up with the five-time Wimbledon champion to form a high profile doubles pairing.

But their journey looks to have come to an end after Kyrgios’s injury.

The former Wimbledon quarter-finalist beat Ugo Humbert in five sets over two days before sweeping past Italy’s Gianluca Mager in round two.

The Aussie began his third round match against Feix Auger Alliasime strongly, winning the first set 6-2 but injury soon struck as he found himself down 4-1 in the second.

And the Aussie could not hide his disappointment at the thought of having to tell Venus that their partnership was over. 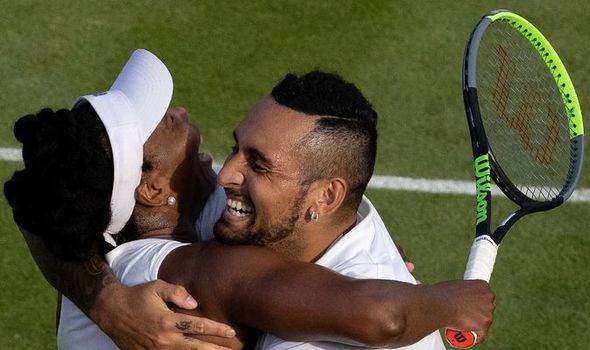 “It’s going to be heartbreaking. Obviously I’ll see her around. She obviously won’t be too happy about it too.

“She doesn’t know how many Wimbledons maybe she’s going to play again. She’s not taking any match for granted, whether it’s mixed doubles, doubles or singles.

“I don’t want to think about it at the moment. I’m just still a bit disappointed. 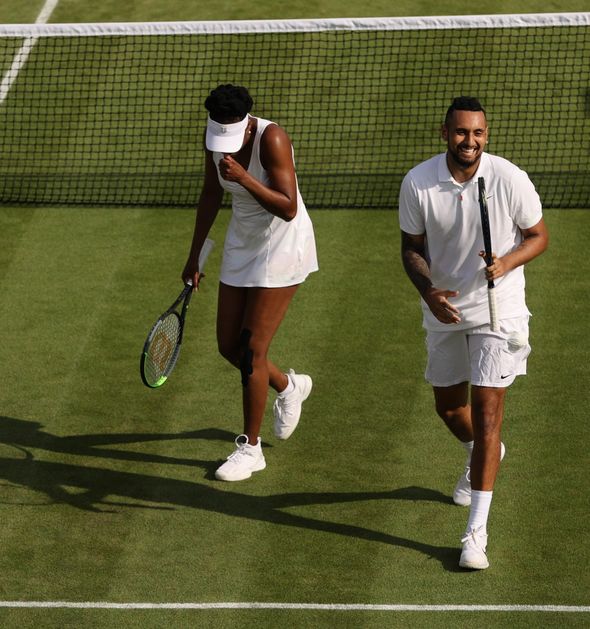 Kyrgios admits it’s taken a lot of sacrifice for him to be able to compete at Wimbledon this year.

He added: “I sacrificed a lot to be here, to try and play, put myself in a position to do damage.

“I wouldn’t have come here if I didn’t think I was going to be able to play a good level. I actually played better than I thought I was going to play.

“If I get past Felix today, which I looked like in the first set, I was playing lights out, I’m confident going in against Zverev. Just so many things that needed to fall into place.

“I’m just disappointed. I don’t want to think about telling Venus just yet.”