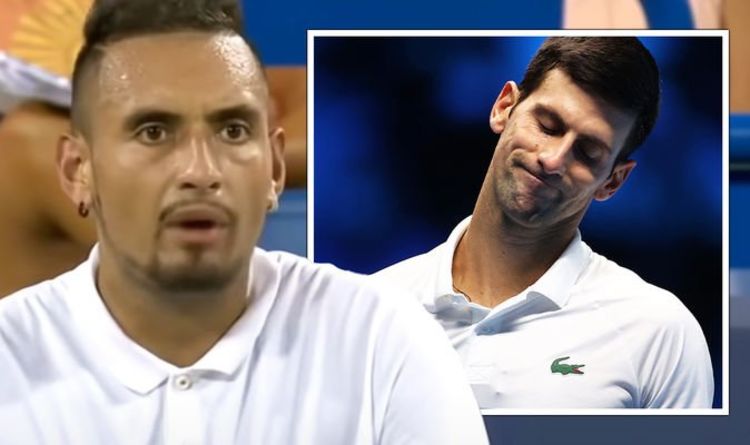 Australian tennis star Nick Kyrgios has launched an expletive-laden rant at Novak Djokovic’s critics after the Serbian was stopped at the border while heading to the Australian Open. Djokovic remains in an immigration detention centre ahead of a hearing on Monday to determine whether or not he can enter the country and play in the Grand Slam.

The Serbian player’s lawyers are working hard behind the scenes to clear the 34-year-old to compete at the tournament.

Djokovic has won the Australian Open on nine prior occasions, including the last three on the trot.

But there was public outcry in Australia when reigning champion Djokovic, outspoken in his opposition to being jabbed, was to be allowed into the country through a medical exemption.

He was subsequently denied entry into Australia after landing in Melbourne this week, with more clarity demanded on his exemption or vaccination status.

The issue has split opinion in a way that has transcended the tennis world, and Kyrgios was not shy in delivering his view on Djokovic’s critics even though the two have long been considered rivals.

“I commented, and then people are like, ‘Oh, you’re siding with Novak’,” he told the No Boundaries podcast.

“I’m not siding. The guy is a human, I just want him to be treated like one.

“Would we expect our [Australia’s] 20-time Grand Slam champion to be treated like this? No.

“This is Novak Djokovic. When we had the bushfires, he was supporting us.

“Most of the normal people talking s*** didn’t do s*** for the bushfires.

“I’m sure some of these people that sit on their f****** couches and comment all day, if they were in his position, wouldn’t back [it] at all.

“To put this to bed, I just hope it gets sorted out because it’s ridiculous at the moment.”

With new documents released on Saturday, Djokovic’s lawyers claim that the player should have been granted a temporary VISA due to a recent Covid infection.

There had been no earlier confirmation of the 20-time Grand Slam winner’s Covid case, which was confirmed by a PCR test on 16 December.

Controversy has even arisen out of that, however, in light of photos posted on Djokovic’s Twitter account which show him attending a ceremony the following day.