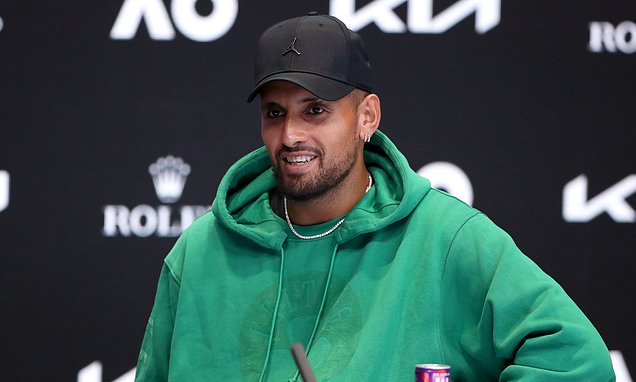 Nick Kyrgios jokes he ‘feels good’ about his tennis after watching Novak Djokovic dismantle his friend-turned-foe Alex de Minaur at the Australian Open: ‘How have I beaten this guy?’

The nine-time Australian Open winner marched into the quarter-finals at Melbourne Park after thrashing de Minaur 6-2 6-1 6-2 at Rod Laver Arena, showing absolutely no sign of being slowed down by his hamstring injury.

‘Watching Novak tonight makes me feel good about my tennis in general. How have I beaten this guy,’ Kyrgios tweeted. 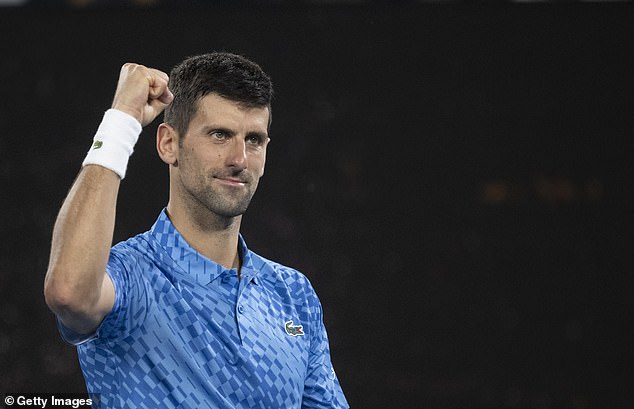 The last Australian left in the men’s singles in Melbourne, de Minaur echoed his compatriot’s feelings.

‘If I’m completely honest. I think what I experienced today was probably Novak very close to his best,’ the world No24 said in his post-match press conference.

‘To me, if that’s the level, I think he’s definitely the guy that’s going to take the title. You tell me how you thought he looked out there.

‘Playing him, I thought he was moving pretty well. 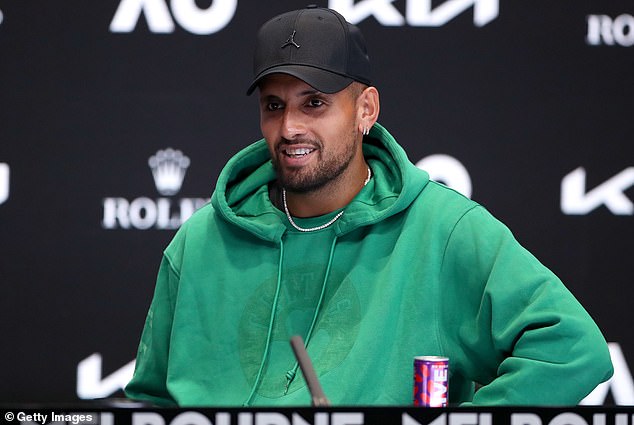 ‘I think everyone’s kind of seeing what’s been happening over the couple weeks. It’s the only thing everyone’s been talking about. Either I’m not a good enough tennis player to expose that, or it looked good to me.’

Earlier this month, de Minaur shot down questions over Kyrgios after the latter left pulled out of the inaugural United Cup with just 24 hours notice, citing an ankle injury he picked up in Dubai in December.

‘I think it would be great if we just talk about this great team, we are all here, we are all happy to be here,’ he said when asked of Kyrgios’ sudden withdrawal.

‘Ultimately we’re just going to get ready. We’ve got a great team and we’re all going to be out there doing our best. So, Ultimately the only thing that changes is match-ups and that’s about it.’ 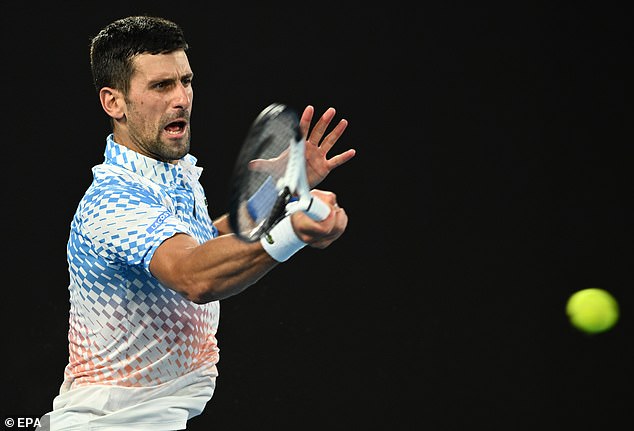 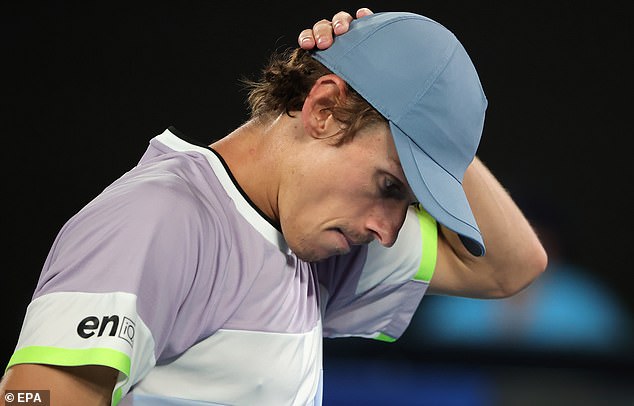 The world No24 had no answers for the Serbian, who looked untroubled by a hamstring injury

But Kyrgios, who eventually withdrew from the Australian Open last week because of a knee injury just a day before he was due to play his first-round match, insisted he had no issue with his Australia teammate.

‘Me and Demon [De Minaur] have a very special relationship,’ he said via the Sydney Morning Herald last week.

‘I still remember him being the orange boy in the Davis Cup team and I was the one who would hit with him when the tie was finished.

‘Me and Demon have a great relationship. He came up to me yesterday and said: “I’m sorry for everything and I hope your body goes well”.

‘I respect all these players, so it’s not a big deal when I read about me and Demon are feuding. He’s one of my close mates on tour and he always will be.’

January 23, 2023 Tennis Comments Off on Nick Kyrgios 'feels good' about his tennis thanks to Novak Djokovic
NFL News