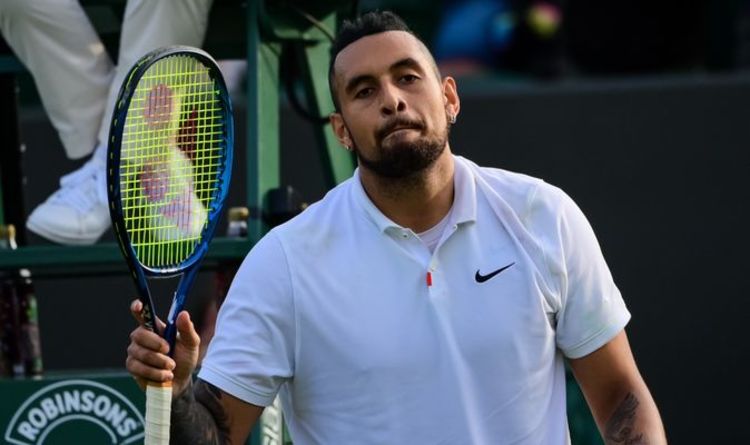 Nick Kyrgios has admitted that he risks making “a lot of people angry” after claiming he will be fine not winning a Grand Slam title in his career. The Australian tennis star has played little tennis this calendar year, opting to stay in Australia until Wimbledon started.

The Grand Slam at the All England Club is one of Kyrgios’ favoured events and he’s proven to be a huge hit with fans over the years.

It was back in 2014, at the age of just 19, Kyrgios shocked the world of tennis when he upset then world No 1 Rafael Nadal to reach the quarter-finals.

Kyrgios’ performances early in his career saw him touted as a future multiple Grand Slam winner.

He reached a career-high world ranking of 13 in 2016 but has struggled to live up to the expectations from early in his career. 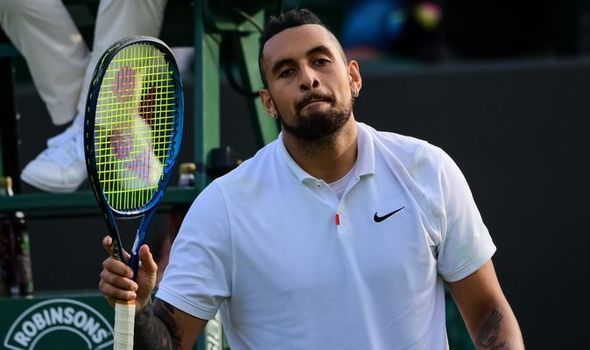 Kyrgios has since dropped further down the rankings having played little tennis over the past 18 months.

The 26-year-old now admits that he’s in a much better place and at peace with where his game is at.

While Kyrgios was tipped to challenge the likes of Roger Federer, Nadal and Novak Djokovic for Grand Slam titles in his career, he now doesn’t put pressure on himself to challenge the “gods” of tennis.

Kyrgios is happy being more “relatable” to the average tennis fan and admits that he won’t be devastated if he never wins a major title in his career.

“I just feel like I don’t put as much pressure on myself any more,” he said.

“When I was younger, it was hard to deal with all the criticism that the media gave me, that everyone gave me. ‘He should be doing this, he should be achieving this. He’s not doing this enough.’

“Now I just enjoy it when I’m out there. I breathe in the fresh air. Like, I don’t take anything for granted. 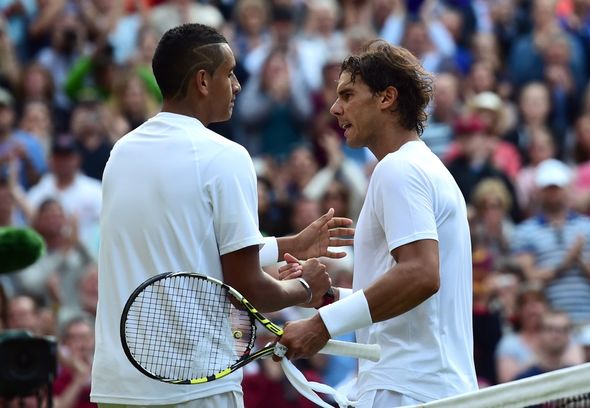 “I know that’s going to make a lot of people angry. ‘He should be doing this.’ But I shouldn’t, though. It’s not your life, it’s mine. I’m okay with just enjoying myself, putting on a show.

“Not everyone can be a Federer or Djokovic. These are, like, once-in-a-decade athletes that, like, inspire millions of people. Like, they’re just gods. I see them as that, too.

“You have to have some people, I believe, that are relatable, that people can bring other fans to watch, like people that are just normal.

“I feel like I’m one of those people. Not everyone can be a Federer, a Djokovic or a Nadal. I’m Nick Kyrgios. I know who I am.”