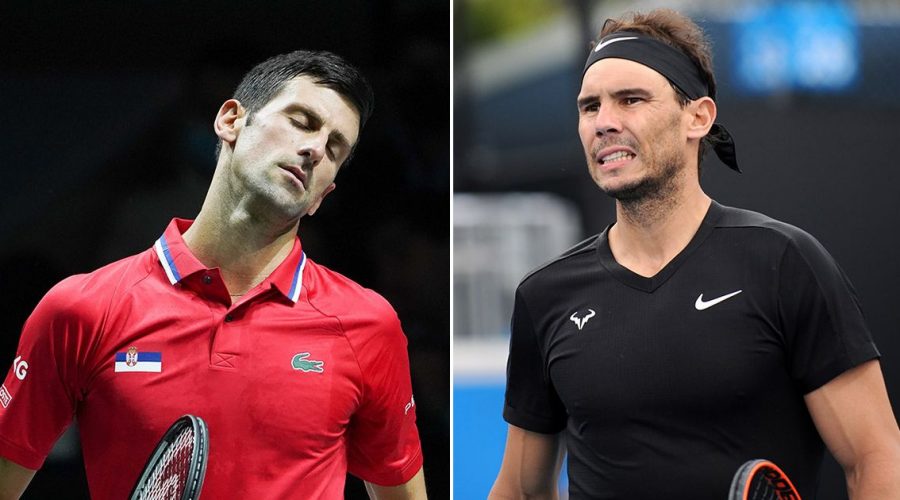 The Spaniard has recovered from Covid and is now competing in a warm up tournament prior to the Australian Open, but now may not come up against fellow great Djokovic in Melbourne.

Following his victory over Ricardas Berankis, the world number six spoke to the press and inevitably answered questions regarding his rival’s shocking situation.

He was brutally honest in his assessment of his rival, who is set to be deported from Australia after having his visa rejected – in which is a huge blow to his hopes of winning a record 21st Grand Slam title.

“The only for me clear thing is if you are vaccinated, you can play in the Australian Open and everywhere, and the world in my opinion have been suffering enough to not follow the rules," Nadal shared.

“Of course I don’t like the situation that is happening. In some way I feel sorry for him. But at the same time, he knew the conditions since a lot of months ago, so he makes his own decision.

“The only thing that I can say is I believe in what the people who know about medicine says, and if those people say that we need to get vaccinated, we need to get the vaccine.”

In the early hours of this morning Djokovic was reportedly spotted bring transported in a silver Volkswagen van to quarantine at the Park Hotel in Carlton after being denied entry into Australia.

Local reports suggested Djokovic will depart Australia for Europe on a flight today, with his team due to appeal the decision, but it has now been delayed until Monday.

Djokovic has made the headlines on multiple occasions during the Covid pandemic, starting with his criticism of the vaccine and refusal to disclose his inoculation status.

He also organised the infamous Adria Tour with full crowds in attendance during matches in Serbia at the peak of the pandemic, which saw many test positive for the virus, including himself.

Nadal lamented the situation and understands the frustration members of the Australian public are feeling, as well as stressing the importance of getting vaccinated.

“Seems some rough situation,” Nadal added. “It’s normal that the people here in Australia get very frustrated with the case because they have been going through a lot of very hard lockdowns, and a lot of people were not able to come back home.

The 36-year-old is currently competing at the Melbourne Summer Set event, where he won his first match of 2022.

The tennis legend is delighted to be back on tour and will play either Dutchman Tallon Griekspoor or Australian Alexei Popyrin in the next round.

“Super happy to be back in competition. It’s difficult to imagine a better place than here [at] the beginning of the season in Australia,” Nadal said.

“It’s only the first match after a while. Honestly, I have been going through some difficult, challenging moments the past year-and-a-half, but in general terms I am super happy to be back in competition.

“Of course it’s important to start with a victory, [which] gives me the chance to play another time tomorrow and that’s the main thing at this moment because I didn’t play for such a long time.”

January 6, 2022 Tennis Comments Off on Nadal hits out at Djokovic and says Serb must face ‘consequences’ of stance
NFL News