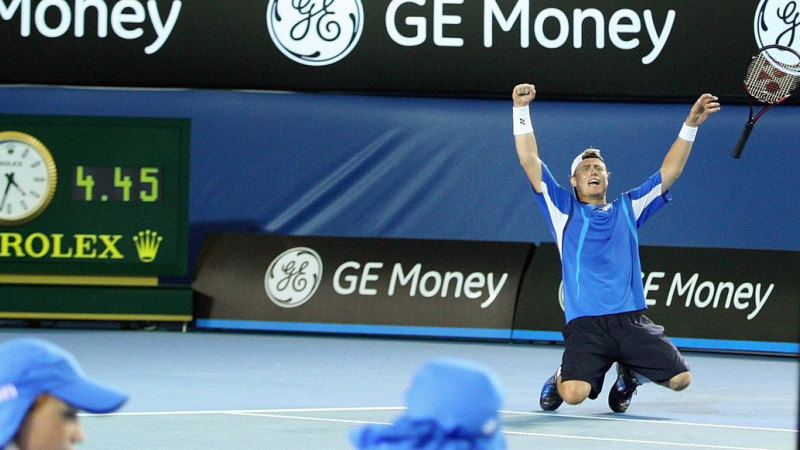 Hewitt was involved in what is still the latest match ever played at the Australian Open, a five-set thriller against Marcos Baghdatis of Greece in 2008. That match didn’t finish until 4.34am, some 28 minutes past the 4.06am finish time in the Murray-Kokkinakis epic.

Hewitt’s third-round showdown with Baghdatis, though, didn’t begin until 11.47pm, much later than the 10pm start time for Murray and Kokkinakis.

“For me, you never know it’s going to be a two-and-a-half hour match or a well-over-five-hour match,” Hewitt told the Herald and The Age.

“It’s really hard scheduling wise. Some days with the weather and conditions, you just have to be ready to get on whenever you get put on. The match in 2008 with Baghdatis, there was talk about whether it was going to go ahead or not.

“I would prefer to go out there and play, especially when you’re opponent is already through, you get a day off in between five-set matches. That’s my take on it. Otherwise, if you have to back up two days in a room, against an opponent who has already got through, you’re certainly disadvantaged.” 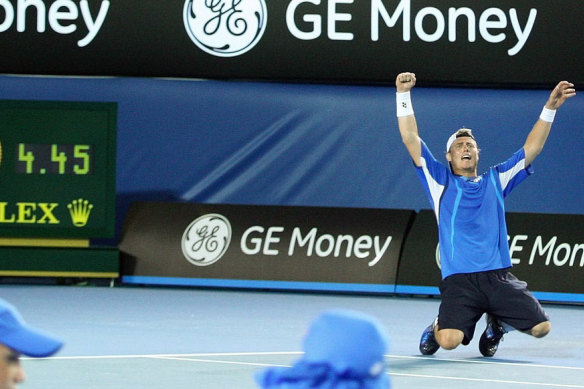 For those who can’t remember why Hewitt and Baghdatis were forced to start at close to midnight, you can blame Roger Federer.

The day session – when defending champion Federer had been pushed to five sets – had run late. Venus Williams then opened the night session, which did not begin until about 10pm.

The Australian Open will celebrate its 500th day at Melbourne Park on Wednesday.

It’s been 35 years since the facility opened its doors, with the first match on centre court back in 1988 featuring Australian Dianne Balestrat. 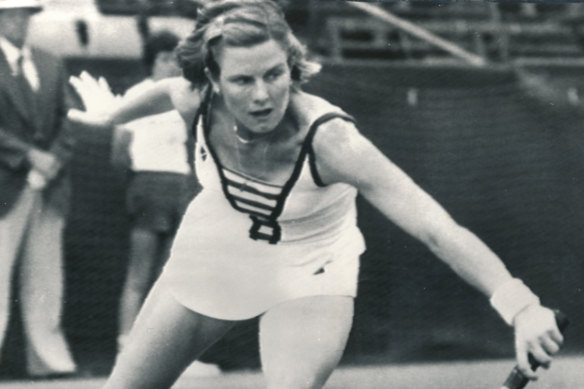 Pat Cash also played on centre court against Austrian Thomas Muster in the day session, while Martina Navratilova and Ivan Lendl headlined a superstar line-up for the night session.

At almost 2.30am on Sunday, not long after his heartbreaking loss to Robert Bautista Agut, Andy Murray reminded the world just how resilient he really is.

While he was unable to repeat his heroics from two nights earlier, a 4.06am win over Thanasi Kokkinakis, Murray left Melbourne Park with plenty of admirers.

“2 days ago I randomly bumped into the doctor who in 2017 told me ‘the good news is the problem you have in your hip can be fixed but you won’t be able to play professional sport again’. I think we dispelled that myth the last 5 days. Goodnight,” Murray tweeted.

Samantha Stosur has revealed the greatest regret of her celebrated tennis career — and it’s not what most fans would think.

Stosur retired on Saturday night, blissfully content after fulfilling her childhood dream of winning a grand slam singles crown with a memorable triumph over Serena Williams at the 2011 US Open in New York. 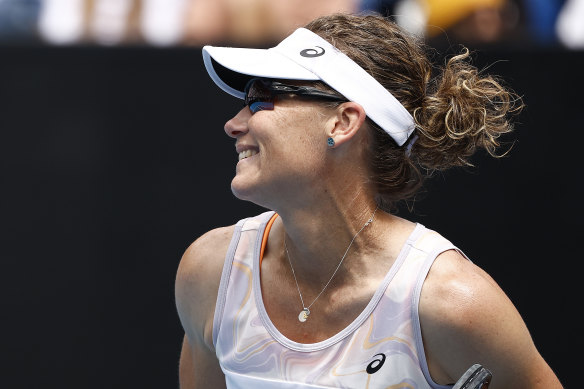 The 38-year-old is also the only Australian woman since the legendary Evonne Goolagong Cawley more than half a century ago to claim major titles in singles, doubles and mixed doubles: every form of the professional game.

Her place among the pantheons of Australian greats is secure. For all her accomplishments, though, it’s no secret that the one-time world No.4’s biggest lament remains not winning a French Open singles crown.

It’s just that losing the 2010 title match at Roland Garros to Francesca Schiavone, after saving match points against Williams in the quarter-finals and also taking out fellow world No.1s Justine Henin and Jelena Jankovic en route to the final, isn’t Stosur’s greatest disappointment in Paris.

“Playing Ostapenko when I fractured my hand and I didn’t realise, when I was a set up, that was absolutely crushing,” she said.

“I didn’t play for five months and I probably came back too early and even every year since then when I stepped on a clay court and started practising, I felt the same pain in my hand.

“So that one really hurt a lot and to go down in that way and with such an obscure injury, yeah, that was tough.”

January 22, 2023 Tennis Comments Off on Murray wasn’t happy with 4am finish. Hewitt says the alternative isn’t any better
NFL News