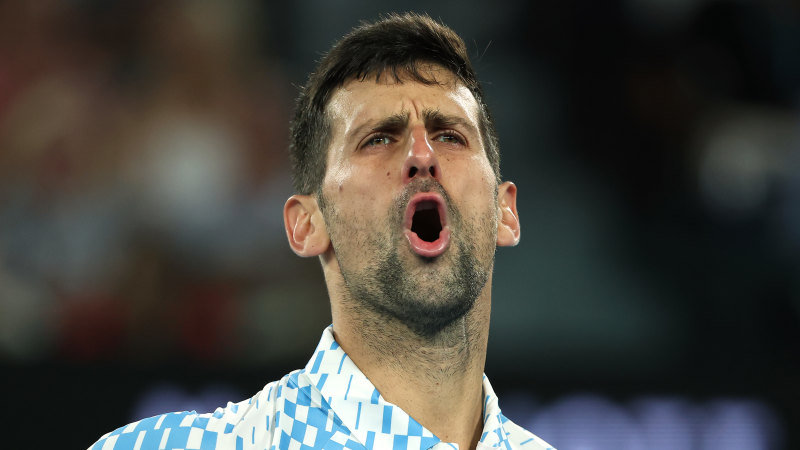 An inevitability is setting in about Novak Djokovic’s Australian Open title mission.

The nine-time Melbourne Park champion’s first three matches this tournament were shrouded in mystery and doubt due to a left hamstring strain he sustained in the Adelaide International semi-finals barely a fortnight ago. 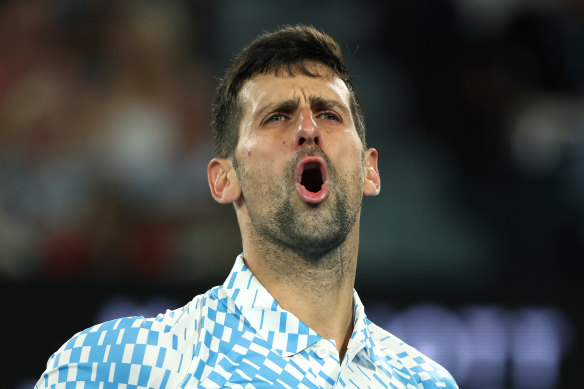 Novak Djokovic has powered through to the semi-finals at Melbourne Park.Credit:Getty Images

The leg strapping remains – but after rejecting claims he was faking, or exaggerating, his injury following a pain-free thumping of Australian Alex de Minaur, Djokovic again looks every bit as invincible as he usually does in this country.

Fifth-seeded Russian Andrey Rublev was the latest lamb to slaughter on Rod Laver Arena on Wednesday night in a 6-1, 6-2, 6-4 cakewalk in barely two hours, although it is inaccurate to suggest he did not know what was coming.

“No one wants to face Novak,” Rublev said after prevailing in a five-set epic over teenage prodigy Holger Rune in the previous round.

Can you imagine the glee from the Djokovic camp upon hearing that comment, even if it was lighthearted?

At least his semi-final opponent, unseeded American Tommy Paul, hoped to face the former world No.1, even though he was honest enough to say he had a better chance against Rublev.

Djokovic has won an absurd 39 consecutive matches on Australian soil and is a prohibitive favourite to claim a record-extending 10th title on Sunday night. Melbourne Park’s hardcourts are to the Serbian legend everything Roland Garros’ claycourts are to Rafael Nadal.

Djokovic’s defeat of Rublev was also his 26th straight on Rod Laver Arena, breaking a deadlock with American great Andre Agassi for the longest ever.

For what little it is worth, Rublev offered slightly more resistance than de Minaur, but it was effectively a carbon copy of the much-anticipated showdown with the gritty Australian.

The 25-year-old can pound the ball on his forehand, in particular, but his lack of variety and feeble second serve (which he won only nine of 28 points on) – both perennial knocks on the world No.6 – repeatedly left him vulnerable. 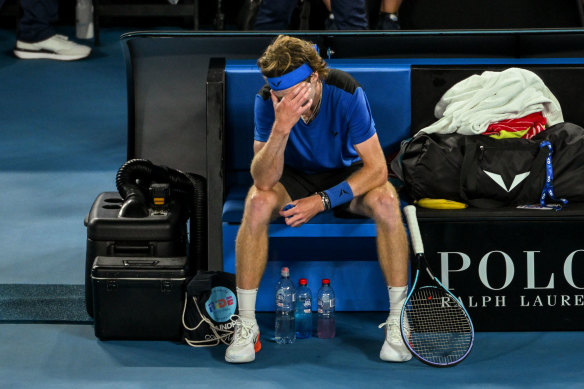 Andrey Rublev had few answers against the Serbian superstar.Credit:Eddie Jim

There were two problems: they came after he had already conceded serve at least once himself in each set, and he could not convert any of them.

Djokovic saved one of them in the sixth game of the second set with a rousing forehand winner, then roared with delight – very much like a predator intimidating his prey.

There was one hint of discomfort in his movement early in the second set, but he largely rolled through Rublev with a minimum of fuss.

The 35-year-old was pleased with his performance again, including nodding with approval after toying with his rival at one stage deep in the third set before striking a forehand only centimetres inside the corner for another winner.

Djokovic will take some stopping from here and, perhaps, potential final opponent Stefanos Tsitsipas is the only man who can.

The United States have a representative in the Australian Open semi-finals for the first time since 2009 after Tommy Paul outgunned countryman Ben Shelton in the quarter-finals.

There may have been a guaranteed American in the final four beforehand, but the significance of breaking through and going deep into the second week wasn’t lost on Paul, who easily achieved his best finish at the majors. 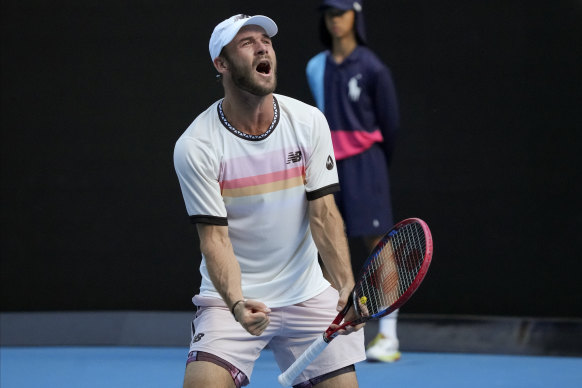 Tommy Paul is through to the semi-finals.Credit:AP

Once it was clear his time in the quarters could yet turn into a prime-time semi showdown – with either Novak Djokovic or Andrey Rublev – Paul’s mother decided to fly to Australia as soon as possible.

“She’s right up there,” Paul said post-match on court, pointing to his entourage. “She got here this morning. She went straight from work to the airport.”

He ground through the first set, and edged ahead in the tie-breaker after 56 minutes. But in the next set he got ahead in overall play and appeared likely to close it out in straight sets.

Shelton, however, didn’t give up on his game or his swing-for-the-lines approach, fighting out the contest as the preferred mode of attack. Deep into the third set, Shelton pounced and broke when leading 6-5 to raise hopes of a miracle.

But Paul never panicked, maintaining his tactics in the fourth to close the match out in just over three hours.

“Making it to the second week of a slam is everyone’s dream,” said Paul. “I can’t believe that I’m here right now.” 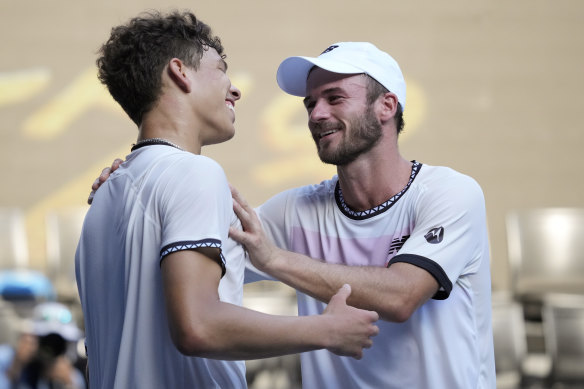 It was a stellar charge to the quarter-finals for Shelton, who was playing his second major after joining the tour last year.

This Australian Open men’s singles draw has been a renaissance for the American game. Top-10 player Taylor Fritz fell to Australia’s Alexei Popyrin, but other lights have shone brightly – Paul, Shelton and Sebastian Korda, who withdrew with a wrist injury while trailing in the quarter-finals.

Paul is the 24th American man in the open era to reach the Australian Open semi-finals, continuing in the tradition of stars of the game in Pete Sampras, Jim Courier and Andre Agassi.

More recently, it was left to Andy Roddick to restore pride but the 2003 US Open champion’s fourth and final time at such a deep juncture in Melbourne came 13 years ago.

There are highly established players left in the draw, meaning Paul’s hopes of grand slam glory might be just that, but it will be two weeks to celebrate for the United States regardless.