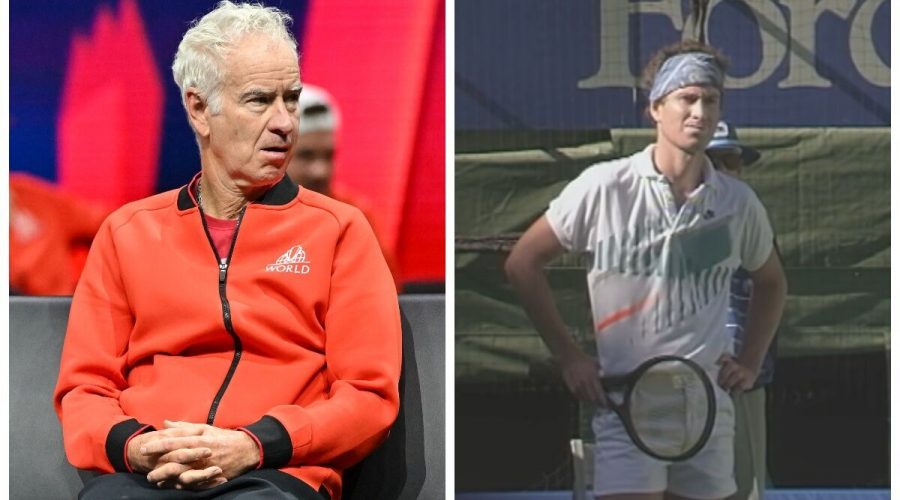 Tennis legend John McEnroe was once kicked out of the Australian Open after he let out a shocking x-rated outburst towards tournament officials. McEnroe is known to be one of the sport’s greatest players, but with his great talent came a fiery temper.

Throughout his playing career the American star often imploded on the court, with one of his most iconic moments coming when he cried out, “you cannot be serious,” during a clash at Wimbledon 1981. Another infamous outburst followed nine years later.

McEnroe featured at the Australian Open just five times in his career, and his trip down under in 1990 was most definitely one to forget. The American took on underdog Mikael Pernfors in the fourth round in Melbourne.

Whilst the seven-time Grand Slam was of course known for his passion, on this occasion he overstepped the mark. McEnroe was handed three code violations during his clash with the Swede and was subsequently disqualified.

JUST IN: Andy Murray had just four-hour sleep after Australian Open win vs Kokkinakis ended at 4am

His first warning came after he was punished for unsportsman-like conduct after intimidating a court-side official. This was then followed by a racket abuse violation, after he smashed his into the playing surface as the American’s temper began to boil over.

And finally the seven-time Grand Slam was banished from the match, after verbally abusing the match umpire and tournament referee. Reports suggested that McEnroe told a supervisor to ‘go f*** your mother’ in the x-rated rant.

Discussing said disqualification with the New York Times, he said: “I pushed it to the limit a lot, so I suppose that even though I don’t feel like I should have been defaulted, say, in that particular match, I’m sure there were a few others where I probably deserved to be.”

“I missed a shot I should have made, and I sort of threw the racket on the ground and caught it. I wasn’t trying to break it, but I didn’t throw it at like a linesman or a ball boy. And then I caught it… And then all of the sudden it was a point penalty, and my recollection is that was when I went up and said, ‘Hey it’s 120 degrees out here. Maybe you could cut me some slack.’”

January 20, 2023 Tennis Comments Off on McEnroe was booted out of Australian Open after foul-mouthed outburst
NFL News