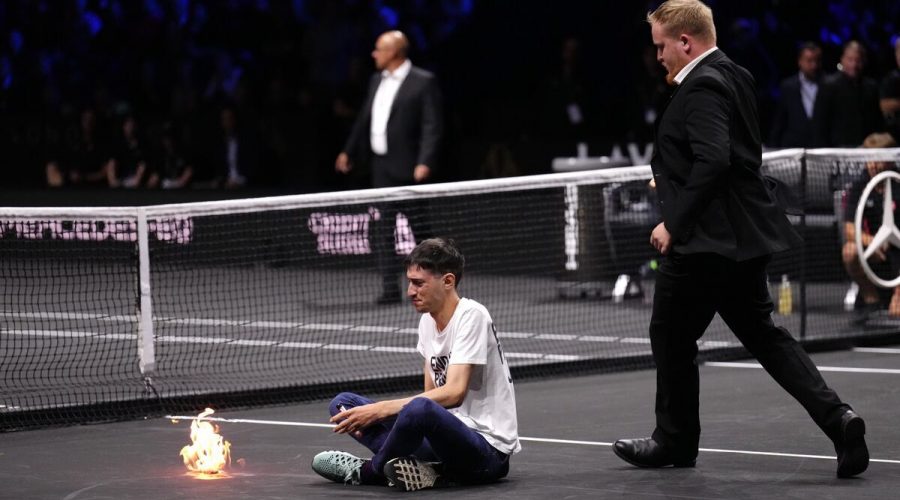 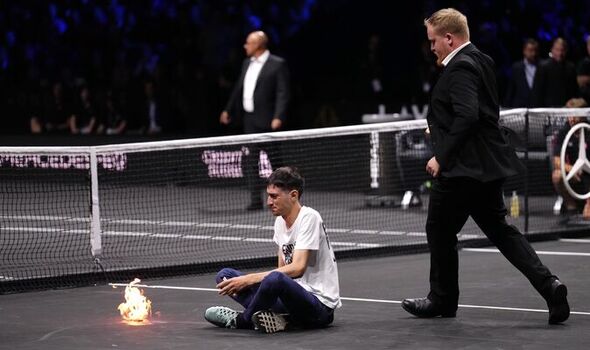 The Laver Cup has released a statement after a man set fire to the court and his own arm in a protest on Friday and confirmed that he was arrested by police. The incident took place during Stefanos Tsitsipas’ match against Diego Schwartzman.

Play was briefly halted in the second day session match at the Laver Cup on Friday when a protester set fire to the court and ignited his own arm in the process. He could be seen screaming and patting the flames off himself before security ran onto the court, put out the fire and carried him away.

The Laver Cup has now released a statement on the incident, confirming that police had gotten involved. “A man accessed the court this afternoon and was promptly removed by security,” the statement read.

“Play was stopped briefly, he has been arrested and the situation is being handled by the police.” 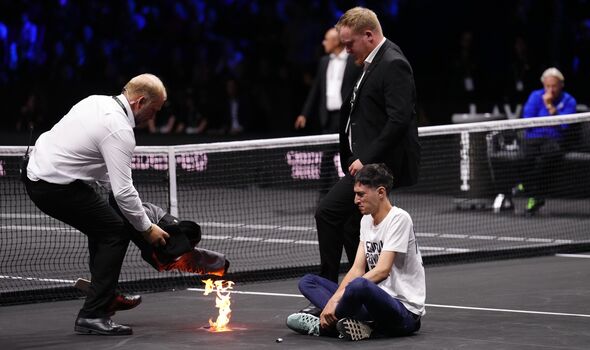 For the latest news and breaking news visit: express.co.uk/sport

September 23, 2022 Tennis Comments Off on Laver Cup give statement on protester who set fire as police intervene
NFL News