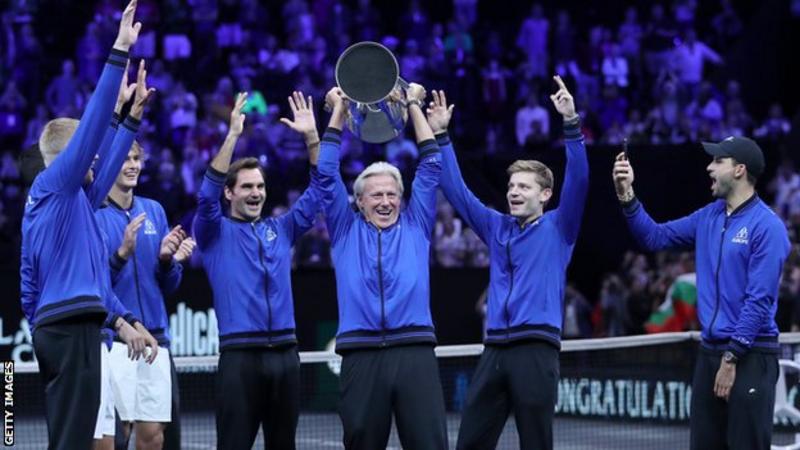 The Laver Cup event between Europe and the rest of the world is to become an officially sanctioned ATP Tour event.

The competition, backed by 18-time men’s Grand Slam winner Roger Federer, has taken place twice, in Prague and Chicago, on an exhibition basis.

“It’s wonderful to know that the Laver Cup will be part of the tour that I’ve dedicated more than 20 years of my life to,” said Switzerland’s Federer, 37.

This year’s competition will take place in Geneva from 20-22 September.

The Laver Cup, which has been won by Team Europe both times, will not have any ranking points but, being an ATP event, will mean it gets the same back-up and logistical support as other tour events.

Federer, Spain’s Rafael Nadal and Serb Novak Djokovic have each taken part in the event, while greats Bjorn Borg, of Sweden, and American John McEnroe have been captains.

“It has struck a chord with fans worldwide in a very short time,” said Chris Kermode, executive chairman and president of the ATP.