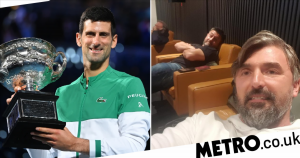 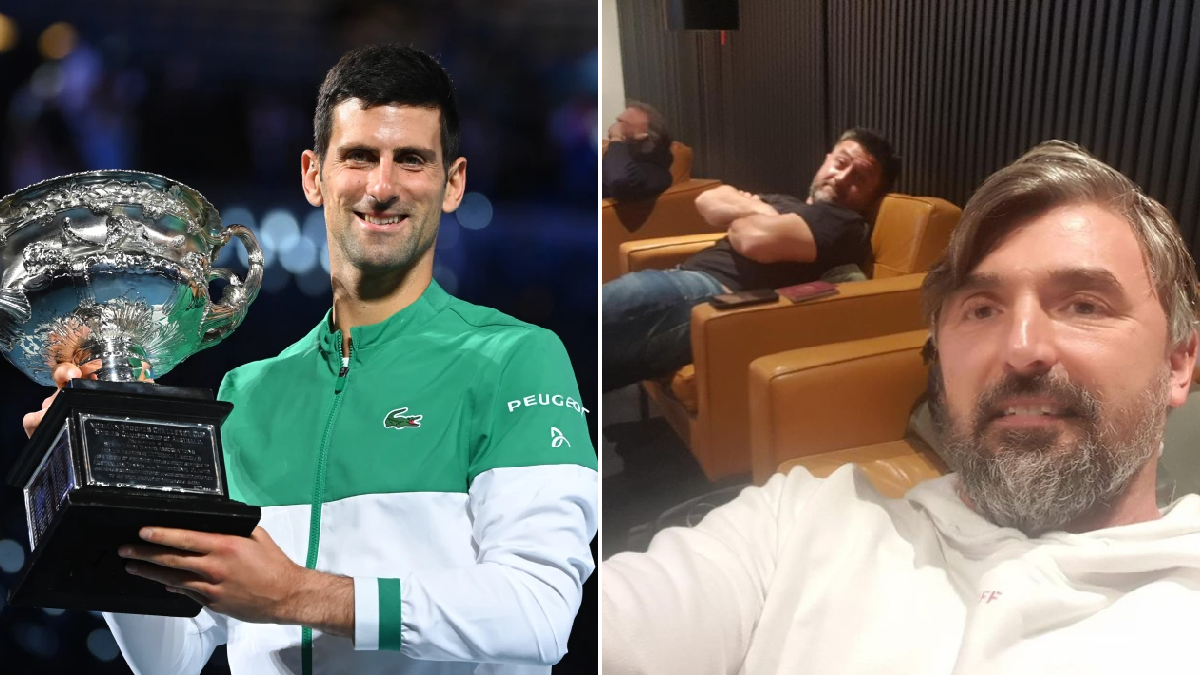 Novak Djokovic’s coach Goran Ivanisevic has posted an image of the world number one’s team waiting for the tennis ace to be released from isolation at Melbourne airport, with the Serbian’s father claiming he is being held ‘captive’.

The 34-year-old, who has not publicly confirmed his vaccination status, flew out to Australia after being granted a controversial medical exemption to play at the Australian Open.

However, he was unable to pass through passport control after a visa mix-up, with his team having submitted the wrong paperwork and requested a sub-class of visa that does not apply to those who have received medical exemptions from a Covid-19 vaccine.

Australian border force discovered the error while Djokovic was flying from Dubai to Melbourne and he has since been detained at the airport, with reports in Serbia claiming he has two guards watching him and has had his phone taken away.

It has now been over six hours since Djokovic first arrived and his father, Srdjan, was livid, telling Serbian media: ‘They are holding my son captive. If they don’t release him in the next half an hour, we will fight them on the street.’

In other similar circumstances, people who have inaccurately filled out their visa paperwork have been put back on a plane to the country from which they arrived.

Djokovic is now facing a nervous wait to see if he will be allowed into Australia, though his coaches – who seemingly are all vaccinated – have been allowed through and are waiting for the world number one.

Coach Ivanisevic posted a picture on Instagram of Djokovic’s team waiting around in Melbourne airport, with physiotherapist Ulises Badio also in the photo.

Alongside a string of emojis, the former Wimbledon champion added the caption: ‘Not the most usual trip Down Under!’

‘We will not be providing Novak Djokovic with individual visa application support to participate in the 2022 Australian Open grand slam.

Earlier in the day, Australian Prime Minister Scott Morrison had said Djokovic must provide ‘acceptable proof that he cannot be vaccinated for medical reasons’ with suggestions that his exemption was due to having had Covid in the last six months, though that reason may no longer be acceptable.