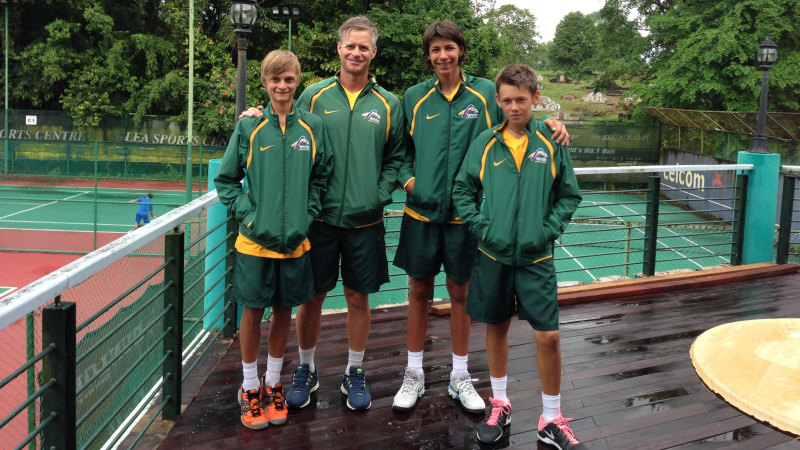 Ben Pyne may not be a household name – at least outside tennis circles – but he performed a pivotal behind-the-scenes role in what has unfolded at this year’s Australian Open.

Alexei Popyrin and Alex de Minaur are the last Australians standing in singles at Melbourne Park and will each attempt on Saturday, against American Ben Shelton and France’s Benjamin Bonzi, respectively, to reach the fourth round. 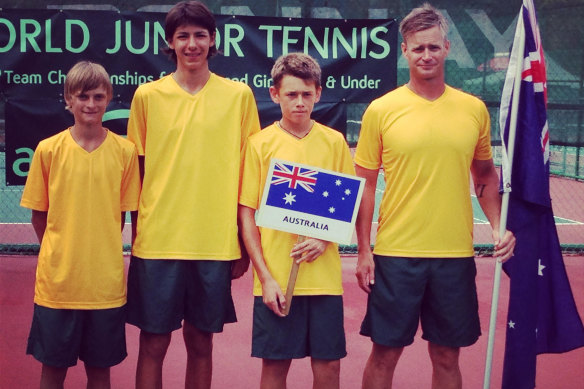 That would be uncharted territory for big-striking Popyrin, but de Minaur, the No.22 seed, is aiming to make the last 16 for a second straight year.

Once upon a time, they were anonymous Sydney-based tennis players and Junior Davis Cup teammates under Pyne’s tutelage, dreaming then for the kind of success they are enjoying this week.

That year’s title was won by Canada, spearhead by future stars Felix Auger-Aliassime and Denis Shapovalov, whereas Australia had to settle for a “devastating” fifth place after being the No.2 seeds. 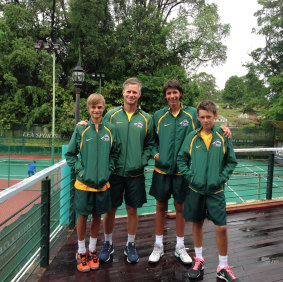 Alexi Popyrin and Alex de Minuar in their junior days as rising stars.

Eight years later, fellow coaches still gently rib Pyne, the national development squad head coach for NSW, for not being able to capitalise on the one-two punch of de Minaur and Popyrin, who are now both 23 years old.

“Our team was exceptionally strong, and my coaching mates never let me forget I had those two in my team and couldn’t get them over the line,” Pyne told The Age, laughing.

“We lost to Germany and only the top of the pool went through. They switched us to an indoor court, and I still rue this result a lot and think about it.

“We got put on this heavy [clay] court and our team was a bit younger. Alexei was up a set and a break but didn’t quite finish it off. We lost only two rubbers that year, and they were both that day, so it was very cut-throat.”

But there were intangibles and off-shoots from that experience that were far more important than that ultimately irrelevant fifth placing. 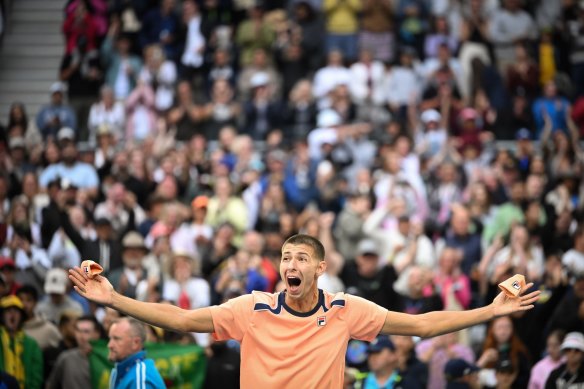 The theory goes that this was ground zero for de Minaur’s almost unmatched passion for Davis Cup.

Australia’s second-ranked men’s player also began to blossom as a leader in that period, partnering Ellis to the Australian Open junior doubles championship the next year.

“Alex lost in the semis of the Australian Open juniors [in singles] and he was heartbroken because he was a set and a break up, then they moved the semi-final from outdoors to indoors,” Pyne recalls.

“He beat [Stefanos] Tsitsipas that year, and it was an incredible match. His ability to fight and back up and go from that adversity to win the doubles was exceptional. 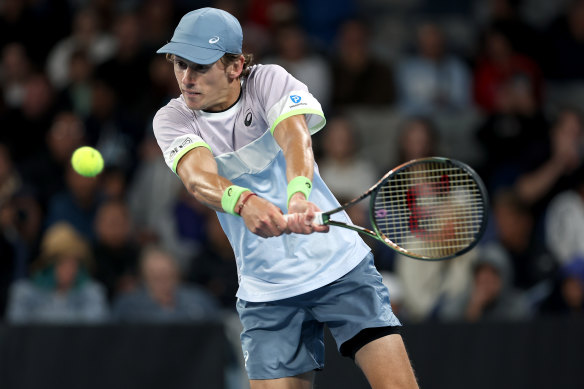 Alex de Minaur on his way to victory against Adrian Mannarino.Credit:Getty Images

“He carried the team and that was a pivotal time, where I saw him really grab a player [Ellis] and lead them to victory in the Australian Open. Blake played really well that day, but Alex was definitely the leader on court.”

Popyrin and de Minaur grew up as friendly rivals. They are not best mates and don’t hang out much socially, but get along well and share a healthy respect for one another.

They both had a globetrotting childhood that differs significantly to many other Australian juniors.

Popyrin was born in Sydney to Russian immigrants, father Alex and mother Elena, but the family – including brother Anthony and sisters Sonia and Anna – bounced around due to Alex’s work commitments.

They spent time in Dubai, where he still spends his off-seasons, then later Alicante, a port city in Spain where de Minaur, funnily enough, also spent significant time as a child and has since bought a home.

De Minaur was born in Sydney, too, but moved to Alicante at age six before becoming the No.1 11-year-old in Spain. Soon after, he returned to Australia and became one of Pyne’s star pupils, after being developed superbly by his Spanish coach, Adolfo Gutierrez, who remains in his team today.

But they are different personalities: de Minaur was more outgoing, even then, compared to the more laidback and at-times shy Popyrin.

That was partly why Pyne was not surprised to see de Minaur transition more quickly to the men’s tour, even though he considered them equally special talents.

Another reason was 196-centimetre Popyrin’s challenges with growth spurts, which coincided with injuries.

“There are probably areas that may have slowed his development. You probably felt like Alex was going to get there first, purely because he was a bit more emotionally ready to be there,” Pyne said.

“But it’s hard to say, isn’t it? Alexei won the French Open junior final [in 2017], and that was an incredibly mature thing to do, whereas Alex lost to Shapovalov in the Wimbledon final.

“I think what Alex was able to do is back up quite quickly when he dealt with adversity. Alexei’s had these moments in time where he’s been in winning positions and hasn’t quite believed – and it may have cost him – but he’s now found that belief, which is so amazing to see.

“I think last night’s win over Taylor Fritz was testament to him finally believing in himself. We couldn’t be prouder of them.”