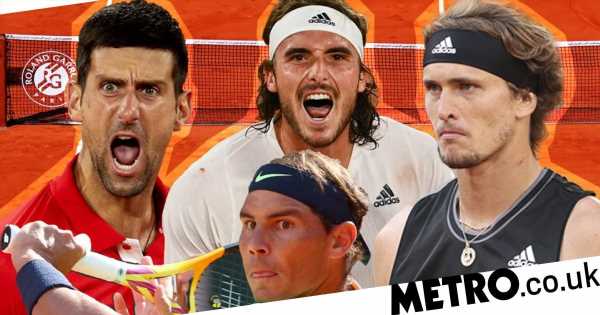 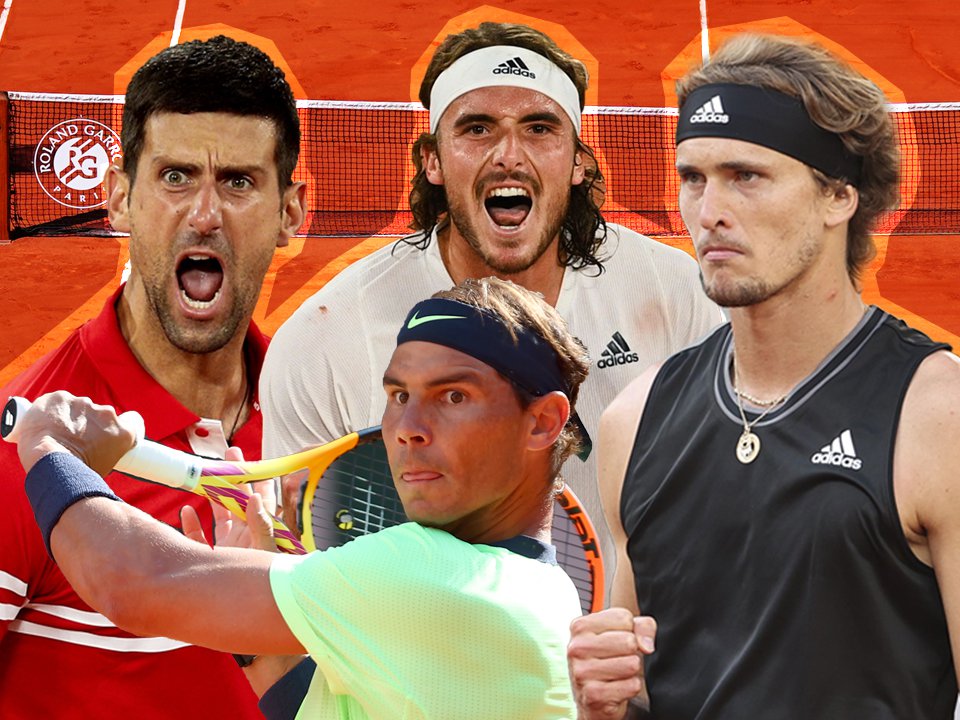 If the women’s semi-finals were totally unpredictable, the men’s line-up was far more expected.

All are top-six seeds. Two have won 38 Grand Slams between them and the others have multiple major semi-finals under their belts.

In the first match, two of the players tipped to dominate the sport beyond the ‘Big Three’, Stefanos Tsitsipas and Alexander Zverev, will meet, while golden oldies Novak Djokovic and Rafael Nadal will face off for a 58th time in the second.

Both promise to be tight, hard-fought contests, with all bar Tsitsipas reaching a major final in the past 12 months.

Here we take a look at the matches and predict who will reach the final.

Tsitsipas may be the only man in the group to have failed to reach a Slam final but he has been the tour’s most consistent player this season.

He leads Djokovic in the Race to Turin and has added consistency at the majors – this is his third consecutive semi-final.

There was no disgrace in defeat to the in-form Daniil Mevedev – who he beat in the quarter-finals at Roland Garros – in Australia nor in pushing top seed Djokovic to five sets at last year’s postponed French Open but he will surely fancy his chances of going one further this time around.

After picking up titles in Monte Carlo and Lyon – while also finishing as runner-up in Barcelona – Tsitsipas arrived in red hot form and he’s only dropped one set, to big-serving John Isner, in his first five rounds.

Zverev has only dropped a set more. He lost his first two in an opening match against compatriot Oscar Otte but hasn’t slipped up since in routine straight sets wins.

The German arrived in Paris with one clay-court title – in Madrid – to his name and has experience of competing in a Slam final, having been narrowly beaten by Dominic Thiem in last year’s US Open.

This has not typically been a match-up that Zverev fares well in. He had lost five on the spin before defeating Tsitsipas in Acapulco earlier this year. In their only previous meeting on clay, it was the Greek who triumphed.

What have they both said?

Zverev: ‘Obviously the Grand Slams are the tournaments that we want to win the most. Before, maybe the last few years, I was putting too much pressure on myself. Also obviously in the media I was seen, before Medvedev and Tsitsipas arrived, I was seen as this guy that was going to all of a sudden take over the tennis world.

‘I was putting pressure on myself as well. I was not very patient with myself, which I feel like now maybe I learned how to deal with the situation a little bit better, I’m maybe a little bit calmer at the tournaments. But the end goal hasn’t changed.’

‘I feel privileged that I’m in that position, and I feel obviously I’ve put in a lot of daily hard work and has been a key element of me being here. But you know, my ego tells me I want more.’

Prediction: Tsitsipas has established himself as the player to beat outside of Djokovic and Nadal this season and has shown a new-found focus and intensity to every point. Zverev still has holes in his game and while he can find his way past weaker opposition, few will still back him in the biggest best-of-five matches against the world’s best, which Tsitsipas surely is. Tsitsipas in 4.

This is the ninth time the pair have met on the clay courts of Paris and the 58th time in total in what is the most played rivalry in men’s tennis.

After a spell of serious domination for Djokovic in 2013-2016 – Nadal’s only win in that period came in the 2014 French Open final – the story of their rivalry since has been quite simple: on what surface is the match played?

If clay, expect a Nadal win. If not, back Djokovic.

As five of their past eight meetings have come on clay, you won’t be surprised to hear that ‘King of Clay’ Nadal has won five of their most recent eight encounters.