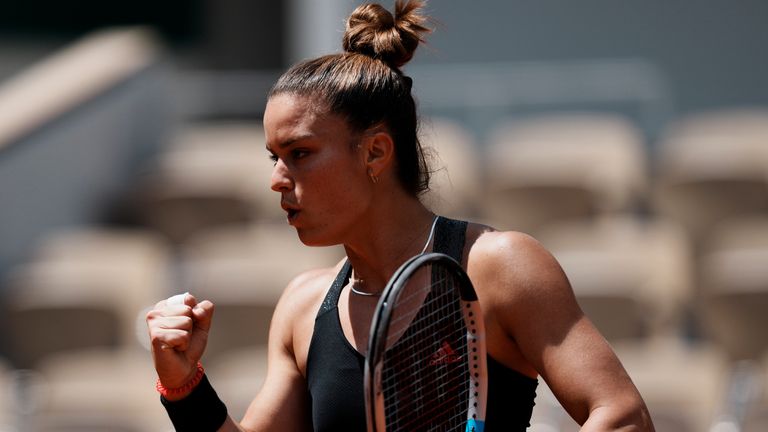 Maria Sakkari, Barbora Krejcikova, Anastasia Pavlyuchenkova and Tamara Zidansek all have two things in common; they have all reached the semi-finals of the French Open and not one of them has ever made it that far in a singles Grand Slam draw before.

Sakkari was the last to book her place in the final four when she put out the defending champion Iga Swiatek in straight sets on Wednesday afternoon.

The world No 18’s victory means that for just the fifth time in French Open history, a player seeded outside of the top 10 will lift the Coupe Suzanne Lenglen on Saturday.

Earlier in the day, Krejcikova had overcome 17-year-old Coco Gauff, while Pavlyuchenkova’s and Zidansek’s victories arrived on Tuesday.

Following the mixed doubles final in the morning, Pavlyuchenkova and Zidansek will be first to take to Court Philippe-Chatrier for their semi-final. Straight after, the victor of that contest will be keeping a close eye on the duel between Krejcikova and Sakkari.

Pavlyuchenkova’s putting in the work

The 29-year-old won three slams as a junior but hasn’t reached the same heights on the senior tour. And, she has been honest about the steps she’s now taken to try and rectify that.

“I think I have always had the game,” she said. “I wasn’t fit enough and mentally maybe not strong enough, where I’m working on this aspect. I’m working with a sports psychologist now, and already I feel like it’s starting to pay off.”

The 15th seed Victoria Azarenka and third seed Aryna Sabalenka both fell at the hands of the Russian and in her quarter-final, she had the challenging task of dismissing her women’s doubles partner.

Zidansek, who was a champion snowboarder as a child, beat former US Open champion Bianca Andreescu in the opening round. From there, she continued to go from strength to strength before a tough quarter-final. 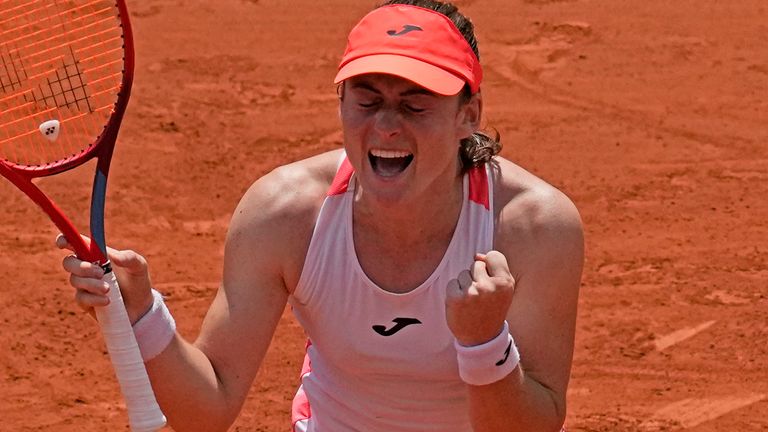 Having led by a set and a break, Zidansek allowed Badosa more than just a look in. The Spaniard led early in the decider, before the 23-year-old had the strength of character to produce the goods during the match-defining moments.

Zidansek won both of her sets against Badosa from behind, and although she prevailed in the end, handing a determined Pavlyuchenkova opportunities like that in their semi-final, could be fatal. 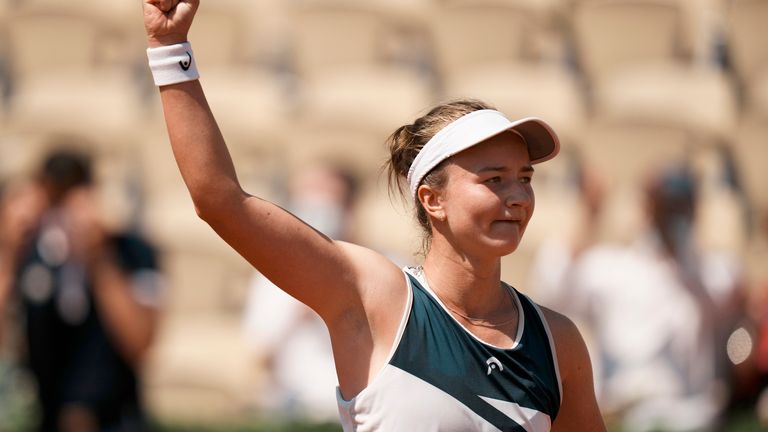 Over the course of her run to the semi-finals, Krejcikova has dismissed a number of high-quality opponents including Gauff, Sloane Stephens and Elina Svitolina in straight sets.

In her quarter-final, the 25-year-old showed her resilience by saving five set points in the opening set against Gauff and kept composed to prevail on her sixth match point. Her tally of 27 winners to 28 unforced errors will need to improve during her semi-final, but she’ll know that.

Krejcikova is perhaps best-known for her doubles prowess. She’s already won the French Open doubles crown with Katerina Siniakova and reached No 1 in the world in doubles. Whilst she’s proud of her achievements, she does want to shake off the ‘specialist’ tag.

Prior to her meeting with Sakkari, Iga Swiatek had won 11 successive matches at Roland Garros and all of them in straight sets.

However, on Court Philippe-Chatrier on Wednesday, Swaitek’s Greek opponent had her card marked. Once Sakkari had pushed aside a few nerves, she stressed the defending champion and used her power game to great effect. 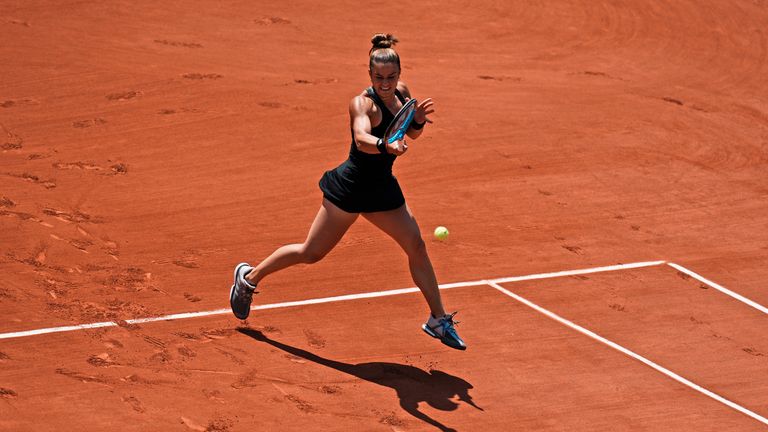 Pre-match Sakkari had said that she was going to “play her own game” and execute her tactics well against Swiatek.

“It’s going to be very tough, but I’m confident that my coaches will give me the right game plan. So far, I have been executing whatever they said really well. I trust myself and I trust their game plan. I think it’s going to work out well.”

Her coach, the British former player Tom Hill, has already said that he’s “obsessed” with tactics and strategies, but with Krejcikova holding a 2-0 lead in their head-to-head, the pair will need to tweak a few things to book a place in Saturday’s final.