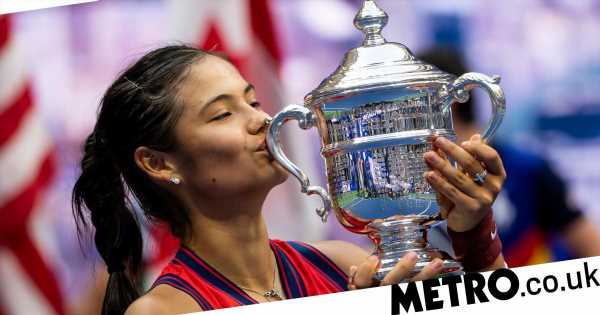 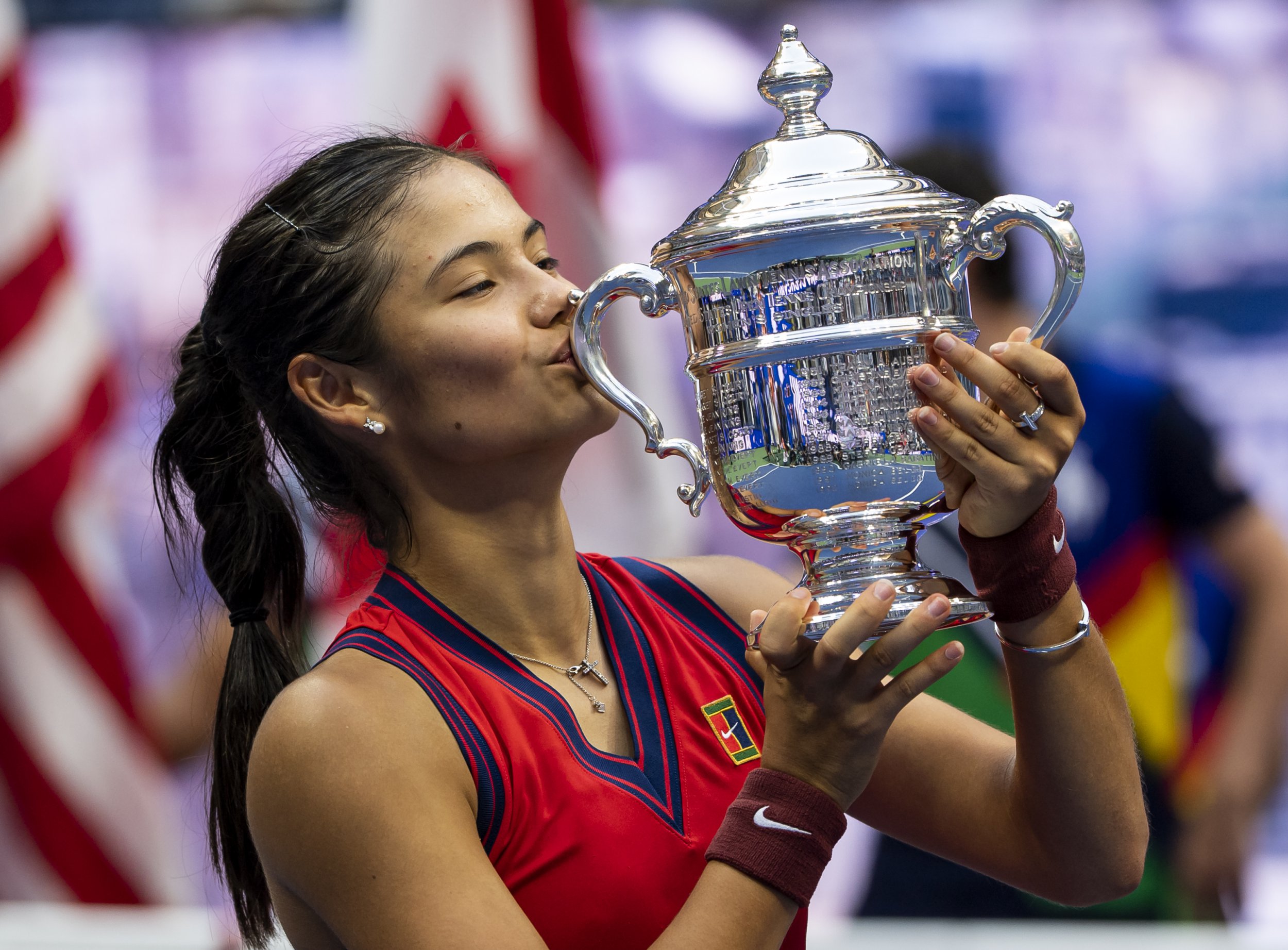 Emma Raducanu has been on the morning breakfast shows in the United States, glowing brightly in front of a worldwide audience that is hanging on her every word and now wants to know what she thinks about every subject from global warming to boys.

She has now arrived at the junction at which her choices off court are as important as those she makes on it.

At 18, no one is perfect and nobody must expect Emma to be.

As she signs lucrative deals with a multitude of companies there are bound to be moments when some clever dick on Twitter or in the media decides she has transgressed.

There will be an employee of some company in a faraway place that does not get paid enough money or has been exploited or knows someone who has been, and somehow this will be down to Emma, who should be cancelled in a world of virtue signalling and keyboard warriors. You think I’m over-egging the pudding? This is where sensible people like all of us come in, where we understand the world is complicated and nuanced and never black and white.

As we look ahead in this brilliant young woman’s career we hope Emma and her family and friends make a smooth transition to a life of attention in the limelight.

Fame draws people like moths to a flame and many of these are often left damaged. The difference with Emma is she has earned our attention and respect, but she will need strength to make all the adjustments demanded of her.

You may think there is a negativity to what I’m saying here but that is not the case.

The team she has assembled around her is solid and the professional decisions around sponsorship, appearances, playing schedule and accountancy have now become vital to get right.

It looks to me like Emma will pass all these tests with flying colours but if she ever scowls at the camera or loses her temper or, heaven forbid, actually loses a tennis match that she shouldn’t, then we must be patient and understand no one is perfect.

She has gone from A-level student to global superstar quicker than anyone I can remember.

From last-minute revising in a duffle coat in a car on the way to school to grand-slam champion and glamorous media darling in three months. And when I ask you to conjure pictures of her face what do you see? Just that megawatt smile and bright optimistic eyes. She symbolises hope and optimism after a miserable Covid-ridden, Brexit-obsessed, climate-change disaster dominated news agenda and for that I thank her.

There’s a lot of pressure on Emma’s shoulders to be all things to all people but, like she said, she is ready to deal with whatever is thrown at her, and she’s going to eat lots of chocolate.

■ I asked on my LBC breakfast show this weekend, which is the greatest sporting achievement listeners have witnessed since the World Cup in ’66? There was a lot of love for Dennis Taylor, Steve Davis and their world snooker final, Ian Botham’s 1981 Ashes was mentioned, Torvill and Dean’s artistry in Sarajevo in 1984 proved popular. Jessica Ennis-Hill and Virginia Wade received support as did Mo Farah and the England cricket team that won the World Cup in 2019. Andy Murray’s Wimbledon 2013 success was well remembered, and Lewis Hamilton and Tom Daley were on the list too. But which of these achievements surpasses what Emma Raducanu — who will probably next play in Indian Wells in California next month — did over the last three weeks? From qualifying through the main draw, she won ten matches in a row without dropping a set in her first US Open at the age of 18. Sort of ridiculous, isn’t it?

Hard on Djok but Dan good for the sport

It had not been done for 51 years in the men’s game. It’s the highest achievement in the sport.

It involves winning 28 matches across nine months in Melbourne, Paris, London and the Big Apple.Novak won 27 matches, falling one short of his long-held ambition.

He has actually held all four majors simultaneously in the past and, for me, remains the tennis player most likely to be the greatest of all time.

But for now we salute a new grand-slam champion in the quite brilliant Russian Daniil Medvedev.

Along with Sascha Zverev and Stefanos Tsitsipas he has been leaning on the door long enough. Finally it has opened and the floodgates may open too because, ungainly though he seems, the 25-year-old offers a potent mix of supreme athleticism and shot-making ability.

At 6ft 6in tall and with never-ending arms, his serve has power and variety and his serving location and speed has no set pattern. He returns serve from downtown and on the backhand side can just as easily produce a drop shot as a 90mph blast with the same backswing.

And he is not afraid to say what he thinks or to offend, and that’s box office. He has had his fights with the New York crowd which he feeds off and is no flash in the pan. He was already world No.2.

Djokovic marches on as the world No.1 for the 378th week but he is 34. It is possible the holy trinity of Roger Federer, Rafa Nadal and Djokovic could all end their careers with 20 grand-slam victories. Wouldn’t that be fitting?

Joe’s victorious two, thanks to the land of the free

YOU could make the case Emma Raducanu was the second most successful English player at Flushing Meadows.

It would, of course, be stretching the truth and I’m sure the most successful in terms of the number of trophies won would be happy to suggest that point with a knowing smile on his face. Twenty-nine year old Londoner Joe Salisbury won two US Open titles to poor old Emma’s one. Joe triumphed in the men’s doubles with American partner Rajeev Ram and the mixed doubles with Desirae Krawczyk, also from the States.

Another brilliant performance for a man who could quite easily have left tennis behind after the competing at junior level.

Instead he benefited from the single most successful tennis production line in the world; the American college system.

Joe attended the University of Memphis in Tennessee, gained an education and friends for life. He may have also chased the girls around and had the time of his life. I know I did.

So if you are an aspiring sports professional, tennis or otherwise, do have a look at America.

It is still the land of opportunity — just ask Big Joe.

How to get your Metro newspaper fix

Metro newspaper is still available for you to pick up every weekday morning or you can download our app for all your favourite news, features, puzzles… and the exclusive evening edition!

September 14, 2021 Tennis Comments Off on Fame game could be the toughest of all for Emma Raducanu after US Open win
NFL News