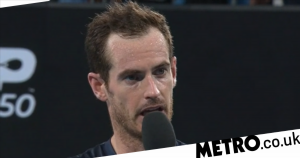 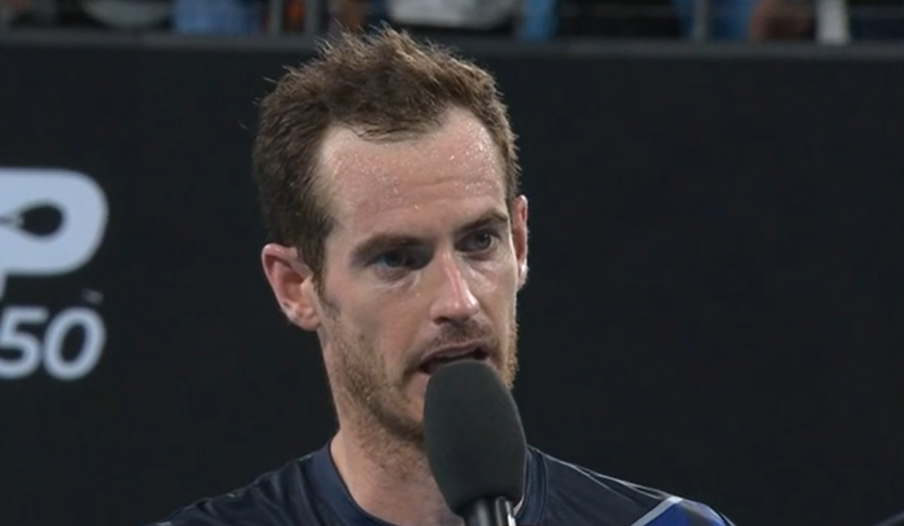 An emotional Andy Murray struggled to hold back the tears after he was beaten in the final of the Sydney Classic by Aslan Karatsev.

The veteran Brit was making his first appearance in the final of an ATP tour event for three years, but found the in-form Russian to be in inspired form during what transpired to be a straightforward victory.

Murray was immediately broken at the start of the match and struggled on first serve in a set during which he struggled to cope with the power Karastev generated with his ground strokes.

Murray lost his first service game in the second set and the single break was enough for Karatsev to secure victory.

Five break opportunities were created by Murray in the fifth game of the second set, but Karatsev saved them all and regained his rhythm to close in on the title.

Afterwards Murray thanked his team, which includes recently hired coach Jan de Witt, for ‘all of their help’ in him reaching the Sydney final.

Murray said: ‘I’d like to thank my team who are with me here this week for all of their help. It’s my first time back in the finals for three years, it’s been a long road to get back here but I couldn’t have done it without you and all of your help so thank you

‘I’d also like to thank my family back home, I don’t know if you’re all watching but I miss you all. I’d like to say thank you who put the event on it’s my first time in Sydney it’s not an easy time now to run evens.

‘Finally to all of you who came to support tonight what an amazing atmosphere to play in, thank you it was so good.

‘I’ve really missed playing in front of these sorts of crowds and matches, unfortunately the result didn’t go my way tonight but I’ll keep trying my best to come back and have more nights like this.’