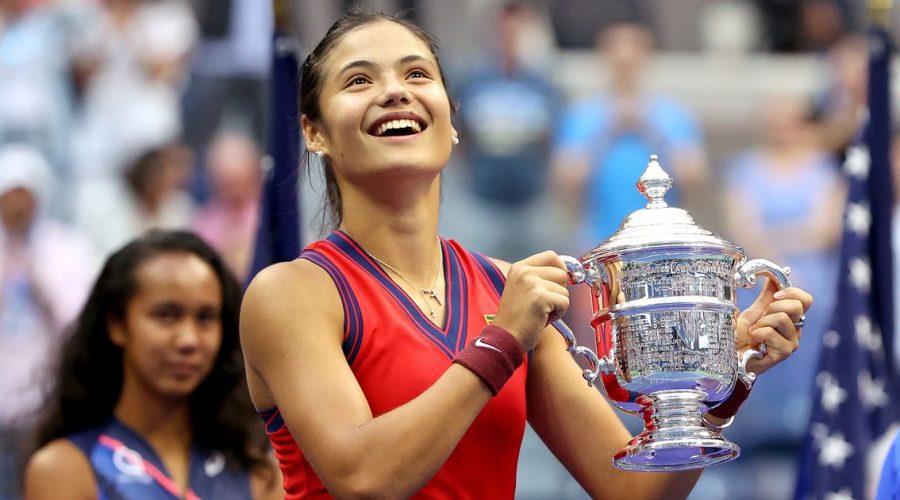 Emma Raducanu will take home a staggering winner's cheque after sealing a historic US Open win.

The 18-year-old has become the first British woman to win a tennis grand slam in 44 years as she beat Canadian Leylah Fernandez 6-4, 6-3 to secure a stunning victory.

It was a flawless performance as she becomes the first qualifier to win the Grand Slam, as well as not dropping a set en route to the title.

And the British teenager will earn a life-changing sum of money after winning the tournament.

Raducanu will pocket £1.8m while Fernandez rakes in £900,000 after finishing runner-up.

Is Ole Gunnar Solskjaer's job at risk? Comment below

Following the contest, Fernandez was humble in defeat, stating: "It is incredible. I have no idea what to say. Today is going to be hard but Emma played amazing. Congratulations.

"I am very proud of myself and having the New York crowd has been amazing. Thank you so much New York."

Raducanu was full of praise for her competitor, saying: "First of all, I really want to congratulate Leylah and her team, she played some incredible tennis and has beaten some of the top players in the world.

"The level was extremely high and I hope we can play each other in many more tournaments and hopefully finals. "

She continued: "As for this three weeks in New York, I would say having such a supportive team, the LTA my agent, and everyone back home watching on TV, thank you so much for your support over the years.

"Thank you for making me feel so at home from my first qualifying match, you have spurred me on in some difficult moments and I hope me and Leylah put on a good match today."

US Open Prize money in full