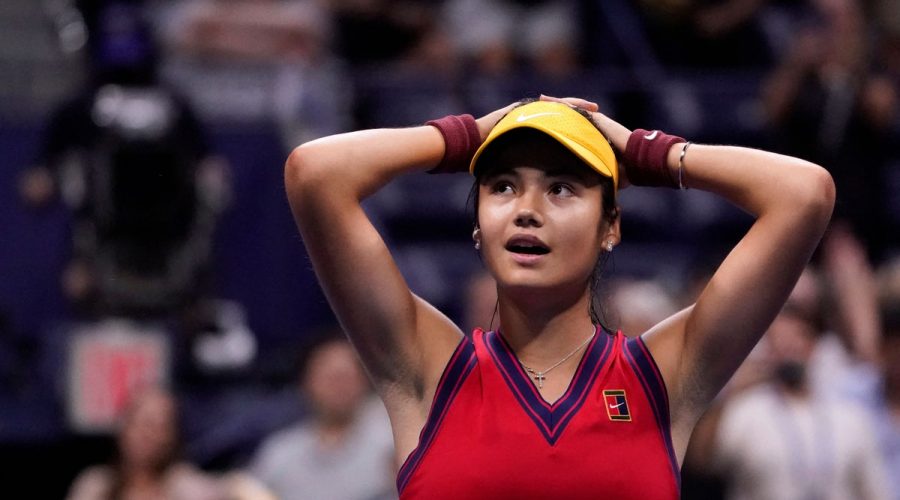 Britain finds itself well and truly in the grip of Raducanumania this weekend after teenage tennis star Emma Raducanu beat Maria Sakkari of Greece to secure her place in the final of the US Open.

An extraordinary achievement, Raducanu, 18, will now face Canadian rival Leylah Fernandez, who only just turned 19 herself on Monday, in the Arthur Ashe Stadium in Flushing Meadows, New York, this Saturday for a place in the history books.

The remarkable performances of both women mean this final will be contested by two unseeded players ranked 150th and 73rd in the world and by two teenagers for the first time since Serena Williams beat Martina Hingis in 1999.

Raducanu is also the youngest Grand Slam finalist since Maria Sharapova won Wimbledon in 2004 and the first British woman to reach that height since Virginia Wade won that same tournament in 1977.

Raducanu was actually born in Ontario, Canada, on 13 November 2002 to Ian and Renee Raducanu, Romanian and Chinese finance industry professionals who subsequently relocated to London when their daughter was just two years old. 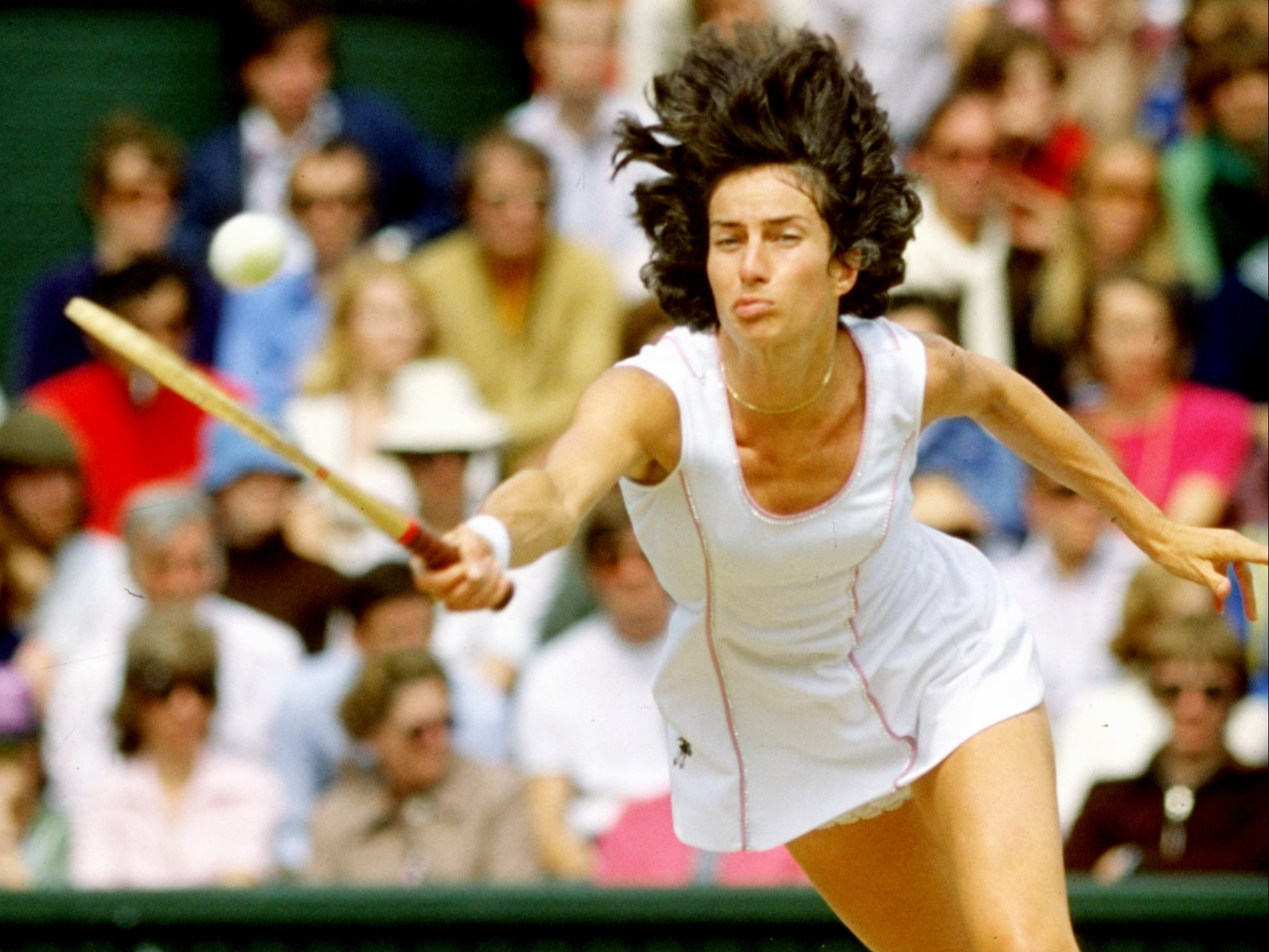 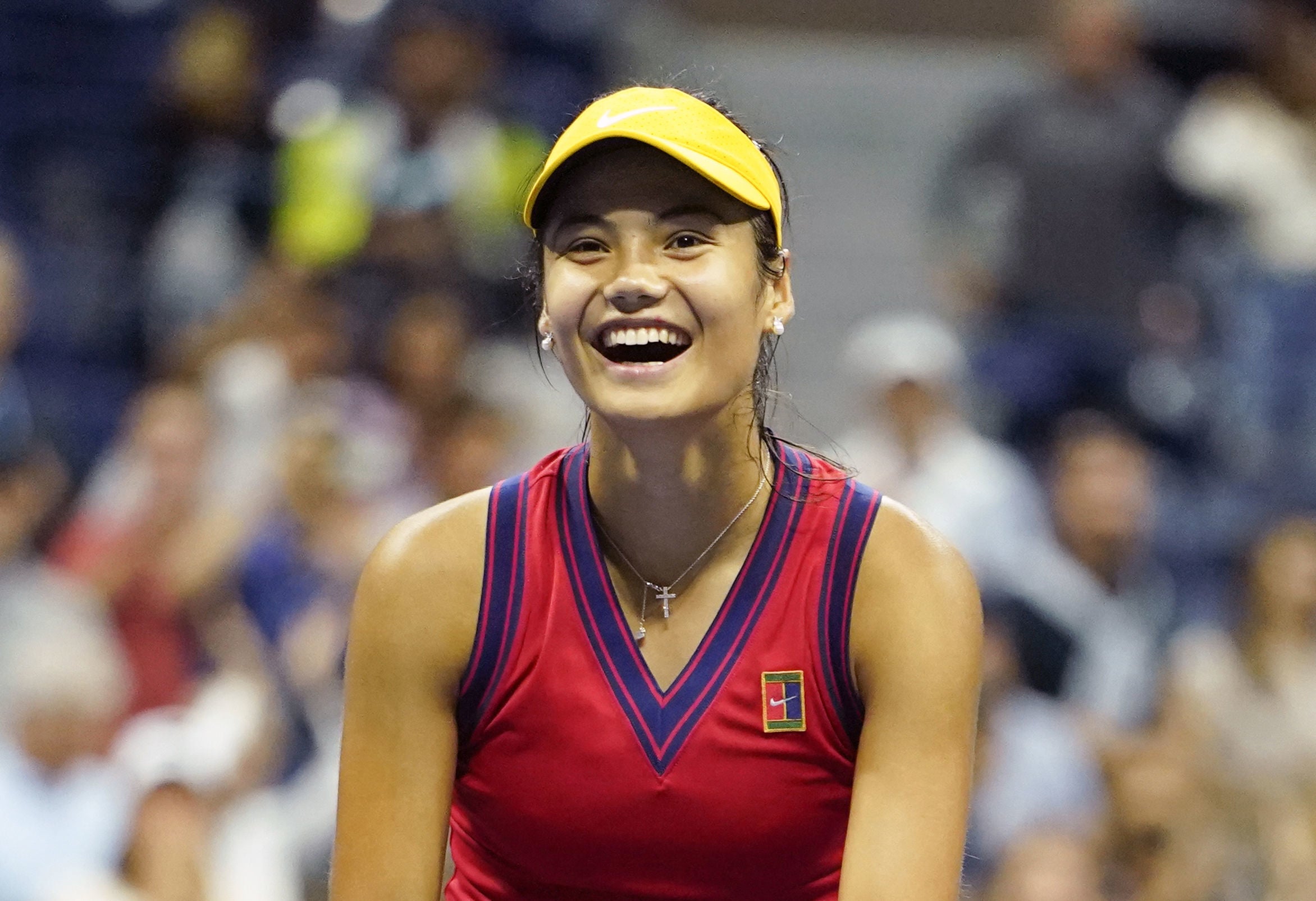 The family settled in Bromley, Greater London, and Emma began playing tennis at five, later attending Newstead Wood School, a selective grammar, and obtaining an A* in mathematics and an A in economics among her A-levels, subsequently crediting her alma mater with helping her game.

“I find it’s actually helped me with my on-court career as well in the way that I can absorb a lot of information,” she said in an interview with the Roland Garros website. “I feel that on court I’m more tactically astute than some others.”

She trained at Bromley Tennis Centre from the ages of 10 to 16 and the facility’s manager, James Carlton, told Sky News: “She’s incredibly single-minded and determined. She works very hard. The centre is next to her school so she would be here before, after, and sometimes during.

“We would often see her working on her schoolwork in between sessions. She was here every day and when she was on court you could see she was putting everything into it. Doing that while maintaining her schooling and academia is even more impressive.”

Her parents have clearly been key to her development, tirelessly looking out for interests and encouraging her to take part in after-school activities from a young age, from ballet, skiing and horse riding to dirt biking.

“They have been pushy to an extent,” she admits. “Not just in tennis but in everything. I think that I’ve developed that mentality since a young age.

“My mum’s side of the family, when I go over to China, they are so mentally resilient. It’s like nothing can bring them down. I would say I take a big part of my inspiration from her. My mum has worked very hard.” 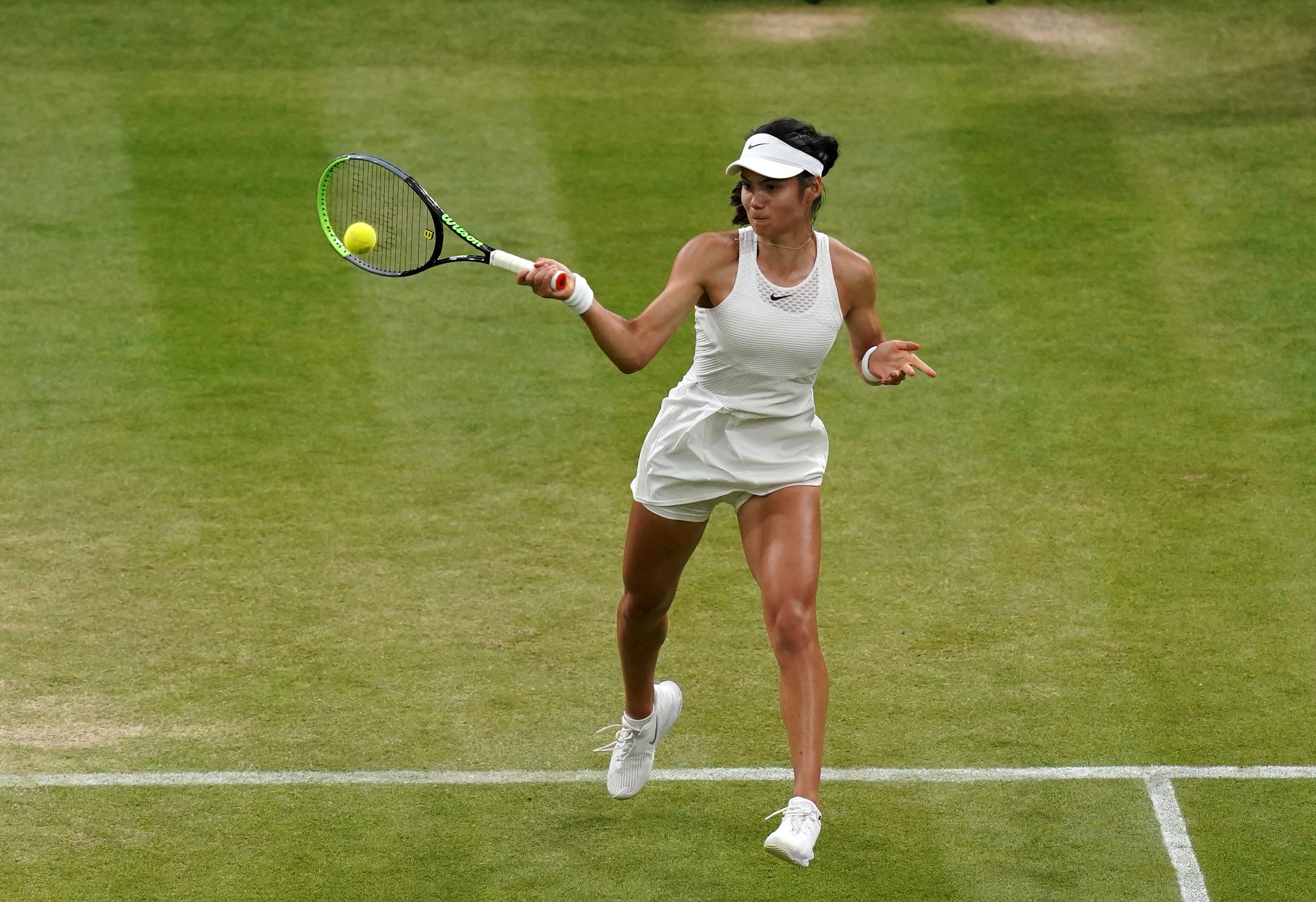 While Raducanu’s mother has a reputation for being “no nonsense”, one former coach told The Daily Telegraph her father is regarded as “a bit out there” in tennis circles, citing his proposal that his daughter should have a different coach for each style of shot, akin to a professional golfer.

Ian Raducanu also raised eyebrows by apparently dismissing veteran coach Nigel Sears, even after his daughter charged into the fourth round of Wimbledon this summer despite being ranked only 338th in the world.

“His outlook on tennis is wide-ranging,” former British number one and Andy Murray coach Mark Petchey told The Daily Mail of his own experiences working with the Raducanus. “He is happy to think outside the box. As a coach, he challenges you – his view is the coach does not necessarily know everything. I thought he had a good handle on what the particular needs of his daughter were.”

Sadly, Ian and Renee Raducanu could not be in New York this summer to watch their daughter tearing through US Open opponents because travel to the country, still suffering from rising cases of the Delta variant of Covid-19, currently requires a special exemption visa, which can prove a complex and bureaucratic business to acquire.

It does sound like they could be making more of an effort when it comes to staying in touch, however, having “ghosted” Emma after she beat Shelby Rogers in the quarter-final.

“I’ve got quite a lot of messages from my school friends,” Raducanu said on Tuesday. “It’s really nice that we’re still in contact even though we’ve left. I mean, it was quite a short time ago.

“[But] my parents actually, like, ghosted me after the match,” she laughed. “I texted them, but they didn’t reply even though they were online! Yeah, that meant something.”

Despite their absence, the tennis star is surrounded by a vital coaching staff on the other side of the Atlantic, helping to keep her focused and prepared.

September 10, 2021 Tennis Comments Off on Emma Raducanu: Why the British tennis star’s parents won’t be at the US Open final
NFL News