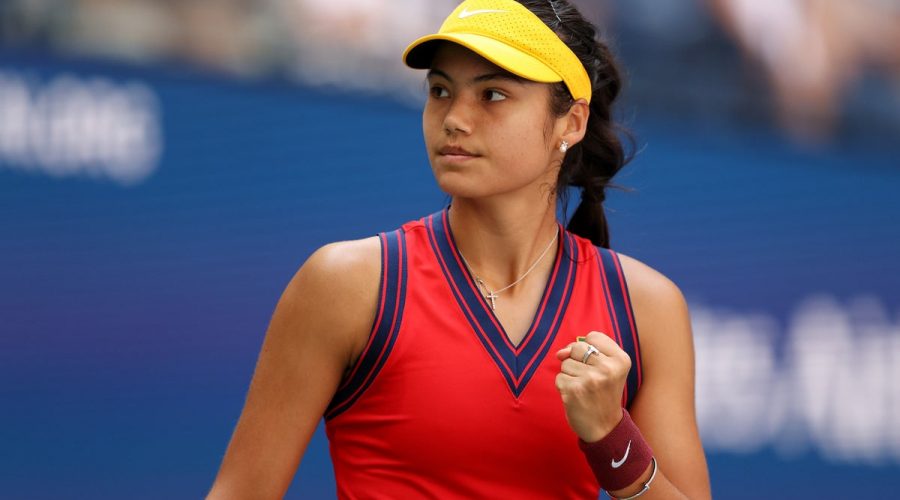 Emma Raducanu has stunned the tennis world by becoming the first qualifier to reach the semi-finals of the US Open and the 18-year-old is now only one match away from sealing an extraordinary place in Saturday’s final as she takes on Maria Sakkari at Flushing Meadows.

It has been 44 years since a British woman last reached the final of the Grand Slam but Raducanu has put thoughts of rewriting history to the back of her mind throughout her remarkable run to the last four in New York. The teenager secured the biggest win of her career as she dismissed Olympic champion Belinda Bencic 6-3 6-4 last night, overcoming early nerves to produce another outstanding performance and maintain her record of not having dropped a set in the tournament.

After admitting that she did not expect to progress further than the qualifying rounds in what is just her second Grand Slam appearance, Raducanu now takes on a fierce and experienced competitor in 17th seed Sakkari, who defeated world No 4 Karolina Pliskova in straight sets. Sakkari is aiming to go one to step further than her semi-final appearance at the French Open in June, where she lost a three-set thriller to Barbora Krejcikova.

Raducanu will not take to the court until the early hours of the morning in the UK, after the first semi-final between 19-year-old star Leylah Fernandez and the world No 2 Aryna Sabalenka. Fernandez’s dramatic rise to the semi-finals has been as improbable as Raducanu’s, with the unheralded Canadian defeating Naomi Osaka and Elina Svitolina on her run to the last four. Follow all the action from the US Open semi-finals below. 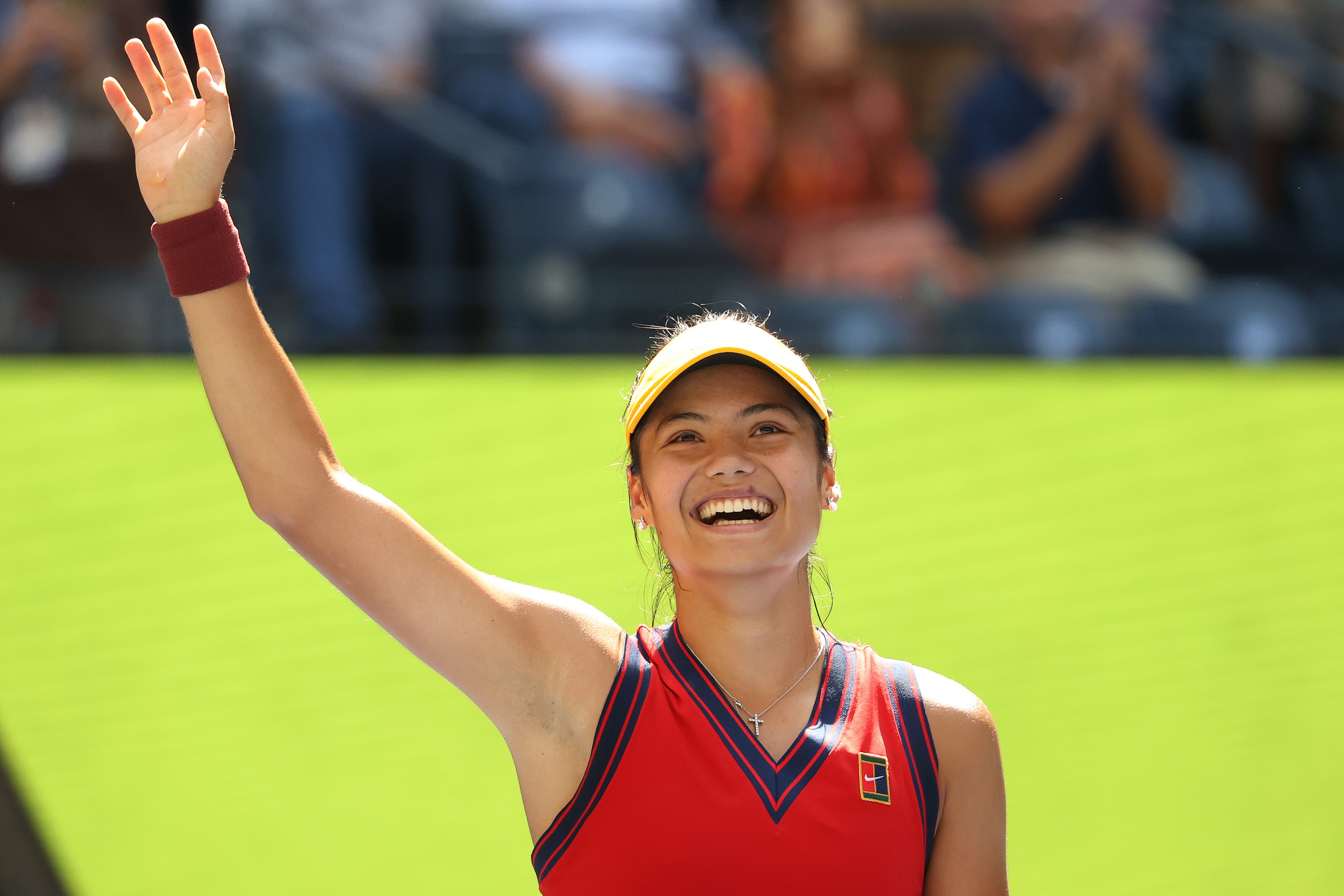 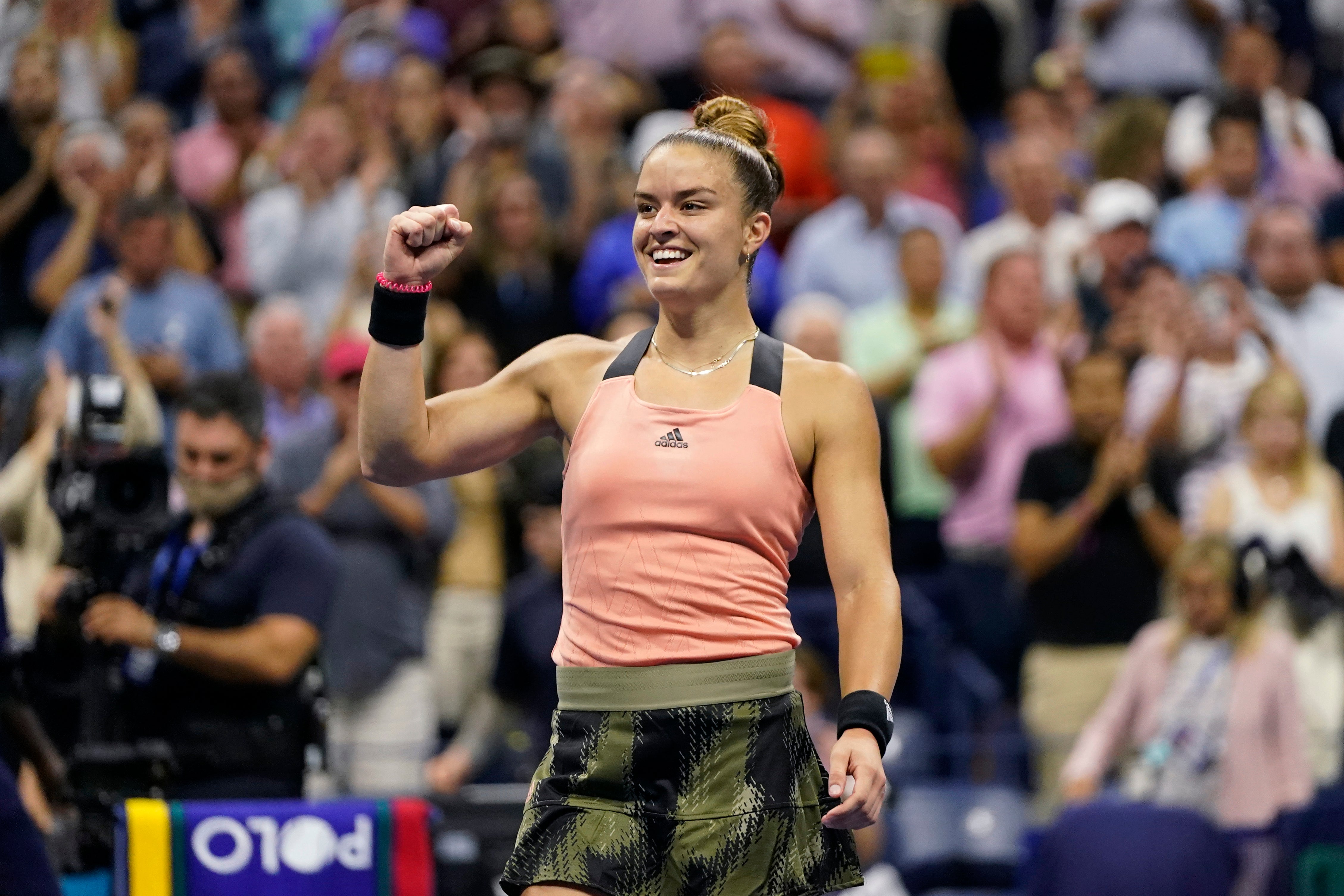 Emma Raducanu has the talent and mentality to ensure her extraordinary summer surge is far from a flash in the pan, according to the last British woman to reach the US Open semi-finals in 1983.

Jo Durie, the former British number one and world number five, believes Raducanu, who made her unlikely breakthrough when she reached the fourth round at Wimbledon earlier this summer, has already proven she has what it takes.

“She’s got such a good solid game – she can hit the ball hard at the right time, and her serve stands up under pressure,” Durie told the PA news agency.

“She works very hard at her game and with all of that behind her, for me it points to her being consistently up there in the future.”

In Maria Sakkari, Raducanu faces an experienced and fiercely competitive opponent. The 17th seed reached her first Grand Slam semi-final of her career at the French Open earlier this year and has defeated former US Open champion Bianca Andreescu and world No 4 Karolina Pliskova in advancing to the last four. The Greek, who is currently ranked 132 places above Raducanu, insists she is not the favourite for tonight’s semi-final, however. “

Obviously she’s having the tournament of her life,” Sakkari said. ”She deserves to be here. She has won all these matches. But I wouldn’t call myself the favourite. I think we all have equal chances of winning the semi-finals and then winning the title. I would give 25 per cent to each starting tomorrow, then 50 to the two finalists.”

Wow, incredible from Leylah Fernandez! The 19-year-old has taken the first set against world No 2 Aryna Sabalenka on a tiebreak at the Arthur Ashe stadium.

Sabalenka got off to a fast start, breaking Fernandez’s opening service to take a 3-0 lead. The Belarusian was looking incredibly strong, especially on her first serve, but Fernandez stayed calm to stage an impressive comeback.

The Canadian hauled herself back into contention before breaking Sabalenka to move to 4-4. She then saved a set point in her final service game to force the tiebreak, which she won 7-3.

The crowd at Arthur Ashe are fully behind the 19-year-old star.

Emma Raducanu has done a remarkable job of staying in the moment during her sensational run to the US Open semi-finals and says she is taking her journey one step at a time as bids to reach the final on her debut appearance in New York. “I have just been focusing one day at a time, taking care of each day,” she said. “When you’re playing tournaments, you just get into this sort of auto-pilot mode of your routines, recovering on the day off in between. I didn’t expect to be here at all. I think my flights were booked at the end of qualifying, so it’s a nice problem to have. I’m just really enjoying the experience.”

Raducanu faces a quick turnaround from her last match, which was a stunning 6-3 6-4 victory over the Olympic champion Belinda Bencic. The 18-year-old faced early pressure as she dropped her opening service game but then took over the contest, dominating the world No 12 in what was the toughest match of her career so far. “I knew it was going to be an extremely difficult match,” Raducanu said. “It took me some adjusting at the beginning to get used to her ball speed, how aggressive she was. Once I adjusted, I settled in, I didn’t over-press as much. I found a way to win, but it was very difficult to play against someone at such a high level.”

Hello and welcome to The Independent’s coverage of the US Open semi-final between Emma Raducanu and Maria Sakkari. Whether you’ve stayed up late for this one or have set an early alarm, you’ve already made the right call, with 18-year-old Raducanu aiming to extend her remarkable and historic run in New York by becoming the first British woman since 1977 to reach a Grand Slam singles final. The teenage qualifier has sparked on her way to the semi-final stage, and this is not one to be missed.