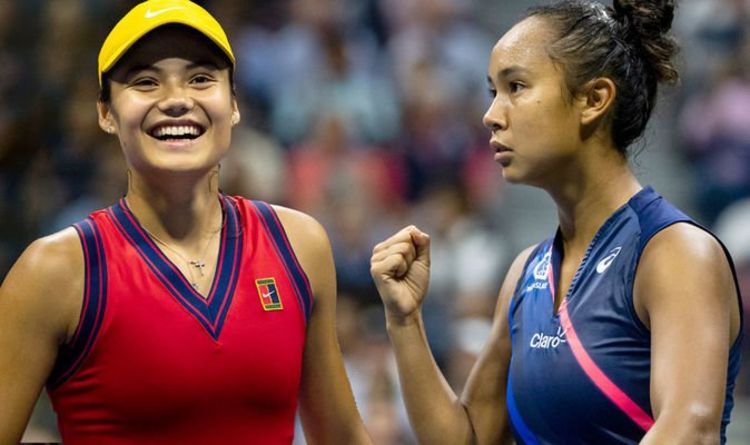 British sensation Emma Raducanu is looking to polish off a perfect fortnight in New York when she takes on Leylah Fernandez in the US Open final. Raducanu has become the first qualifier to reach a Grand Slam final and she has a strong chance of securing the title in just her second Major appearance.

Remarkably, the 18-year-old has not dropped a set in any of her eight matches so far at Flushing Meadows.

And that includes a 6-1, 6-4 victory over 17th seed Belinda Bencic in Friday morning’s semi-final.

“I never thought it would come this early to be in a Grand Slam final,” Raducanu told BBC Radio 5 Live.

“I’m really enjoying my time in New York and that’s showing in my tennis.

“Being under the lights on Arthur Ashe Stadium, it’s so iconic and I think I was just thriving in the moment.”

7.45pm: Good evening and welcome to Express Sport’s live coverage of the US Open final as Emma Raducanu looks to complete an epic fortnight by bringing the Grand Slam title back to Britain.

Raducanu had to fight her way through qualifying to enter the main draw but she has grown tremendously as the rounds ticked by.

Never before has a qualifier made it all the way to the final – but Raducanu is hoping her history creating does not stop here.

The 18-year-old takes to the court at 9pm for the biggest day in her career so far – stay tuned for all the build-up, action and reaction as Raducanu goes for glory.