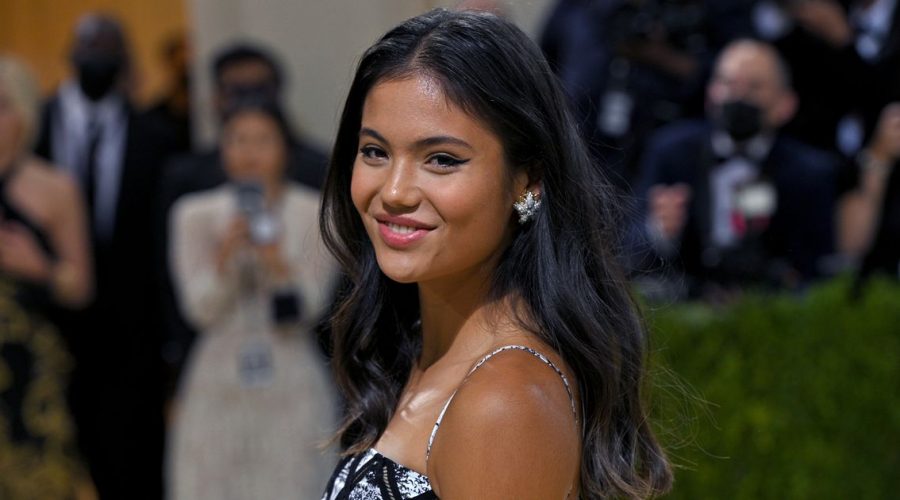 Emma Raducanu looks set to swap the court for the red carpet after being invited to a number of glitzy events – including the premiere of the new James Bond film in London.

The 18-year-old Brit made history at the US Open last weekend, becoming the first qualifier to win a Grand Slam title in just her second appearance at such a tournament.

She is the first British woman to win a Slam singles title since Virigina Wade at Wimbledon in 1977, and her sporting success has seemingly opened the door to a number of new opportunities.

Raducanu took to the red carpet on Monday night after she and fellow US Open finalist Leylah Fernandez received invitations to the exclusive Met Gala.

The teenager, who hails from Bromley, is has been invited to the latest James Bond premiere No Time to Die in London at the end of the month, according to The Times.

The royal family are also keenly waiting for Raducanu’s return to the UK – the Duchess of Cambridge, a huge tennis fan, is reportedly waiting to congratulate her personally.

There are plenty of other offers for the teenager, as she impressed some of the biggest domestic talk show host when she appeared on the likes of Good Morning America and The Today Show to discuss her fairytale win in Flushing Meadows.

The report also claims the BBC’s Graham Norton Show and ITV’s Jonathan Ross Show are desperately competing to interview Raducanu when she returns home from her US exploits.

It has been a meteoric rise for Raducanu, as she entered US Open qualifying ranked No 150 in the world and is now ranked world No 23.

She is also the British No 1, which means she will be able to enter the biggest tournaments without needing to qualify or handed a wildcard.

Raducanu also earned an eye-watering £1.8mllion in prize money from the US Open, considerably boosting the £219,282 she had earned previously across her young career.