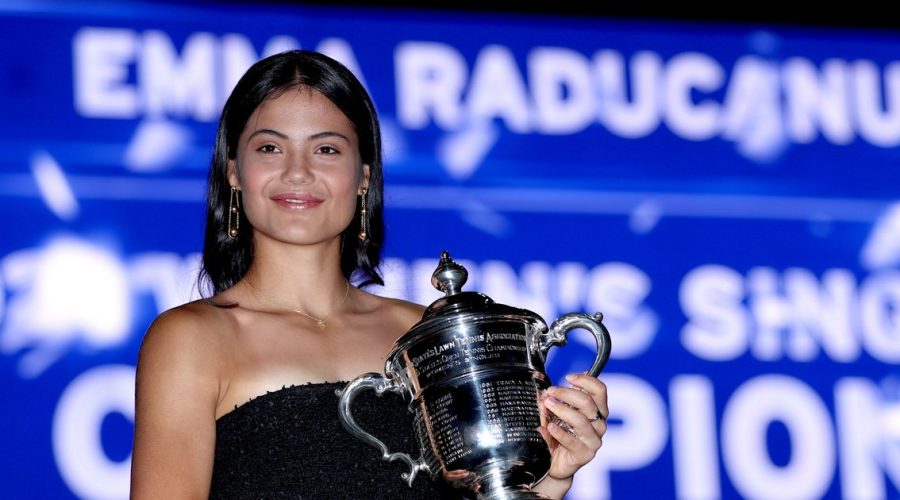 Emma Raducanu has sent a message to her fans after her incredible US Open victory.

The 18-year-old became the first British female to win a singles Grand Slam in 44 years.

The Canada-born star only took part in her first Grand Slam event this summer at Wimbledon, making the fourth round before having to pull out after feeling unwell.

But the superstar – now a household name despite being relatively unknown just a few months ago – was able to recover and emphatically claim the US Open title by failing to lose in a single set throughout her campaign and got the better of Fernandez in a pulsating final on Saturday evening.

Is this the most meteoric rise of British sporting star? Comment your thoughts below.


Post-match, Raducanu sent a video message via the competition's Twitter account, saying: "Hey everyone, thank you so much for all of your support over the last three weeks and for coming to the match today.

"I really, really appreciate it, it got me through some really tough moments so thank you so much and I hope to see you again soon."

She will now take the £1.8 million prize money back to her hometown of Bromley after captivating the nation, going from 150th in the world rankings to 23rd during the course of the tournament.

"I send my congratulations to you on your success," said the Queen in a message.

"It is a remarkable achievement at such a young age, and is testament to your hard work and dedication."

Sporting stars from across the globe were in awe of the performance, with Match of the Day presenter Gary Lineker tweeting: "First time in my life I've ever tweeted whilst on air but my goodness what a performance, what a triumph, what an amazing young woman."

"This [a qualifier winning a Grand Slam] is something I never could have believed would happen," the Australian told BBC Radio 5 Live.

British tennis legend Tim Henman, on punditry duty for Amazon Prime, vowed: "She will win more of these [Grand Slams], she is that good.

"I think I am going to wake up. It is so unbelievable. It is flabbergasting to see this performance."

"This is not some flash in the pan or fairytale. She is playing 'top-five tennis.' Her world will be turned upside down but she has good people around her and it will be a hell of a ride if she can stay injury free."

Raducanu only made her WTA Tour main draw debut at the Nottingham Open earlier this year, where she gained entry via a wildcard selection, having turned professional in 2018.