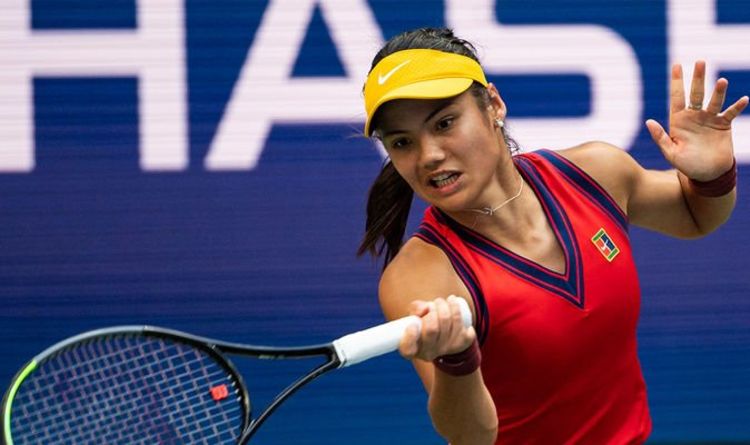 Raducanu made history on Saturday with her US Open final win against Leylah Fernandez, becoming the British woman to win a Grand Slam singles title since 1977. Her victory also makes her the new British number one and earns the 18-year-old a $2.5million (£1.8million) winner’s cheque in just her fourth senior tournament. Following the win, Raducanu said: “I want to congratulate Leylah and her team on an incredible fortnight, she’s beaten some of the best players in the world and it was a difficult match with a high level. “I hope we can play each other in many more tournaments and hopefully finals.”

Raducanu has since received congratulations and admiration from the whole of the UK and the tennis world, including former British mens’ number one Andy Murray.

Her odds-defying Grand Slam also marks a remarkable recovery after suffering a setback at Wimbledon.

In her fourth round match, she was forced to retire on medical grounds, and controversy later erupted after tennis legend McEnroe said the young British player had not been able to handle the occasion.

He said: “I feel bad for Emma. It appears that it got a little bit too much, as is understandable, particularly what we’ve been talking about these last six weeks with Naomi Osaka not even here. How much can players handle? Hopefully she’ll learn from this experience.

“Maybe it’s not a shame that it happened right now, when she’s 18. I think, seeing this, expectations drop a little bit, allow her to take a couple of deep breaths. She’ll get some nice wild cards into events now.”

His comments were met with condemnation from many, and the BBC received hundreds of complaints as a result.

Official data from the BBC revealed that the commentary on Raducanu retiring from the match had received 252 complaints.

It said the complaints about the Wimbledon programme broadcast on July 5 related to “insensitive analysis of player’s medical treatment/retirement from match.”

Many rallied around Raducanu in the aftermath of her retirement.

England and Manchester United football, Marcus Rashford, tweeted: “It happened to me playing for the national team in U16s against Wales. I remember it to this day.

“No explanation for it and it never happened again. You should be very proud of yourself. The country is proud of you. Glad to read your feeling better. Onwards and upwards.”

Raducanu said she was “extremely grateful” for Rashford’s response.

Judy Murray also appeared to condemn McEnroe after his analysis of Raducanu.

She said: “Middle-aged men should generally avoid commenting on the physical or mental well-being of teenage girls.

“They will NEVER experience or fully understand that world.”

The two time Wimbledon winner said: “Think this is a very harsh take on the situation Piers.

“I think some of what he said was fair yes.. however the timing of it was a bit off considering nobody had any clue what her issue was injury/illness/breathings issues etc at the time of his comments.”

Morgan then responded adding: “Well, I just felt the reaction to what McEnroe said was absurdly OTT. Didn’t you?”