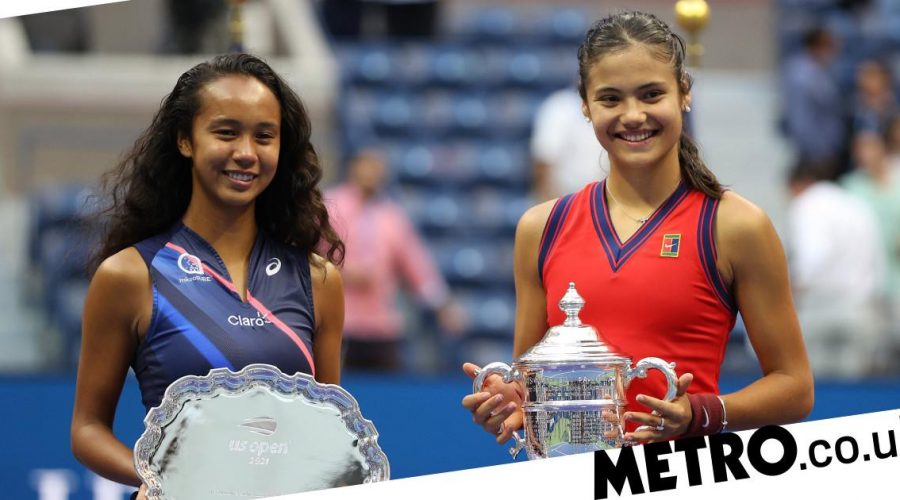 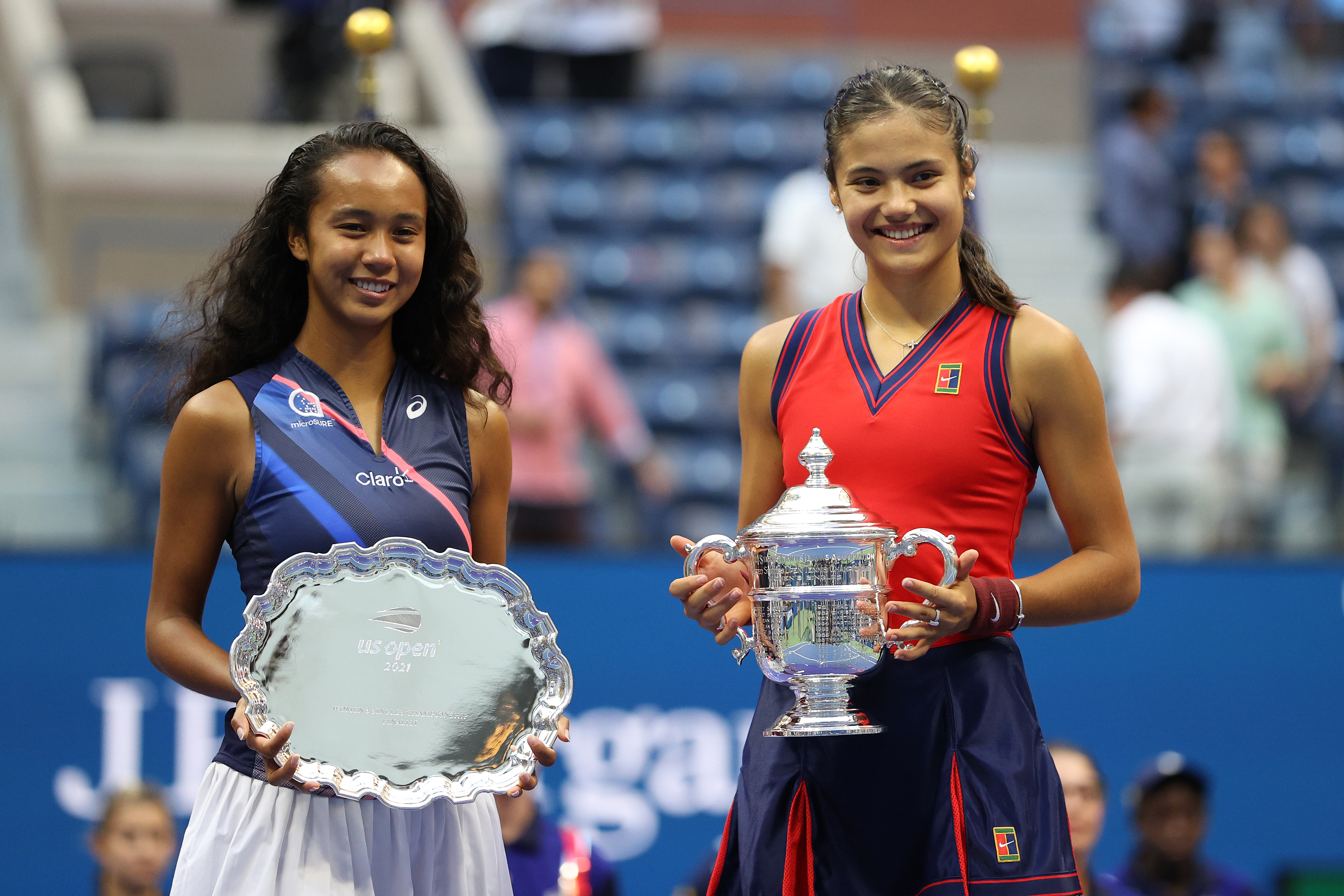 Leylah Fernandez told Emma Raducanu she played ‘amazing’ tennis as she congratulated the Brit on her maiden Grand Slam title.

The 18-year-old defeated Fernandez, one year her junior, 6-4, 6-3 to become champion in a thrilling US Open final.

Speaking in her post-match interview, Fernandez struggled to hold back the tears but took the opportunity to praise her opponent.

‘It is incredible. I have no idea what to say,’ she said.

‘Today is going to be hard but Emma played amazing so congrats to her and her team.

‘I am very proud of myself and having the New York crowd has been amazing.

Fernandez enjoyed plenty of support from the American crowd throughout the match as she fought to get the better of Raducanu.

Before the match, on what was the 20th anniversary of the 9/11 attacks in New York, the victims were honoured with a special performance of the national anthem.

And Raducanu paid tribute to the New York crowd in her speech by showing maturity way beyond her 19 years.

‘I know on this day it was especially hard for New York and everyone around the US,’ she said.

‘I hope I can be as strong and resilient as New York has been the last 20 years.

‘I love you New York and hope to see you next year.’