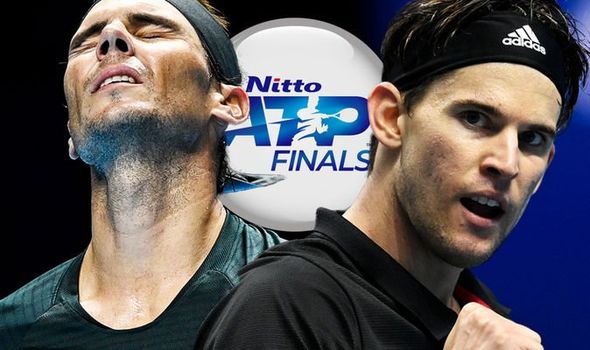 Dominic Thiem has said he was “pretty lucky” to win the first set in an enthralling ATP Finals round-robin duel with Rafael Nadal on Tuesday afternoon. The Austrian saw off Nadal 7-6, 7-6 for his second straight win at the O2 Arena in London.

The US Open champion now boasts five wins against the Spaniard having won their previous 2020 meeting in the Australian Open quarter-finals back in January.

World No 3 Thiem had to battle hard to protect his perfect record at the Finals though, playing out an incredible opening set that was over an hour long.

Thiem saved two set set points to clinch the first set but insists he was “lucky” to do so, while Nadal saved three match points in the second set before losing in the tiebreak.

Thiem, 27, sealed the win with a forehand winner and victory gives him control of Group London 2020.

Nadal – who is still waiting to win the year-end tournament for the first time in his career – produced a brilliant performance but has to beat Stefanos Tsitsipas in his next match to progress to the semi-finals. 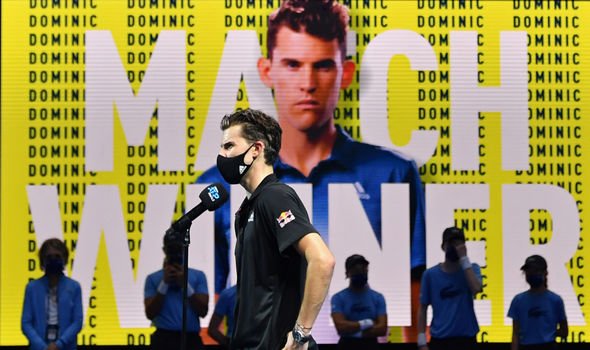 The Greek, the 2019 Finals champion, only lost to Nadal at this event a year ago and needs victory himself after losing 7-6, 4-6, 6-3 to Thiem last weekend.

And Thiem declared to Amazon Prime after his win over Nadal: “Yeah I agree I think it was a great match from the first to the last point.

“Actually I was pretty lucky to get that first set, I was 2-5 down in the tie break and against Rafa, it’s nice to win the first set but still he’s there, really 100 per cent from the first to the last point.

“I knew that maybe I had a slight advantage when I won the first set but still I had to stay super focused and it was like I said the other day, I think all eight players here are in a great shape both physically and mentally.

“We’re going to see a lot of close matches, a lot of tiebreaks like today. There’s always the one who is a little bit luckier, who has a slightly better day, who is going to win. 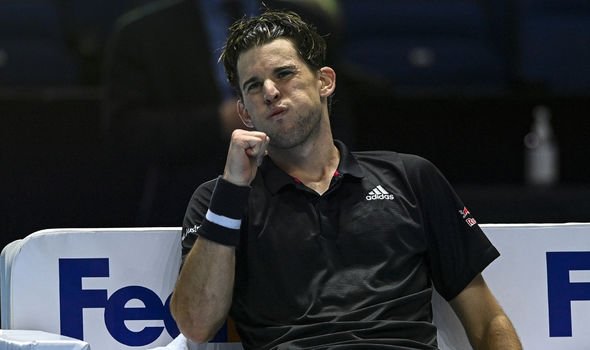 “I’m happy that I got it today. I had the feeling that the whole match was a very high level, with all strokes.

“I’m very happy with the way I served because most of the times I got the first serve in, I’m on the offense and I have a good percentage to win the point.

“I think also when I was in difficult situations like the first set tiebreak or the second set in the end, the serve helped me out a lot.

“It’s maybe the most important stroke in indoor tennis so I’m very happy that it works well.”

Had the O2 been packed full of spectators, the roof might’ve been blown off the O2 given how high the level of play was between Thiem and Nadal, the two playing out one of the best matches of 2020.

But Thiem insists he is happy if he’s given tennis fans sat at home amid the coronavirus pandemic something to enjoy in troubled times. 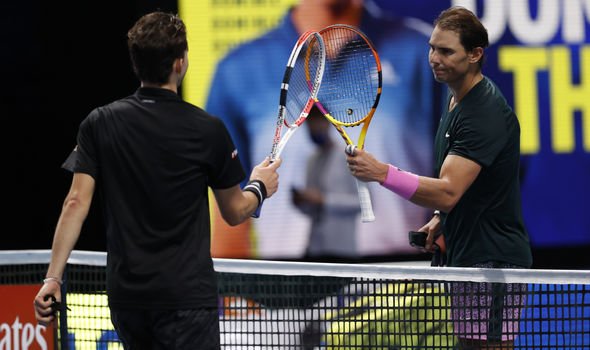 “The atmosphere would have been unreal today I guess but I hope that we put a very good show on for all the people who watched on TV,” he added.

“I think it’s very tough times at the moment, most countries are in strict lockdowns, as well in Austria since today.

“I really hope people enjoyed the match back home and they forgot a little bit for two hours 30 the tough times that we’re living through right now.

“It’s important that we players, who are privileged to do our job and give the people that are not that privileged a great time at least these two, two and a half hours we’re on court. That would be great stuff.”