‘If I don’t do it, it’s getting in the head’: Dominic Thiem knows he cannot afford another Grand Slam final defeat and jokes he will be on the phone to Andy Murray if he equals his record of four consecutive losses at US Open

Dominic Thiem knows the man to go to should he fail in his latest attempt to become a Grand Slam champion in tonight’s US Open final at Flushing Meadows.

When he meets Alex Zverev it will be the fourth time of asking and defeat would put him on a par with a certain British player. 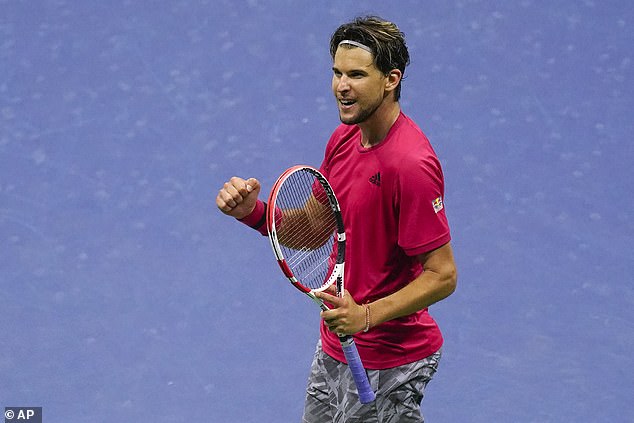 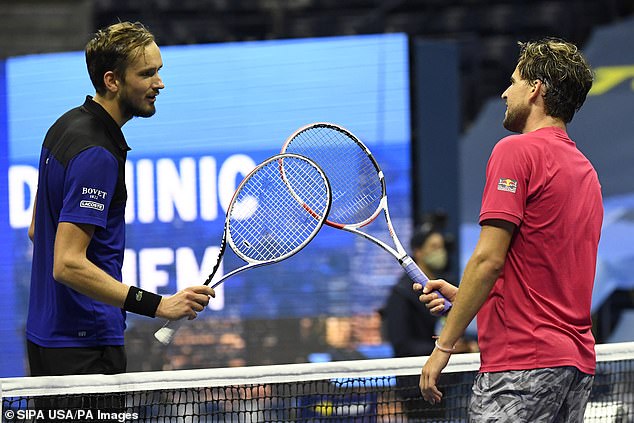 ‘If I don’t do it, it’s getting in the head probably soon. But I’ll try everything to avoid that, of course.’

It was eight years ago in the same Arthur Ashe Stadium that Murray famously won his first major in his fifth final. Unlike Thiem, Murray was second favourite to do it when he took on Novak Djokovic, before beating him in five sets.

A celebrated part of the story was Ivan Lendl’s role in helping him gear up mentally for the task, the Czech having also lost his first four Grand Slam finals.

Zverev also hired Lendl to try to get him over the line. Except that the partnership did not ultimately work and they parted last summer after 12 months. 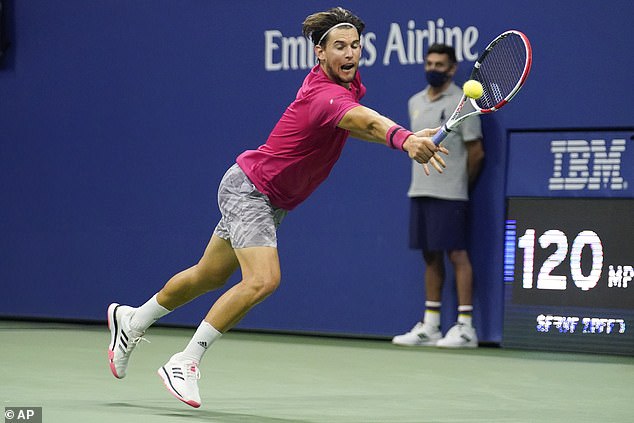 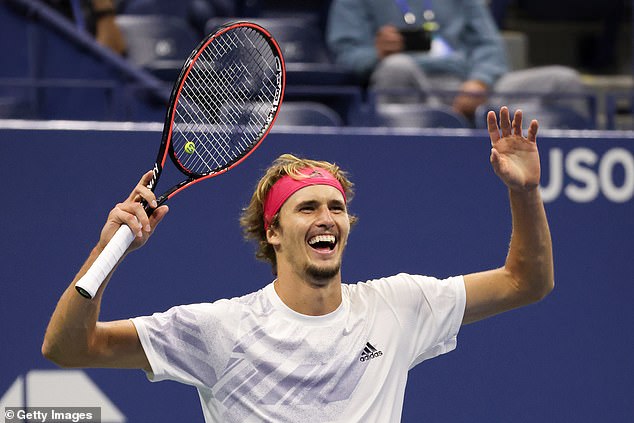 This will be his first championship match at a major and he will be hoping to rise to the occasion as he did when winning the ATP Finals at London’s O2 Arena in 2018.

Little in his previous two rounds suggests he will do it — both have been torturous affairs. In Friday night’s first semi-final he required a comeback from two sets down before seeing off the unfancied Pablo Carreno-Busta.

Good friends, both have been the subject of Covid controversies this summer, having attended Djokovic’s Adria Tour.

Thiem carried on playing afterwards and opted to take repeated tests rather than self-isolating. Zverev was filmed soon afterwards carousing at a restaurant on the Cote d’Azur.

One certain outcome is that men’s tennis will have its first new Grand Slam champion in six years, and the first born in the 1990s. 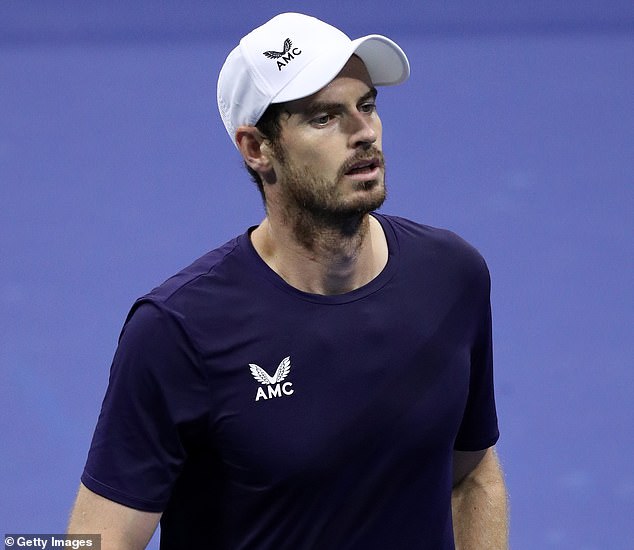 Thiem, with a single-handed backhand that has become increasingly refined, has looked the man most likely to fulfil that role for two years now.

Medvedev’s observations on him were notable after a punchy semi-final which saw him fail to serve out the second and third sets. He elevated the Austrian to the plane of Djokovic, Federer and Nadal.

‘He played like a real champion,’ Medvedev said of Thiem. ‘That’s actually the stress of the Big Three. No matter which day you play them, it seems like they play the same level.

‘Myself or Dominic, we can have these bad days where, maybe you can say I’m going to play to the backhand of Dominic and get some chances. But not during this US Open or Australian Open [where he also made the final this year]. Everything is there.’

Thiem was troubled by his footwear and heel in the semi-final, but played that down afterwards. His 7-2 record over Zverev is significant but, at four years his opponent’s senior, the pressure upon him is greater.

Among those watching from afar will be Rafael Nadal and Djokovic, both due to resume playing at this week’s rescheduled Italian Open in Rome.