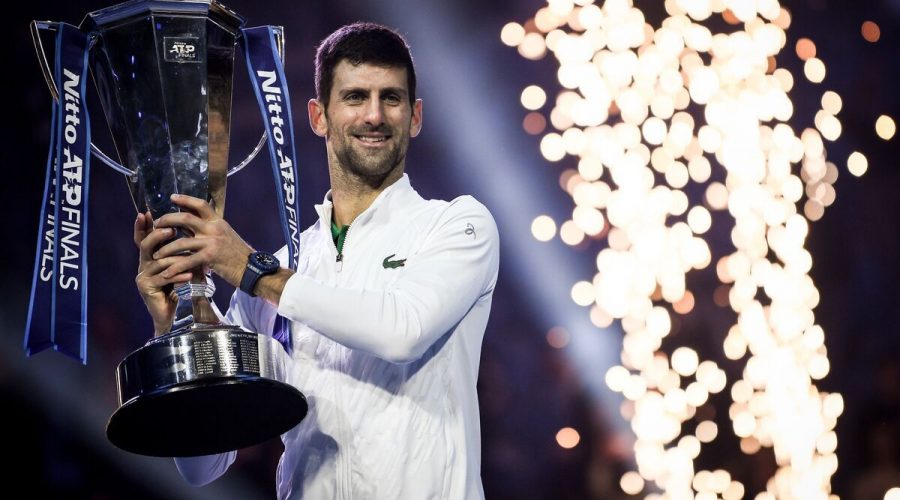 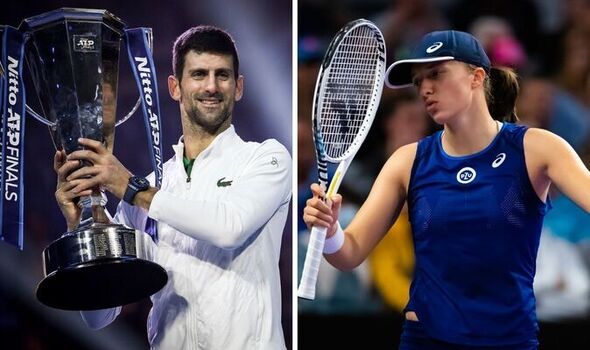 Djokovic made history for multiple reasons as he won the final tournament of the year at the ATP Finals on Sunday. As well as equalling Roger Federer’s record of six titles at the season-ending event, he also became the tournament’s oldest-ever champion and picked up the biggest prize money cheque in tennis history, pocketing £4m after going 5-0 in his matches throughout the week.

The ATP Finals had a record amount of prize money on offer this year, just overtaking Ash Barty’s previous best of £3.73m ($4.42m) from winning the 2019 WTA Finals with a 4-1 record for the week. And it meant that Djokovic just managed to end 2022 as the highest-earning tennis player of the season in prize money alone, overtaking Swiatek at the 11th hour.

The 21-year-old had been set to make history as the first woman in two decades to top the earners list in a single season, as she took home £8.34m ($9.88m) after playing 17 tournaments this season and winning eight of them, including two Majors. But the ATP world No 5 managed to end the season on £8.39m ($9.93m) with almost half of it coming from his title win in Turin.

But Djokovic played a fraction of the tournaments that Swiatek did this year, competing in just 11 after his unvaccinated status saw him banned from competing in Australia, America and Canada which saw him miss out on playing two Grand Slams and four Masters 1000s. He was still able to win a Major title this year at Wimbledon, which saw him pocket £1.9m ($2.3m).

Meanwhile, Swiatek took home £2.2m ($2.6m) from winning the US Open and £1.99m ($2.36m) from her French Open title victory, but her overall prize money pot for the season was affected by the WTA Finals being forced to find a last-minute host city in Fort Worth, Texas, which left the women’s tour able to offer just £4.2m ($5m) across the entire tournament.

It’s a stark contrast to the previous record prize pot on offer at the 2019 Shenzhen WTA Finals of £11.8m ($14m), but the tournament has been unable to be staged in China since its inaugural year as a result of the country’s zero-Covic policy as well as the tour’s commitment to boycott China until questions about the safety of Peng Shuai – a former doubles world No 1 who accused the country’s former vice premier of sexual assault, which he denies – are answered.

And Swiatek herself was left unhappy when she learned that this year’s Turin ATP Finals had a record prize pot while the WTA could pull together £4.2m for their equivalent tournament this year, saying: “It’s just pretty sad the WTA kind of got hit by Covid and by not having the place to play before and organise everything properly. But on the other hand, you have an example in the ATP that they were able to do everything and even increase the prize money. So, hopefully for next time, we’re going to be kind of more prepared.”