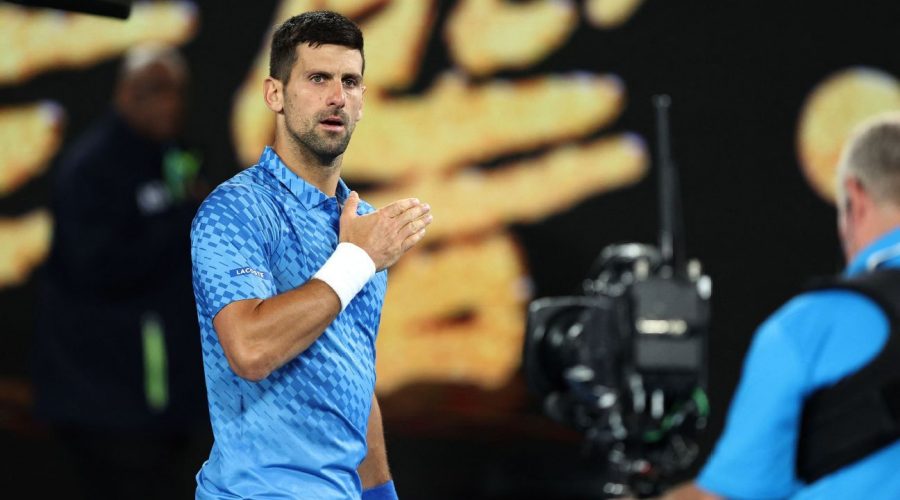 Jake Michaels is a Melbourne-based sports writer who covers everything from Aussie Rules to Formula One, basketball to boxing. He has been with ESPN for 10 years and works as a Senior Writer, covering sport in Australia and around the world.

MELBOURNE, Australia — Concern exuded from Novak Djokovic in the Australian Open press room. It was two years ago, the summer of 2021, and he was fielding question upon question about his nagging oblique injury.

“I know it’s a tear of the muscle. Definitely,” Djokovic professed to reporters. “I don’t know if I’ll manage to recover in less than two days. I’m not sure I’ll be able to play the next match.”

Hours earlier, during his third-round clash against American Taylor Fritz, Djokovic had suffered a nasty fall when he slipped on the white-painted “MELBOURNE” lettering behind the baseline on Rod Laver Arena.

Djokovic returned to the court after undertaking an extended medical timeout but was significantly hampered in his movement. He constantly rubbed the right side of his abdomen and attempted to stretch the muscle between almost every point. He winced as he tracked down balls, giving up on plenty that were struck only a few feet either side of his racket. The two-sets-to-love advantage he had established disappeared in the blink of an eye, and his title defence looked to be in tatters.

A week later, inches from where he’d suffered that fall, Djokovic raised the Norman Brookes Challenge Cup aloft. He had not only managed to win against Fritz, but somehow he orchestrated four more victories en route to a record ninth Australian Open title.

There are some serious parallels between what happened two years ago and what looks to be transpiring here in 2023.

Djokovic tweaked his left hamstring against Daniil Medvedev in the semifinal of the Adelaide International earlier this month, clutching at the muscle before calling for a medical timeout.

The Serbian star recovered to win the match, before beating Sebastian Korda in a grueling final, but his status for the Australian Open was anything but certain. Concerns only mounted when he cut short a practice match against Medvedev a few days later in Melbourne, citing further discomfort in the hamstring.

But when Djokovic’s name was announced to a capacity crowd at Rod Laver Arena on Tuesday, he was there, sporting a significant amount of strapping on his left thigh and hamstring, but nevertheless ready to battle first-round opponent Roberto Carballes Baena.

“I am worried. I cannot say that I’m not. I have reason to be worried,” Djokovic admitted. “My situation with my injury is not ideal, [and] I don’t know how my body is going to react. I hope for a positive outcome.”

Djokovic took a medical timeout midway through the second set against Couacaud after pulling up gingerly on a missed return of serve. And just as he had done 24 months earlier with his oblique, he then took any pause in play to stretch out his troublesome muscle.

After losing the second set in a tense tie-breaker, Djokovic reeled off 12 of the next 14 games to win the match and advance to the third round, where he will face Bulgaria’s Grigor Dimitrov.

“Two years ago I had similar circumstances here in Australia and I had to deal with that. The good thing we have in Grand Slams is always a day off between matches, so at least you have some time to try and recover and get ready for the next match. That’s what I’m going to do,” he said. “I’m not practicing on the days between because I’m trying to give myself more time for my leg to be in somewhat of an ideal state for performance on a high level.

“My physio and medical team have been doing everything possible so that I can be able to play every match. I’ll take it day by day, match by match, and see how it goes.”

Questions were raised in 2021 about the true extent of Djokovic’s injury. Some had speculated he was perhaps lulling his opponents into a false sense of security and that he wasn’t as hampered as he had made it seem.

That notion was immediately put to rest in the aftermath of his straight sets win over Medvedev in the final, when he revealed the degree of the damage — a 25-millimeter tear, which had increased from 17 millimeters when he first “felt it snap.”

The extent of Djokovic’s hamstring injury won’t be revealed by his camp so long as he’s still in contention for the title, but his detractors will no doubt raise the same queries should he continue his winning run.

And it seems, in many ways, like a theme right now — the all-time greats of the sport, willing themselves to the finish line, even when the deck is stacked against them.

Rafael Nadal refused to throw in the towel against American Mackenzie McDonald in the second round, despite trailing two sets to love and battling a hip injury. Andy Murray, metal hip and all, clawed his way back from two sets down against crowd favorite Thanasi Kokkinakis to win an epic five-hour, 45-minute encounter — the second-longest match ever played at the tournament, and by far the longest of Murray’s career.

The recently retired Roger Federer isn’t here, but the 20-time major champion, who many believe to be the greatest player of all time, boasts a startling feat of never once retiring hurt from a tennis match. Across his singles and doubles career, he played 1,749 matches.

And then there’s Djokovic. We know he’s hurting. We also know he won’t lay down.

“There’s two choices — leave or keep going,” he said after the win against Couacaud. “I know matches are only going to get tougher for me from here [but] I’m going to keep going. I’m going to try to play and compete.”

As Djokovic proved in 2021, he should never be written off.

January 21, 2023 Tennis Comments Off on Djokovic’s injury is proving troublesome — but he can never be written off
NFL News