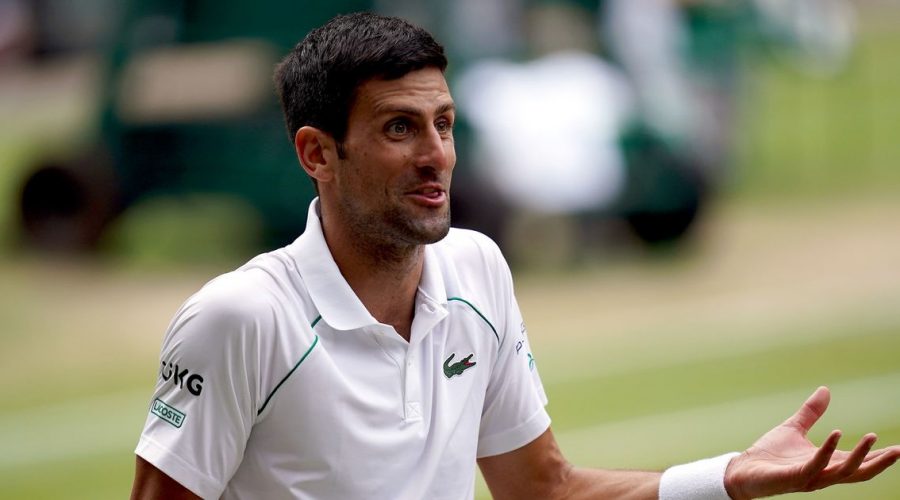 Novak Djokovic tested positive for coronavirus just over two weeks before he travelled to Australia and was subsequently denied entry to the country, his lawyers claim.

The World No.1 saw his visa cancelled earlier this week and he is spending a third day in a Melbourne hotel which is acting as an immigration detention facility as he battles deportation.

Djokovic, 34, travelled to the country for the Australia Open but his dreams of a 21st Grand Slam triumph soon turned to a nightmare as he was caught up in a row over whether he is exempt from Covid-19 regulations.

He is due for a court challenge against deportation on Monday and in his court application he insists he had a valid visa and medical exemption.

The court document, which was released on Saturday, also confirmed he tested positive for the virus on 16 December.

"Mr Djokovic had received, on 30 December 2021, a letter from the Chief Medical Officer of Tennis Australia (‘Exemption Certificate’) recording that he had been provided with a ‘medical exemption from COVID vaccination’ on the ground that he had recently recovered from COVID," the document reads.

"The Exemption Certificate also recorded that … the date of the first positive COVID PCR test was recorded on 16 December 2021, it had now been 14 days, and Mr Djokovic had not had a fever or respiratory symptoms of COVID-19 in the last 72 hours."

Djokovic, who is opposed to vaccination but has never confirmed if he has or has not had the jab, believed he had papers from the Department of Home Affairs stating he met the requirements to travel with quarantine.

Tennis Australia (TA), meanwhile, told players they could enter the country without being vaccinated if they had tested positive within the last six months.

They said in a statement: "The following has now been clarified as a category for which you may be eligible for a temporary medical exemption: Recent PCR-confirmed SARS-CoV-2 infection (after 31 July 2021) where a vaccination can be deferred until six months after the infection."

TA also declared that applications for medical exemption must be sent on or by 10 December 2021, which is six days before Djokovic tested positive.

The sporting organisation's advice seemed to be contrast to the rules stipulated by Health Minister Greg Hun.

And upon landing at Melbourne Airport the Serbian superstar was denied entry with Australian Border Force (ABF) officials claiming he had "failed to provide appropriate evidence".

January 8, 2022 Tennis Comments Off on Djokovic tested positive for Covid on 16 December as he battles deportation
NFL News