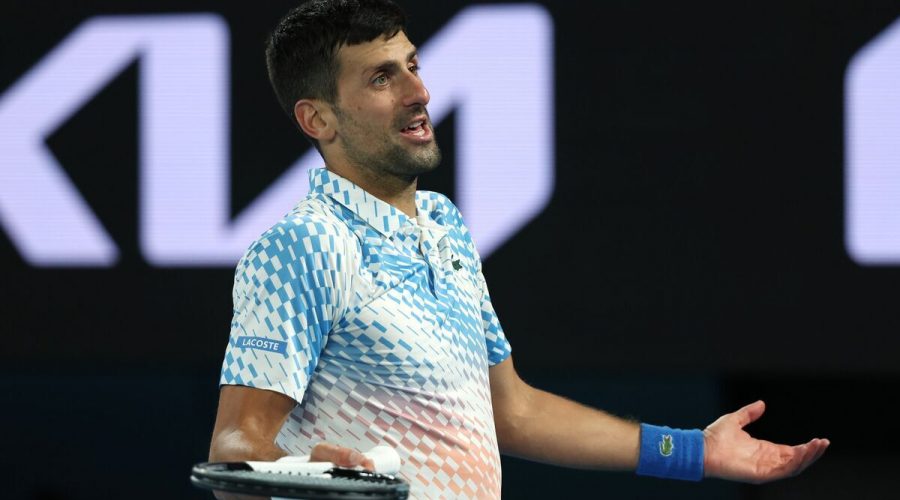 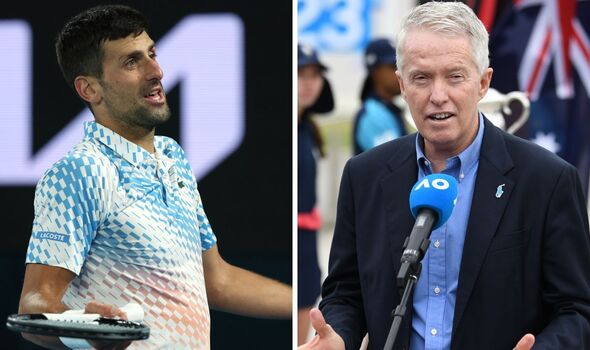 The Australian Open tournament director has responded after players including Novak Djokovic complained about “drunk” and disruptive fans during their matches in Melbourne. The nine-time champion asked for a spectator he claimed was “drunk out of his mind” to be removed from the crowd during his second-round match but Craig Tiley has now hit back and defended the fans.

Djokovic and Denis Shapovalov were left unimpressed in their respective second-round matches at the Australian Open when they were disturbed by fans in the crowd. The Canadian claimed that one spectator had “a beer too much” after disrupting his service game early in his match against Taro Daniel, while the fourth seed was successful in having someone kicked out of his own match against Enzo Couacaud.

Craig Tiley, the tournament director and Tennis Australia CEO, has now defended the fans in Melbourne Park and hit back at the claims made by Djokovic and Shapovalov, insisting the spectators had been good so far. “We’re going to get probably 800,000-plus fans in the two weeks, and I think for the most part, the fans have been great,” he told the Herald Sun.

Ahead of this year’s Australian Open, Tiley stated that anyone disrupting a match would be kicked out and reiterated his point that fans had been understanding of the rules. “It only takes one or two to be unruly, but if you come on-site and you’re going to be disruptive to the enjoyment of the other fans, we really don’t want you here,” he continued.

“We’d rather you stay at home or we’ll kick you out. The fans know that. I don’t have to keep repeating that. I think the fan behaviour has been good so far.” His words come after a group of fans dressed up as the Where’s Wally character were booted out of Djokovic’s second-round match in the fourth and final set.

The spectators had been making noise during the Serb’s serve for a long period of time before they were finally removed, with Djokovic initially making light of their disruption. When one called out during his service motion in the third set, another fan could be heard shouting “shut up” and the fourth seed was quick to thank them.

But he finally grew tired of the disturbance in the fourth set as he approached umpire Fergus Murphy and called for them to be kicked out. “The guy is drunk out of his mind, from the first point he’s been provoking me,” the 35-year-old claimed.

“He’s not here to watch tennis, he just wants to get in my head. You heard him at least ten times, I heard him 50 times. What are you going to do about it? Get him out of the stadium.” While the umpire only asked the crowd to be respectful again, the fans were removed by a steward at the next changeover.

But Shapovalov didn’t get the same benefit during his own match, as he went 2-3 0-40 down on his serve in the first set following disruption from the crowd and approached the umpire, saying: “It’s so excessive. I mean they don’t need to be doing that, they had a beer too much and now they’re like fooling around, you know.”

As the 20th seed was in conversation with Julie Kjendlie, a fan in the crowd appeared to heckle him as he turned to face them and retorted: “Shut up.” While none of the spectators he had a problem with ended up being removed, he won the match in straight sets.