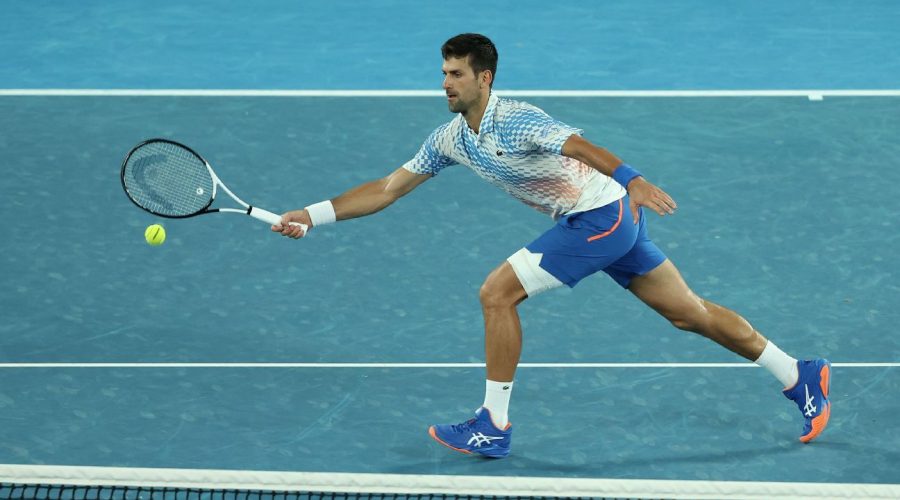 Former world No. 1 Novak Djokovic has said he does not “need to prove anything to anyone” as he responded to people saying he is “faking” his injury at the Australian Open.

Djokovic was dominant in a straight-sets win against Australian Alex De Minaur on Monday to extend his winning run at the Grand Slam to 25 matches despite dealing with a hamstring injury.

The Serbian quashed media comments questioning whether he is really injured.

“I leave the doubting to those people — let them doubt,” he said. “Only my injuries are questioned. When some other players are injured, then they are the victims, but when it is me, I am faking it. It is very interesting. I don’t feel that I need to prove anything to anyone.

“I have got the MRI, ultrasound and everything else, both from two years ago and now. Whether I will publish that in my documentary or on social media depends on how I feel. Maybe I will do it, maybe I won’t.

“I am not really interested at this point what people are thinking and saying. It is fun, it is interesting to see how the narrative surrounding me continues, narrative that is different compared to other players that have been going through similar situations.

“But I am used to it, and it just gives me extra strength and motivation. So I thank them for that.”

Djokovic did not compete in the Australian Open last year, as he was deported on the eve of the tournament in Melbourne after he arrived in the country without being vaccinated against COVID-19.

The No. 4 seed for the tournament won the Grand Slam in 2019, 2020 and 2021, and he has returned in dominant style to set up a quarterfinal tie with Andrey Rublev on Wednesday.

Asked about Djokovic’s injury, De Minaur said: “I think everyone’s kind of seeing what’s been happening over the couple weeks. It’s the only thing everyone’s been talking about.

“I was out there on court against him. Either I’m not a good enough tennis player to expose that, or it looked good to me.”

Djokovic was backed by former world No. 1 Victoria Azarenka, who recalled being questioned over her 10-minute timeout for a rib injury in the Australian Open semifinal match against Sloane Stephens in 2013.

Speaking on Tuesday, Azarenka said: “[The Stephens fallout] was one of the worst things that I’ve ever gone through in my professional career, the way I was treated after that moment, the way I had to explain myself until 10:30 p.m. at night because people didn’t want to believe me.

“I actually can resonate what Novak said the other day. There is sometimes, like, I don’t know, incredible desire for a villain and a hero story that has to be written. But we’re not villains, we’re not heroes, we are regular human beings that go through so many, many things.”

“Assumptions and judgments, all those comments, are just s— because nobody’s there to see the full story. It didn’t matter how many times I said my story, it did not cut through.”

January 24, 2023 Tennis Comments Off on Djokovic: I don’t ‘need to prove’ I am injured
NFL News