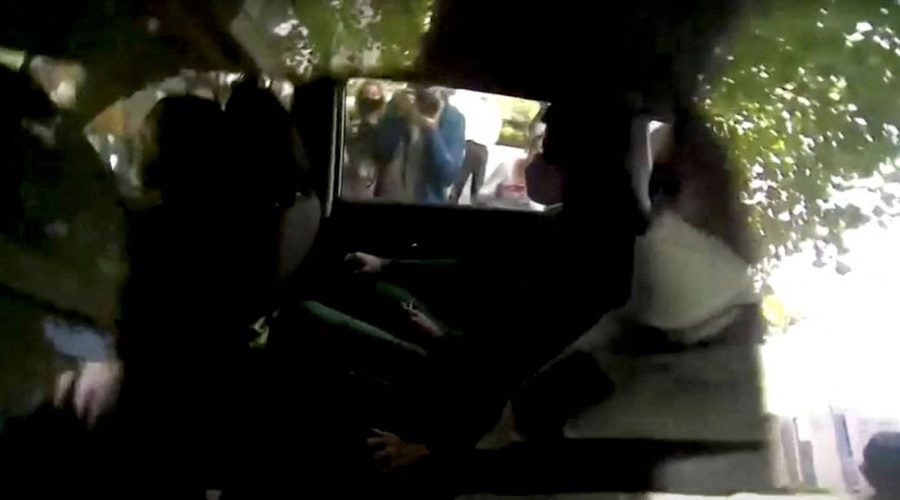 World No 1 Novak Djokovic has been detained by Border Force and returned to the notorious immigration hotel following his interview at a secret location as his fight to remain in Australia rumbles on.

Djokovic's name has dominated headlines over the past few weeks, in what has been a rollercoaster ride for the Serb ahead of the Australian Open.

On Friday, Australia's immigration minister Alex Hawke rejected Djokovic's visa for a second time – having initially had it revoked on arrival in Melbourne after receiving a medical exemption before a court hearing on Monday then ruled in his favour.

Djokovic has come under immense criticism in recent days – with it since emerging that he provided false information on his immigration forms when he landed in the country.

And his problems got a whole lot worse after the unvaccinated Serb admitted to deliberately breaking Covid isolation rules after testing positive for the virus on December 16.

Despite Hawke's decision, Djokovic and his lawyers aren't going down without a fight and he has now again appealed Friday's verdict – with a hearing set to take place in Melbourne on Sunday morning local time.

Before then, he was told to report for an interview with immigration officials before he was eventually sent back to the immigration detention centre at the Park Hotel – where refugees are usually held.

A motorcade was seen moving from his lawyers' offices – where he had been detained under armed guard – to the Park Hotel where he stayed after his visa was initially revoked.

According to the Daily Mail on Friday night, Djokovic met up with Border Force at a secret location as he desperately looks to stay in Australia and land a record-breaking 21st Grand Slam title.

Djokovic began his interview with immigration officers at 8am local time on Saturday, before he later attended a Federal Court hearing online – which was overseen by Judge David O'Callaghan at his solicitors' office.

He was then detained by Border Force following a court-ordered arrangement, that was agreed on Friday.

It's a nervous wait for Djokovic, who could soon be deported and reportedly banned from Australia for three years if his second appeal doesn't go in his favour.

It's set to be a hectic few days for Djokovic with legal proceedings only coming to an end on Sunday before the Australian Open kicks off on Monday.

Djokovic is currently down to start his Australian Open campaign against compatriot Miomir Kecmanovic on Monday.