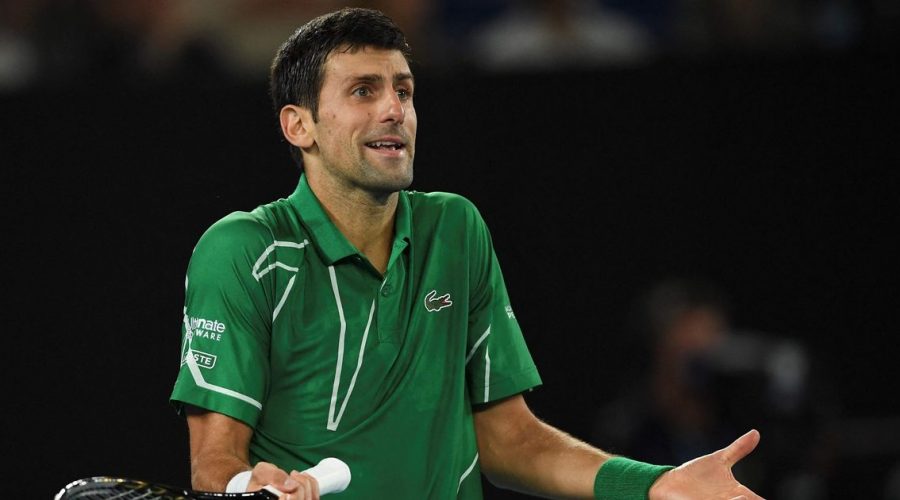 The federal government intervened last Thursday to cancel Djokovic’s visa, which is needed to get into the country to compete in the Australian Open due to vaccination requirements.

Djokovic argued he had received a vaccination exemption allowing him to play in the Australian Open, but his exemption was only signed off on by Tennis Australia and the Victorian government rather than the federal government.

Border officials had previously ruled Djokovic did not meet the exemption criteria whereby all non-Australians had to be fully vaccinated against Covid. The world number one reportedly provided officials with a medical exemption given to him by Tennis Australia and two medical panels.

LATEST: Follow all the Novak Djokovic developments as they happen here.

Following the Serb’s successful appeal on Monday, the Australian government agreed to revoke their decision to cancel his visa. It means Djokovic will be released from detention and get his passport and other personal items back.

The government conceded they didn’t give Djokovic enough time to build his case after notifying him of his cancelled visa. However, immigration minister Alex Hawke can personally intervene and decide to cancel his visa anyway – which would see Djokovic banned from Australia for three years.

It was a fact highlighted by the government’s lawyer, which states that Hawke would have to be satisfied that a ground exists to cancel the visa – in this case, the threat to public health as Djokovic is unvaccinated or it would be in public interest to cancel the visa.

After the opportunity to re-cancel Djokovic’s visa for the three years arose, judge Anthony Kelly warned ‘the stakes have risen rather than receded’.

“The first thing is that Novak was given the regular visa for Australia in November," he told Serbian TV ahead of the appeal decision.

“He got the medical exemption on December 30. That exemption is based on the verification of two independent medical panels – the first by Tennis Australia and the second by the Victorian government.

“So, he could travel based on the second verification. Two days later, Novak gets the formal document from the Department of Home Affairs that he can freely travel to Australia.

“I am sure the legal team in Australia will also use serious procedural shortcomings during his questioning.”

Australian Open qualifying begins on January 10, with the full tournament kicking off a week later and concluding on January 30.

January 10, 2022 Tennis Comments Off on Djokovic could be banned from Australia for three years despite appeal success
NFL News