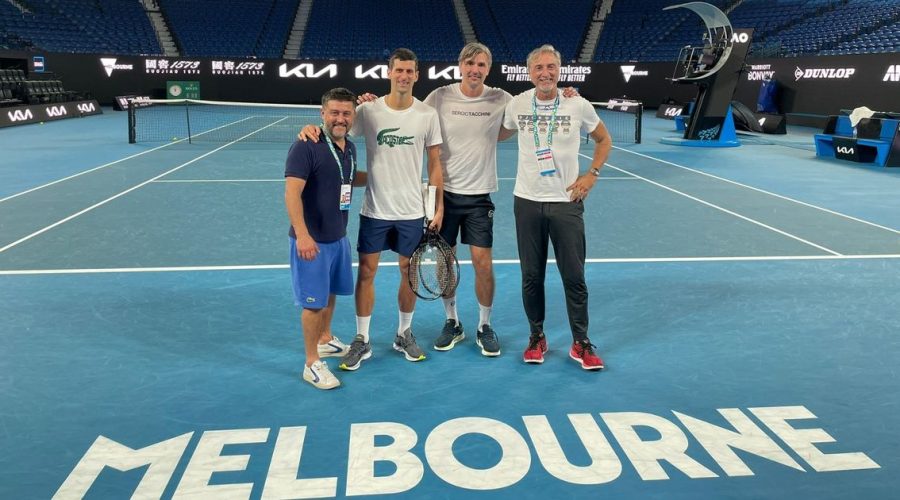 Novak Djokovic has spoken out for the first time since his legal team won a court appeal against the cancellation of his visa to enter Australia.

The ruling means the Serbian is set to play at the Australian Open next week, despite being stopped at the border upon his arrival in Melbourne and subsequent detention.

His lawyers successfully prevented his immediate deportation after his visa was cancelled last week, and Djokovic had spent the last few days in a detention hotel.

The Serbian's case was heard before a judge on Monday, at the end of which it was ruled that Djokovic would not be deported.

A delighted Djokovic has now thanks fans for their support on social media, and confirmed his desire to remain in Melbourne to compete at the first Grand Slam of 2022.

"I'm pleased and grateful that the Judge overturned my visa cancellation," he wrote on Twitter.

"Despite all that has happened, I want to stay and try to compete at the Australian Open. I remain focused on that.

"I flew here to play at one of the most important events we have in front of the amazing fans.

"For now I cannot say more but THANK YOU all for standing with me through all this and encouraging me to stay strong."

The timing of his statement coincided with a live press conference in Serbia, at which his uncle, parents and brother were speaking to the media following the judge's ruling.

Djokovic's mother Dijana hailed the victory in court as "the biggest win of his career".

"There has been a spectrum of emotions – sadness, fear, disappointment, there have been moments when he didn't have his phone with him," she said.

"I want to thank everyone in the world who stood up and supported him, that's what gave him the energy to fight inside that hotel.

"Our people gave him support, he could heard that, he couldn't see it. We all fought to show that injustice was being done.

"Thank God there is still justice on this planet and he has been freed and released. I think this is the biggest win of his career, bigger than any of the Grand Slams that he has won."

Meanwhile, his father Srdjan declared that "justice has prevailed" and accused Australian border officials of trying to trick his son into signing away his right to enter the country.

"They attempted to persuade him to sign to revoke his own visa, he refused to sign that document because there was no reason for it," he said.

"He had done nothing to contribute to that situation where they are asking him to revoke his visa.

"They gave him no right to communicate with his lawyer, his team, his friends, he was alone with them for several hours. They took his phone and I'm not even going to mention what else happened.

"They contacted his legal team and they prepared a fantastic defence, a defence that those who wanted to deport him could not match."

The press conference ended upon an interesting note, however, as the tennis star's brother Djordje called an end to all questions as the family was asked about Djokovic's positive Covid test on December 16.

That positive test formed the basis of Djokovic's medical exemption to enter Australia without proof of vaccination, as recently testing positive for the virus is one of the criteria for such an exemption.

But photographs have emerged from just a day later which showed the unmasked 20-time Grand Slam champion posing with children for photos.

And the Serbian is not yet guaranteed to stay in Australia, as a legal loophole gives immigration minister Alex Hawke the power to override the judge's ruling if he chooses.

Hawke has said he will be considering the matter, with a final decision unlikely to come on Monday.