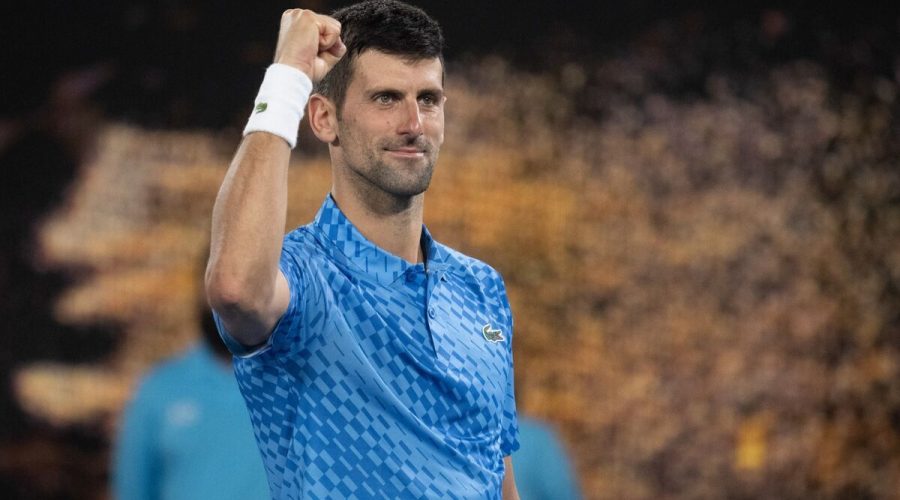 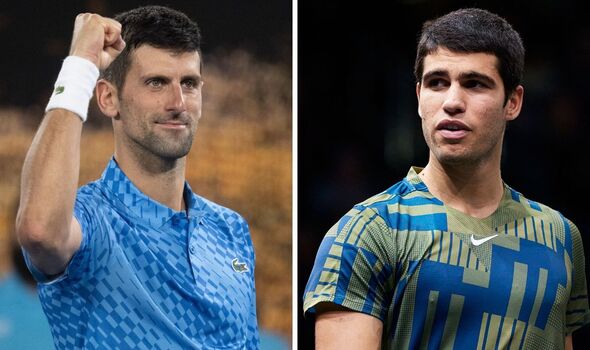 Carlos Alcaraz has sent Novak Djokovic and Stefanos Tsitsipas a message as both men still have a chance to overtake him as world No 1 at the Australian Open. The 19-year-old was left unable to play the first Slam of the year after picking up a leg injury in training but has been watching on from home and claimed he wasn’t “worried” about being pushed off the top spot.

Djokovic and Tsitsipas have a chance at dethroning Alcaraz to become the new world No 1 if one of them can win the Australian Open in the Spaniard’s absence. The Greek star is through to the last four while the world No 5 will contend his quarter-final match on Wednesday, and the pair could face off in a winner-take-all final with both the title and the top spot in the rankings on the line.

It has left Alcaraz to watch on from home as he could relinquish his ranking after being forced to pull out ahead of the tournament when he got injured in practice, and the six-time title winner admitted it was tough to see everyone playing when he knows he should have been there. But the teenager isn’t fussed about losing his spot at the top as he admitted that either man would deserve to be the world No 1 if they were able to get there.

“I am watching the Australian Open from home and it is hard because I think that I am the one who could be there, but I am a positive person and I think that this break is good for me to realise some things that I could do better on the court and out of it,” the US Open champion said as he collected a Laureles award from the Official College of Journalists of the Region of Murcia.

JUST IN: Australian Open LIVE – Djokovic ‘one step away’ from withdrawing

“I’m watching what Djokovic and Tsitsipas do, but it doesn’t worry me. To take the No 1 number from me there, either of them has to be champion and if it happens it will be because the one who achieves it will deserve it more than me.”

Meanwhile, Alcaraz admitted that he had a tough season ahead of him after an incredible breakthrough in 2022 that saw him rise from No 32 to the top of the rankings and win five titles, including his maiden Grand Slam title at the age of just 19. He continued: “It will be a year of pressure for me because of the titles I won in 2022 and this is very long and it can start well and end badly or vice versa.”

The Spanish teenager is now desperate to get back on the match court following a prolonged injury break that has lasted since November. Alcaraz suffered an abdominal injury during his Paris Masters quarter-final against Holger Rune and was forced to end his 2022 season early, and the new leg injury has postponed the start to his 2023.

“I’m progressing well and fast and a few days ago I went back to training on the court,” Alcaraz revealed. “I really want to play, more than ever, because I’ve never been without competing for so long.”

January 25, 2023 Tennis Comments Off on Djokovic and Tsitsipas receive Alcaraz message amid bid to snatch No 1
NFL News