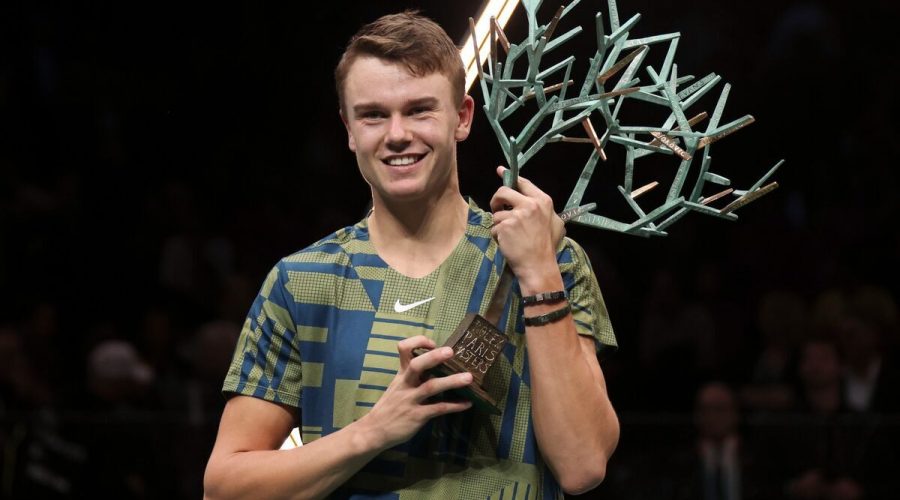 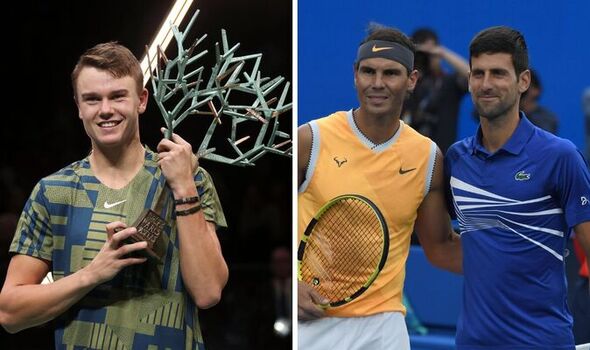 Novak Djokovic and Rafael Nadal are set to have even more players threatening their chances to win the big titles next season as recent Paris Masters winner Holger Rune has shared his confident goal to lift his first Grand Slam title in 2023. The teenager started the year ranked outside of the top 100 and ended it by making his top 10 debut, and he is now eyeing even more success after upsetting Djokovic to win the biggest title of his young career.

Rune has been one of the breakout players of the season, starting the year at world No 103 before making his top 10 debut just 11 months later after winning the Paris Masters. Born just six days before Carlos Alcaraz, his impressive season went somewhat under the radar compared to his fellow teenager but he proved he was just as exciting as the Spaniard when he became the first man to beat five top 10 players en route to a title outside of the ATP Finals.

The Paris Masters title was the culmination of an already-successful year for the Dane, who defeated Alexander Zverev en route to his maiden title in Munich back in May before downing Stefanos Tsitsipas to win Stockholm, ending the year with nine top 10 wins to his name. And Rune is now bidding to have an even bigger season in 2023 as he shared his belief that he could lift a Major title.

“Earlier this year I increased my goals from end year 25 to end year top 15,” the current world No 11 exclusively told Express Sport, having exceeded his expectations when he made his top 10 debut on November 7, with himself and Alcaraz becoming the first teenage duo in the top 10 since Djokovic and Andy Murray 15 years ago.

“I haven’t made my goal plan for 2023 yet, I normally do this with my coach in pre-season, but for sure now I will focus on winning Grand Slams,” the three-time title winner continued. Rune was confident in his aim as he explained why he believed he could add his name to the list of Grand Slam titles and deny Djokovic and Nadal the chance to set new records.

He added: “I believe I can. I have won ATP 250s, made the final of an ATP 500 and won a Masters 1000.” As for his ranking, it was another sky-high goal for the confident Dane who was eyeing the next milestone of reaching the top five, while he toyed with the idea of becoming the world No 1.

“And for sure a ranking inside the top five will be my goal for 2023,” Rune said. “Maybe even 1-3.” While Rune is aiming high, he has already proven that he can outperform even his own expectations as he had hoped to win at least one tournament at ATP 250 level this year while trying to do well at the bigger events, instead ending the year with a Masters title, two ATP 250s and his first Grand Slam quarter-final at the French Open, where he beat last year’s runner-up Tsitsipas.

Reflecting on his season, the world No 11 said there hadn’t been one clear turning point as he revealed the work that went into achieving his breakout results. “I knew 2022 would be a challenging year,” he explained.

“There is not one single tournament that wasn’t the first time for me. My goal was to win an ATP 250 and do as good as possible in Masters 1000s and Grand Slams. There is no easy way to success. It takes a lot of hard work to win tournaments and compete at the highest level.

“This meant that I had to do better in every single area of my game and also outside the court in terms of what I eat etc. There is not one thing that made 2022 a success. It’s all the small improvements in everything I do every day that made 2022 a good year for me.”