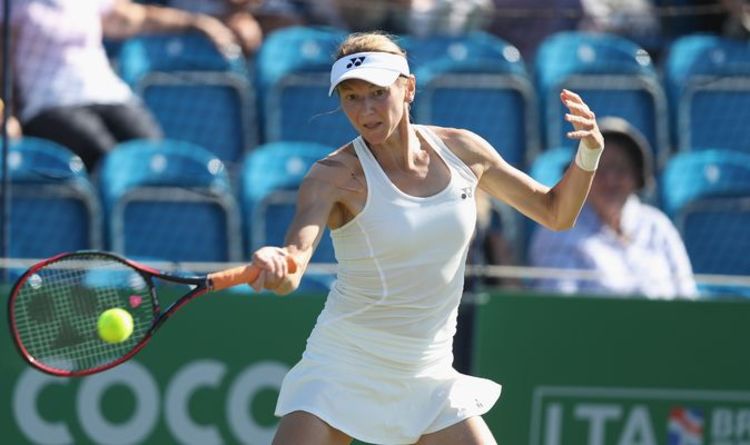 Czech tennis player Renata Voracova has vowed to demand compensation off Tennis Australia after opening up on her harrowing interrogation at Melbourne Airport. Like Novak Djokovic, Voracova arrived Down Under last week believing her visa was sufficient, having been granted a medical exemption to play in the Australian Open.

However, both stars had to endure having their visa revoked and were subjected to intense questioning from border force officials, before being transferred to a Government detention hotel in Victoria with a view to being deported.

Voracova, 38, opted to fly home when she was released on Saturday but Djokovic launched a legal appeal against the decision, and on Monday a judge ruled in his favour.

His participation in the first Grand Slam of 2022 still remains in serious doubt though, with immigration minister Alex Hawke still possessing the power to cancel his visa for a second time.

Allegations have also now emerged that Djokovic, 34, lied on his immigration form, an offence which carries a maximum penalty of 12 months in prison.

Voracova’s ordeal didn’t match the media frenzy that the Djokovic saga has triggered, but the doubles specialist has admitted being reduced to tears after being detained.

“I didn’t expect that in the darkest dream, it was just too much,” she told the Denik newspaper.

“I was worried. I didn’t feel safe until I was back home, nothing was certain.

“It was as if I were watching a film – a long interrogation with instructions such as ‘undress, get dressed’. Yuck, I don’t even want to think about it, let alone live it again.”

Voracova revealed she had spent 60,000 Czech crowns [2,460 euros] on her air ticket, while her coach had also travelled with her, and demanded reimbursement for the “time, hotels, training for the Grand Slam, and potential prize money,” that had gone to waste.

“I hope Tennis Australia will face up to it and that we won’t have to take legal steps,” she said, before adding the experience had put her off the sport in the short-term.

“I’m not thinking about tennis. I’m still waking up from the shock, I haven’t processed it yet. I’m exhausted.”

The fact that Voracova, who opted against appealing her deportation, had to return home while Djokovic remained in Australia with the same exemption has prompted questions of fairness from pundits.

However, after landing back home she described the Serbian winning his case as a “good thing.”

“Hopefully he can play because that is what we went there for – to play tennis and not be part of any inside games,” she added.

Hawke is expected to make his final decision on the world No 1 on Wednesday.