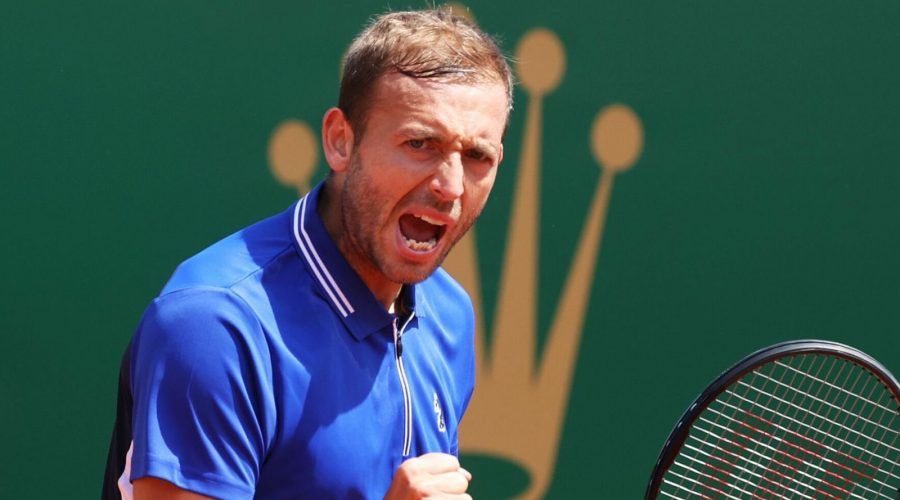 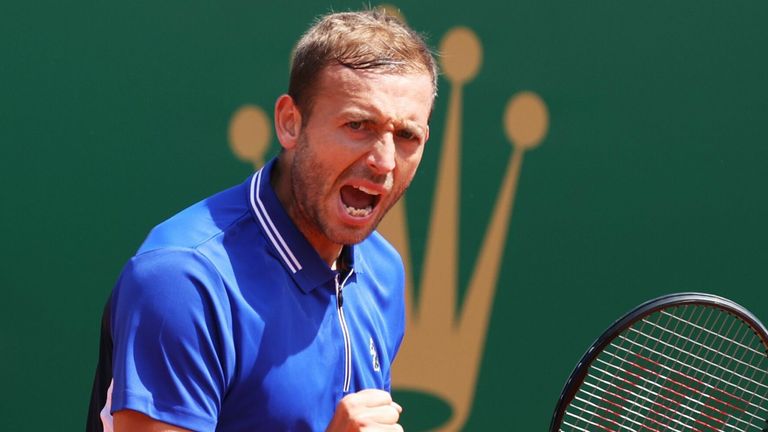 Dan Evans followed up his stunning upset of Novak Djokovic at the Monte Carlo Masters by coming through in three sets against David Goffin to reach the semi-finals.

Evans stunned world No 1 Djokovic on Thursday for the biggest win of his career and he carried on his fine form in the Principality to battle to a 5-7 6-3 6-4 victory over 11th seed Goffin.

The British No 1 has now earned as many tour-level clay-court victories and wins at Masters tournaments this week as in the rest of his career combined and could surpass his career-high ranking of 26 next week.

Players to defeat Novak Djokovic on clay since 2019:

“I played good today,” said Evans. “I felt a bit more pressure today to not [just] win yesterday and give a bad performance today. It wasn’t easy after the match yesterday, I felt really tired afterwards. To get back and focus, it was difficult.

“I am proud of how I came back today, especially with what happened in the first set. I felt [my] concentration wasn’t great and I am really happy with coming through. Yesterday, would not have been worth it with a bad performance today.

“He was being aggressive towards me. At the start, I was [having to] retrieve. He got on top and I could feel that. He had a little chance at the start of the second set, which I got out of and it just turned it for me, I think.”

As he had against Djokovic, Evans began superbly but Goffin found his range on his forehand at the end of the opening set, recovering from 3-5 to take it with a run of four games in a row.

But he could not maintain that level and Evans forged ahead early in the second set, this time holding onto his advantage.

How would you sum up Dan Evans' week in Monaco?#BackTheBrits 🇬🇧 pic.twitter.com/z7MpPcYeI0

The 30-year-old has a rare ability to bring out his best at the biggest moments and he dug in brilliantly to save four break points at 4-4 in the deciding set – he saved 15 of 17 during the match.

Goffin could not show similar fortitude and a wild final shot drew a huge roar from Evans as he celebrated setting up a last-four encounter with Stefanos Tsitsipas.

Evans, who will be partnering Neal Skupski in the doubles quarter-finals event later on Thursday, admitted, “I feel fine. Yesterday, was a bit busy [with] a lot of people messaging and a lot of people speaking, so I didn’t use my phone too much after. It was a little draining yesterday, but I’ll take it.”

Live for moments that make you come alive. @rolexmcmasters pic.twitter.com/HRxpbViRB8

Greek star Tsitsipas advanced to the semi-finals when his opponent, Alejandro Davidovich Fokina, was forced to retire due to injury having lost the first set 7-5 on Court Rainier III.

April 16, 2021 Tennis Comments Off on Dan Evans through to the Monte Carlo Masters semi-finals after superb win over David Goffin
NFL News