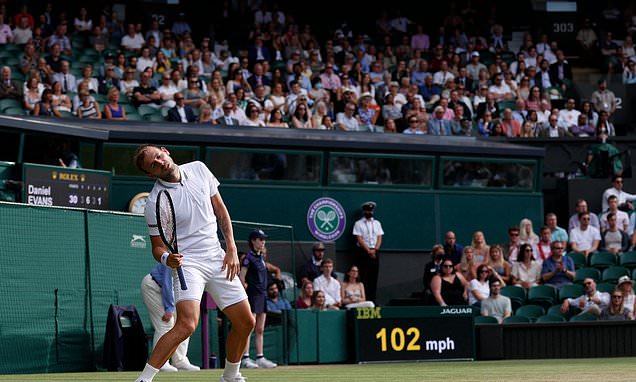 The British number one has never made it to the second week at his home grand slam and falls at this stage for the third time after a 6-3 3-6 6-3 6-4 loss.

Evans, who also went out in the third round in 2016 and 2019, will be frustrated by this defeat as several net cords went against him at key moments, but he lost to a 20-year-old who looks destined for the top. 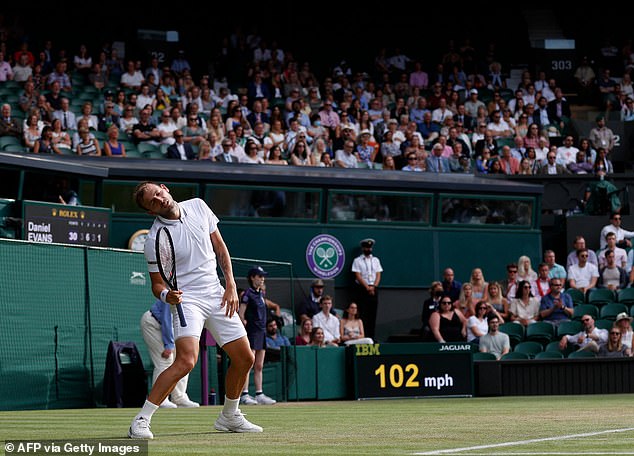 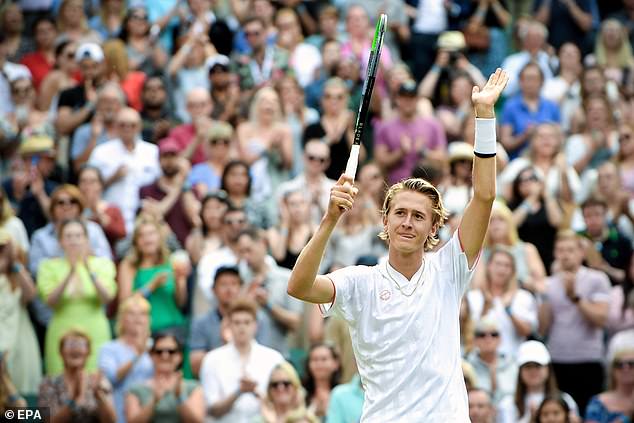 Korda comes from a rich sporting family as his dad Petr was a former world number two and his sisters are leading golfers, with Nelly the current world number one.

It is a path that he too could follow as he has the game to match the best, with a powerful serve and good movement around the court, and he will play 25th seed Karen Khachanov in the fourth round on Monday on what is his 21st birthday.

Things could have been different had Evans, seeded 22 and the favourite coming into the match, taken some early break points midway through the first set, but Korda held on and inevitably struck in the next game.

Evans went long with a forehand at break down point at 3-4, allowing the American to serve it out and he got the job done with an emphatic smash at the net. 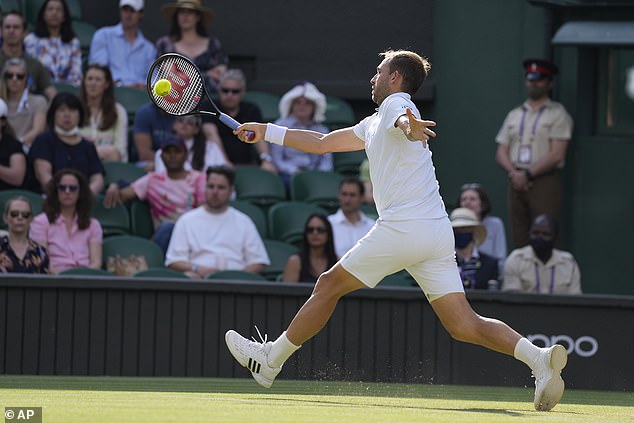 The 31-year-old was not out of the encounter and took advantage of a rare error-prone service game from Korda midway through the second set to break serve and he was able to serve out to level at one set all.

The match was effectively decided in a 15-minute period in the third set where there were three consecutive breaks of serve.

Korda took Evans’ delivery to love to go 4-2 up but the Brit battled straight back to win a mammoth game, eventually winning on his fourth break point.

He could not build on it, though, as he was immediately broken again at 4-3 and Korda quickly closed the set. 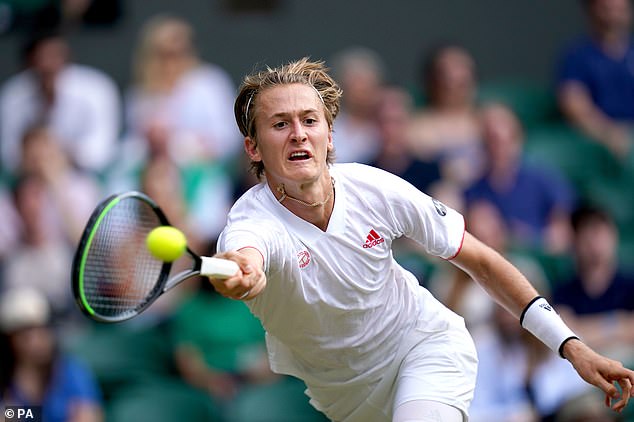 Again Evans had chances and he will go to bed ruing another exchange of breaks in the fourth set.

After getting his nose in front to go 4-2 up, he could not take advantage of his lead and a really poor service game allowed Korda to break.

With it went Evans’ spirit as that was the first of four games that the American reeled off to mark his Centre Court debut in style.