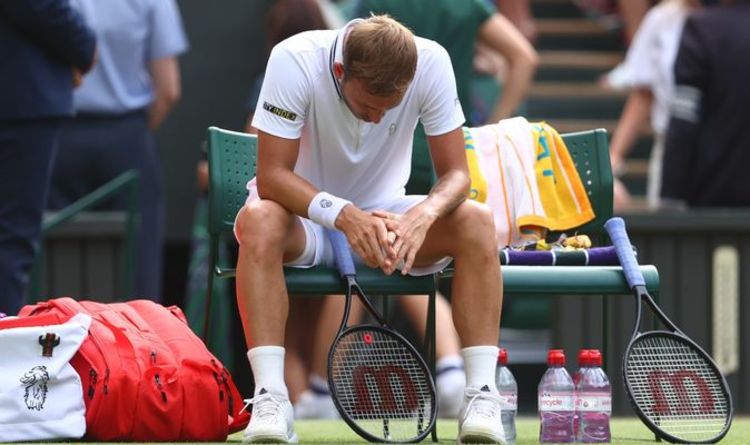 Sebastian Korda, son of the former Grand Slam champion Petr Korda, will only celebrate his 21st birthday on Monday. This was the rangy young American’s first Wimbledon.

Korda is rated as the USA’s next big hope, with three times Wimbledon winner John McEnroe reckoning that the Florida-based youngster is a future top ten player and Grand Slam winner.

And the fledgling showed that last night, as on a Centre Court that he seemed totally at home on and against a player who was 22nd seed, with the home crowd backing him, he ran out a deserved 6-3, 3-6, 6-3, 6-4 winner.

But Evans, ranked 26th to in the world to Korda’s 50, was left cursing, after a battling match which actually saw him go 4-2 up in the fourth set – and yet blow it as his erratic game let him down once again.

Evans, 31, said: “I had chances. I just couldn’t string my tennis together in long enough periods. 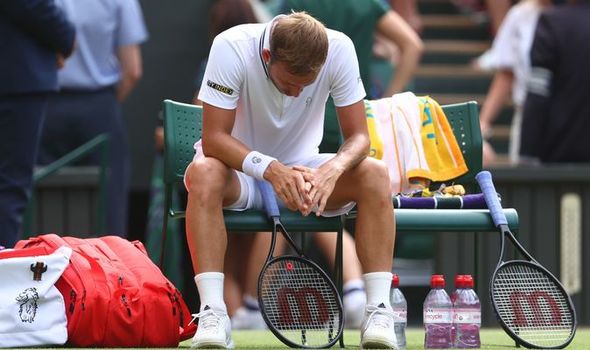 “It’s difficult. It’s more disappointment than anything. It was a good chance to have a decent run. I didn’t turn up.

“I didn’t play a good match. It’s an amazing court to play on, a great atmosphere. But I didn’t get my game on the court. It was not a great day. It’s a tough one to take.

“I didn’t feel any more pressure because I was playing on Centre. He probably played the better tennis – that was the difference.”

To say Korda comes from a sporting family is putting it mildly. His sister Nelly, 22, won the Women’s PGA Championship in Atlanta last Sunday to become world No.1 for the first time. 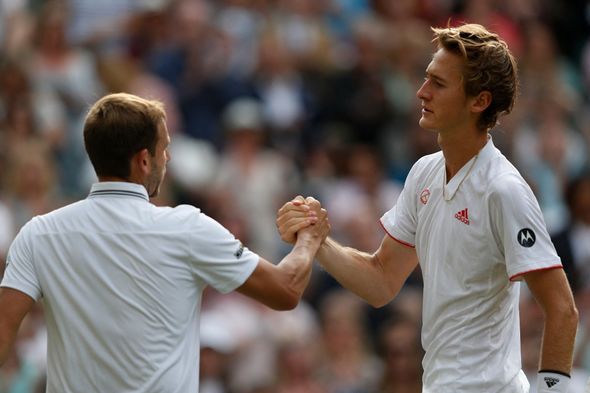 There is clearly something in the genes. In a see-saw match, the hugely talented Korda took the first set as he pounced on Evans’ erratic serving, but the British player, who had up until now had a good Wimbledon and was himself bidding for the fourth round for the first time, hit back to claim the second.

But the skillful Korda was not fazed and kept the pressure on Evans, surviving several break points as he took the third set. Evans fought hard and actually went 4-2 up in the fourth, but Korda, as Evans imploded, kept his cool, and stormed back to win.

Korda, who will now face Russian Karen Khachanov on Monday, said: “I stayed calm in the big moments.

“I stayed relaxed. I’m proud of myself. It is a big achievement. A year ago I was 220 in the world and now I am in the fourth round at Wimbledon. It’s incredible.”